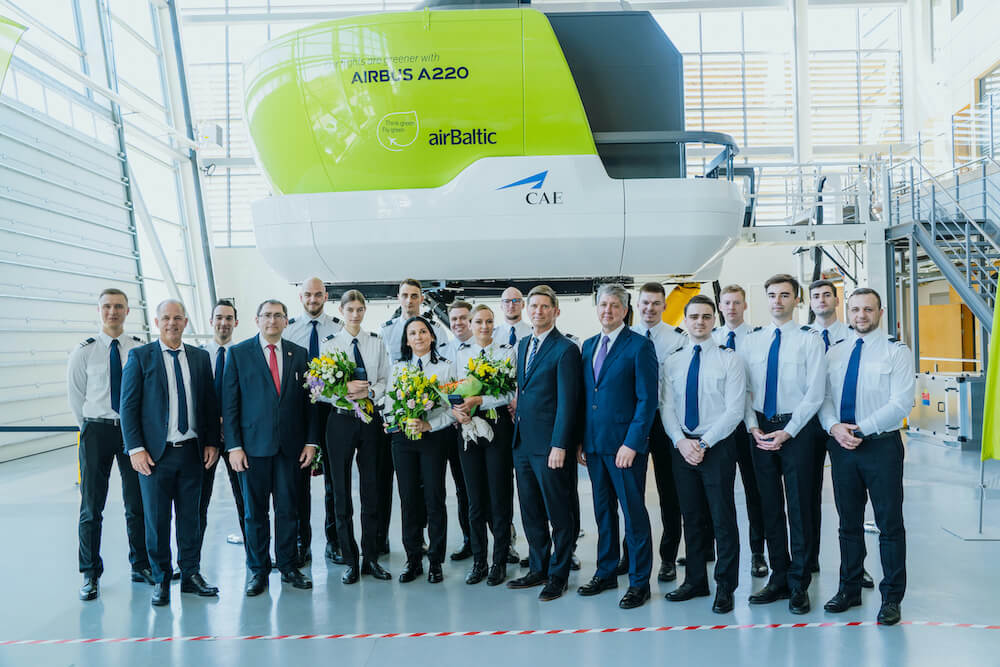 On May 16, 2022, 16 students graduated from the Latvian airline’s airBaltic Pilot Academy, receiving a commercial pilot license upon completion of the full-time airline transport pilot program.

Transport Minister Talis Linkaits, congratulating graduates and new students of the academy: “The aviation sector is back to its regular operations it had before the pandemic crisis.

“Thus, in the coming years, demand for pilots and other aviation professionals will only grow”.

The minister underscored that Riga is being developed as the central aviation hub in the Baltic states and airBaltic has become a significant market player in Europe, therefore well-trained personnel is one of the key factors in retaining these positions. 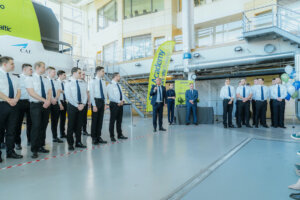 Martin Gauss, Chief Executive Officer of airBaltic: “This is the largest graduation ceremony we have seen so far at the airBaltic Pilot Academy. It marks a significant milestone for the program, which has so far prepared a total of 42 commercial pilots.

“We also congratulate the young and determined students of the 12th group who started their studies today.”

The new group of students is the first to start studies under the new improved payment structure.

Students of the airBaltic Pilot Academy will now have to cover the costs of studies until obtaining a private pilot licence level, costing approximately EUR 15 000.

Overall, there are now 72 active students at airBaltic Pilot Academy.