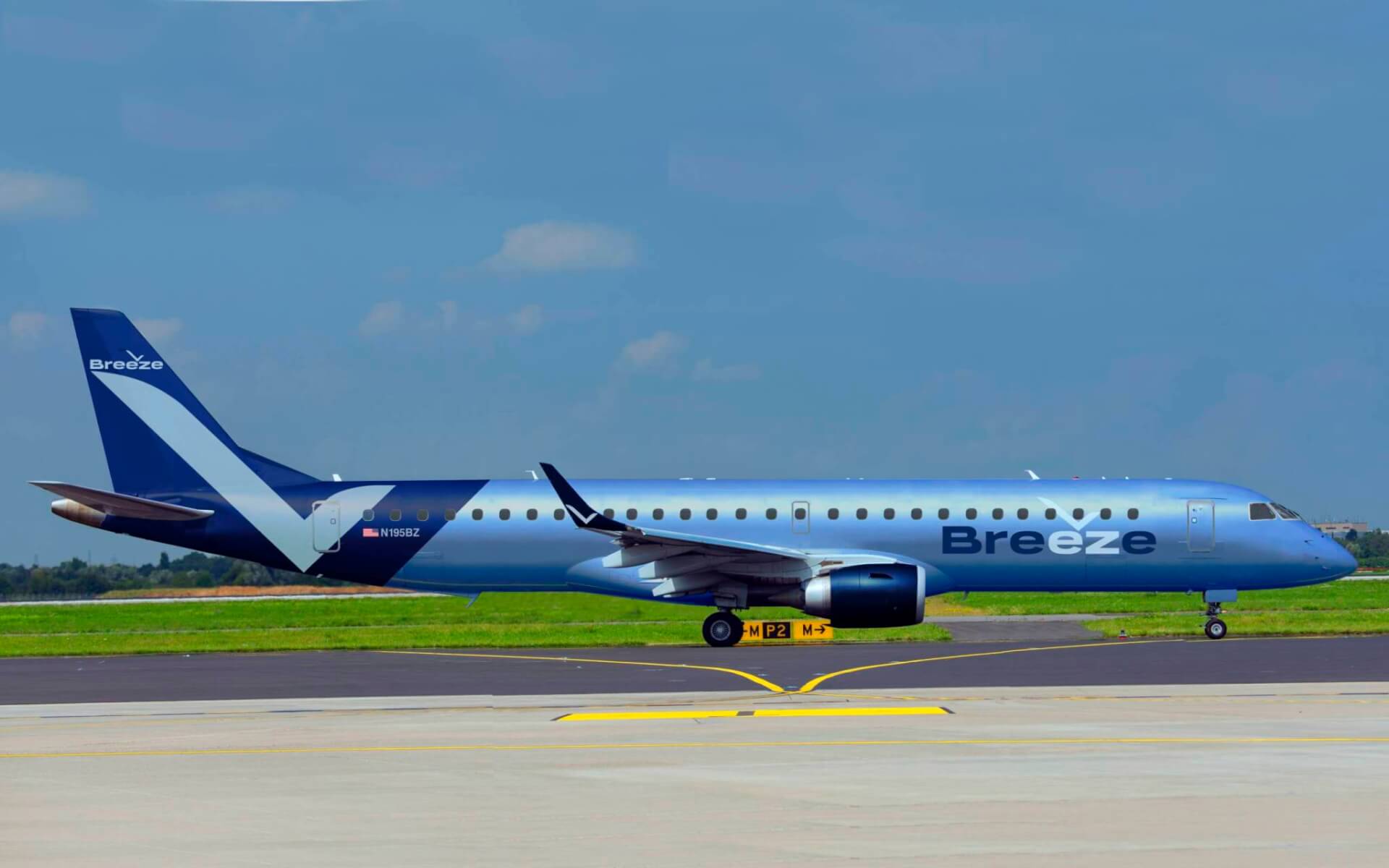 David Neeleman’s much discussed airline start-up, known until today by the placeholder title “Moxy,” has an official name:  Breeze Airways. The company, currently applying for its airline operating certificate with the Federal Aviation Administration and US Department of Transportation, hopes to be flying by the end of 2020.

Breeze will be Mr Neeleman’s fifth airline start-up after his four successful new entrants Morris Air, WestJet, JetBlue and Azul. Neeleman’s first airline, Morris Air, was the first to bring ticketless transportation to the industry. Then WestJet, JetBlue and Azul each delivered its own innovations — from JetBlue’s free in-flight LiveTV to Azul’s introduction of air service to destinations throughout Brazil that previously had none.

Similarly, Breeze’s initial markets will be mid-sized U.S. city pairs that currently have no nonstop service.  The airline start-up plans to connect these cities with low-fare, high-quality nonstop flights, with new consumer technology innovations, improving the flying experience while saving travelers both time and money.

Over the last decade, the major U.S. airlines have consolidated and concentrated their efforts at fortress hubs, resulting in diminished air travel options for entire segments of the country, with many routes now only served by connecting flights.

Breeze will be the combined result of Mr Neeleman’s life experience in the industry.  He has assembled a team of seasoned aviation veterans and the employee team will be hired and evaluated based on their commitment to customer service and kindness.

“Breeze will fly non-stop service between places currently without meaningful or affordable service,” said Breeze’s CEO and President David Neeleman.  “20 years ago, we brought humanity back to the airline industry with JetBlue.  Today, we’re excited to introduce plans for ‘the World’s Nicest Airline’.”

Breeze has ordered sixty brand-new Airbus 220-300 aircraft, with deliveries beginning in April 2021, and has leased thirty Embraer 195 aircraft from Azul, which will be to be delivered starting May 2020.