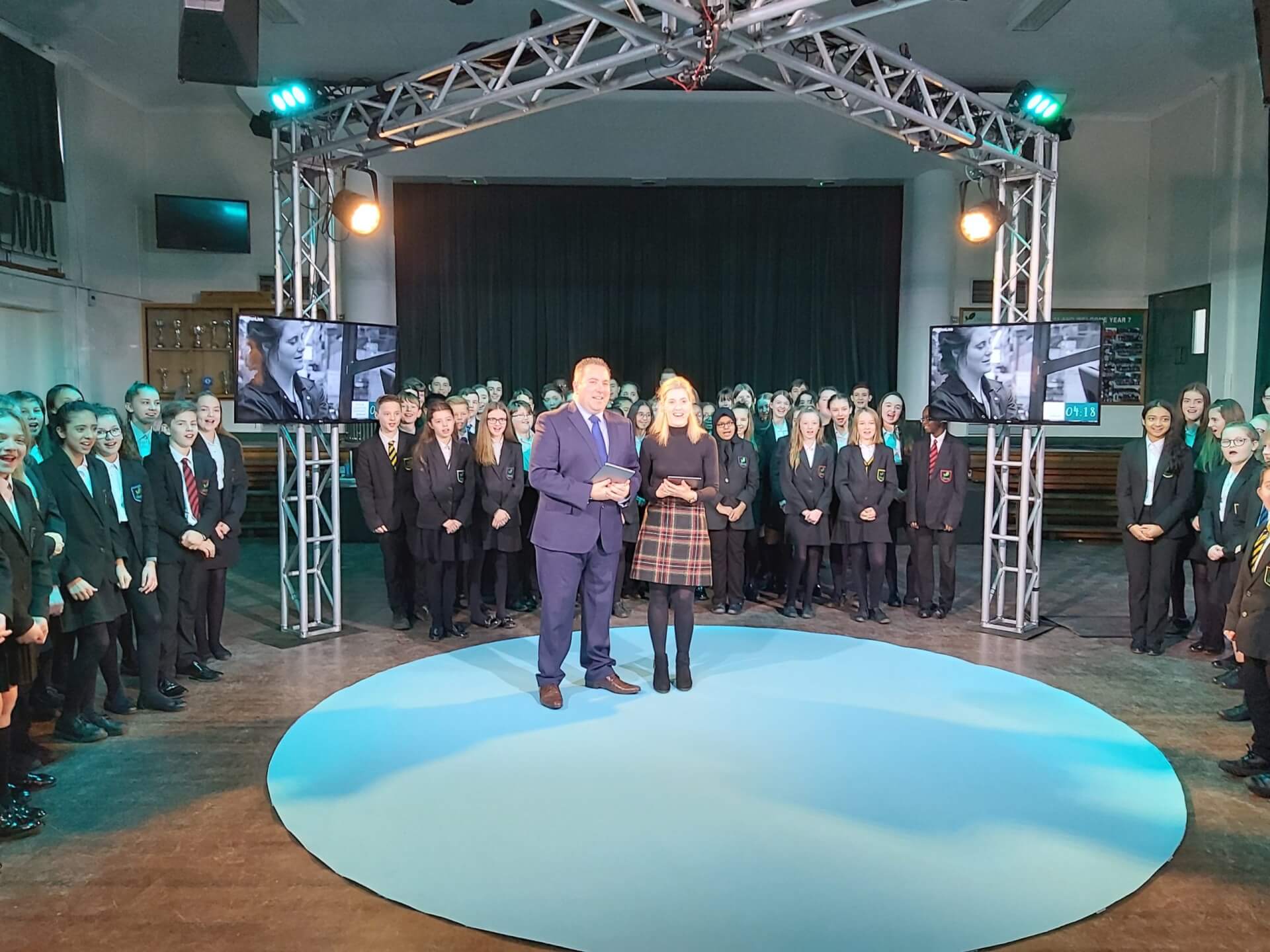 Thirty-five thousand students from three hundred UK schools tuned into ‘Aviation Live’ on the 4th February in a real-time broadcast designed to inspire young people to consider a career in aviation.

Children from as far away as Scotland and Cornwall tuned into the broadcast at Oakwood School, Horley, and put questions to airport staff in a ‘Top Gear-style’ studio format.

The event was purposely timed to coincide with National Apprenticeship Week and questions were put to easyJet’s first apprentice cabin crew member and a Border Force employee who completed an apprenticeship.

The live broadcast also ‘patched in’ to two Gatwick engineering apprentices standing beside the runway, while telling the 35,000 viewers about what inspired them to become an apprentice at the world’s most efficient single runway airport.

Throughout the broadcast, the children and young people were particularly interested in getting advice on the apprenticeship application process.

The event was organised by Gatwick and Learn Live – an organisation that brings live learning into the classroom – in a partnership specifically designed to encourage young people to pursue Science, Technology, Engineering and Maths (STEM) related-careers.

Liberty Frankland, Engineering Apprentice at Gatwick Airport said: “It was so inspiring to see the amount of engaging questions and the interest that everyone had in apprenticeships. I really hope they came away from Aviation Live with a new and positive view on the job opportunities there are at Gatwick and in the aviation sector.”

The Aviation Live event is part of Gatwick’s Education Employment and Skills programme, which includes other Learn Live broadcasts and airport roadshows designed to encourage local children to take Science, Technology, Engineering and Maths (STEM) subjects by demonstrating their relevance to a wide range of careers at the airport.

Gatwick’s broad community engagement programme – which includes Education Employment and Skills – is designed to generate meaningful and lasting impacts on the lives of local communities, particularly the young, elderly and other vulnerable groups.

Tim Rose, Teacher at Oakwood School, Horley, said: “The recording of Aviation Live was a great success and we had 100 Year 7 and Year 8 students participate as a live audience during the broadcast – watching with enthusiasm – and just a little bit of envy, as four of the Oakwood Year 11 students stood and asked questions from the runway at Gatwick Airport.

“The students were really excited and keen to get involved in the programme and were impeccably behaved throughout the live recording!”