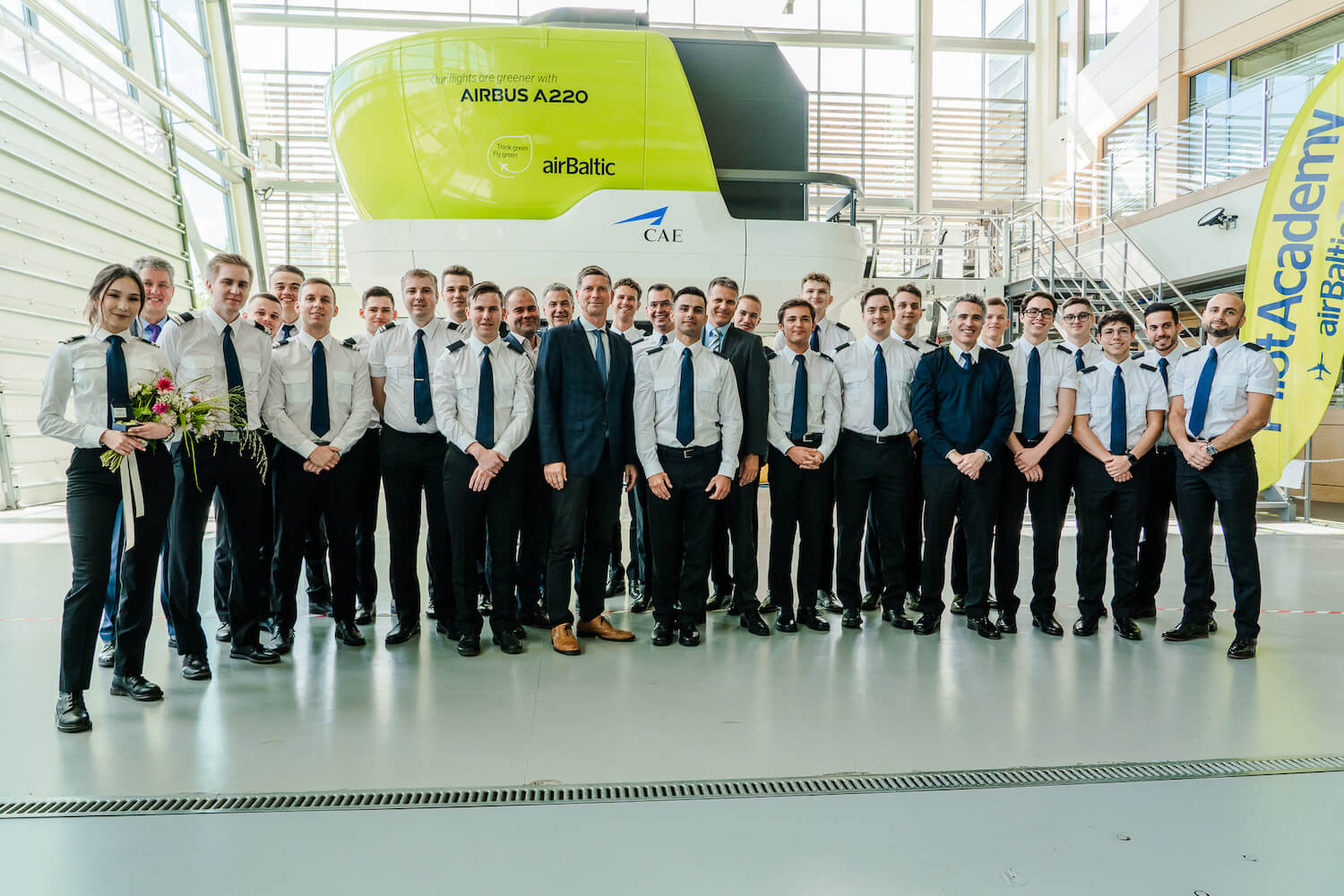 In addition, already the 14th group of 15 students began their professional pilot studies.

Martin Gauss, Chief Executive Officer of airBaltic: “This is the largest group of new students we have seen so far at the airBaltic Pilot Academy.

“It marks a significant milestone for the program, which has so far prepared a total of 65 commercial pilots.

“We also congratulate the determined students of the 14th group who started their studies today.”

As of this spring, new students of the airBaltic Pilot Academy will have to cover the costs of studies until private pilot licence level, costing approximately EUR 15 000.

Overall, there are now 75 active students at airBaltic Pilot Academy.

Most of the students are from Baltic countries, however, there are students also from other EU countries such as Germany, France, Finland, Spain and Italy among others.

Around 9% of airBaltic Pilot Academy students are female.