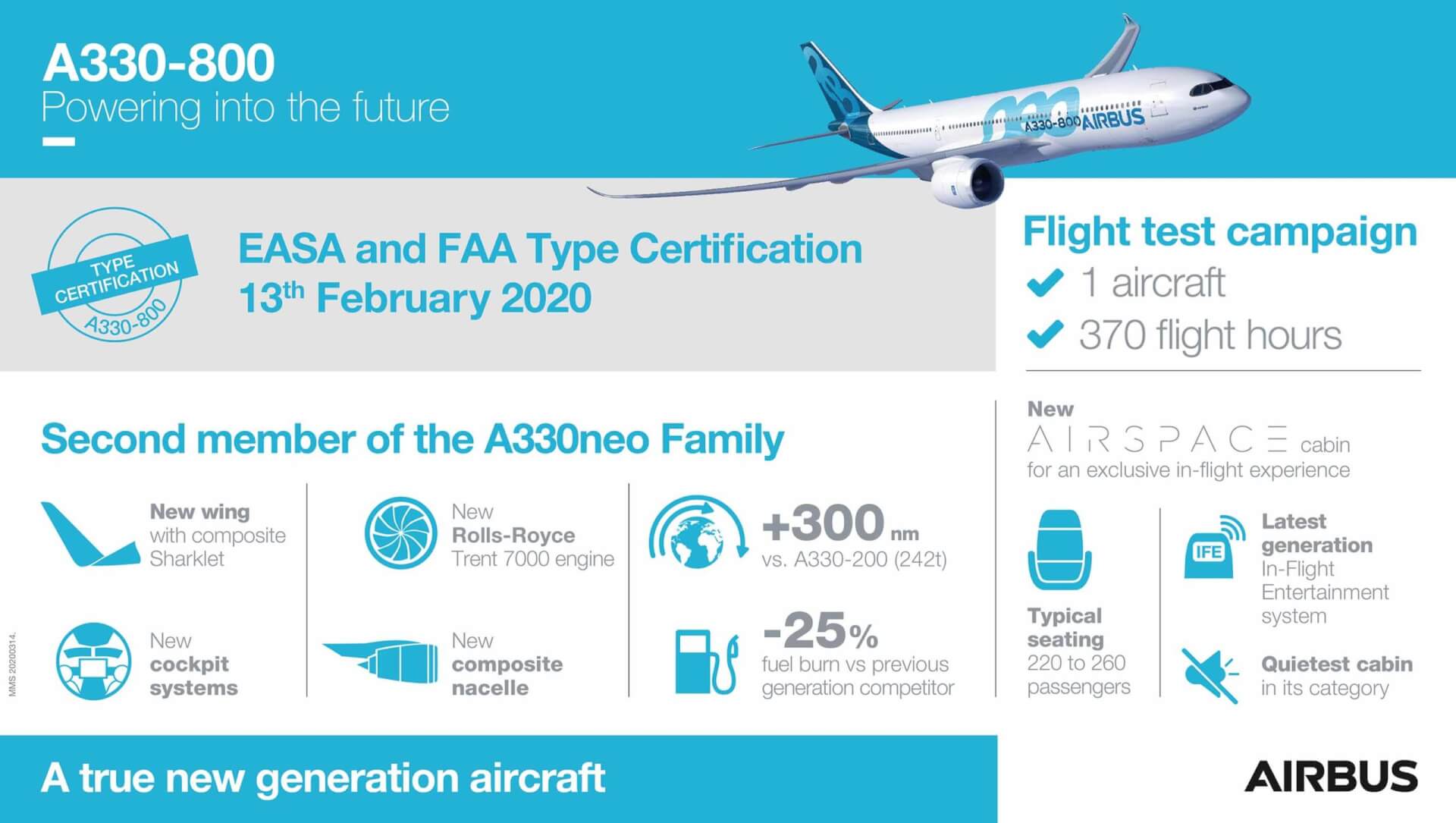 The A330-800 has received joint Type Certification from the European Aviation Safety Agency (EASA) and the Federal Aviation Administration (FAA). The aircraft’s certification flight-test campaign was successfully performed by aircraft MSN1888, which completed the programme in 370 flight test hours and 132 flights since its first flight in November 2018.

The A330-800, part of a true new-generation A330neo family, is the most efficient longest range entry-level widebody and incorporates new Rolls-Royce Trent 7000 engines, a new 3D-optimised wing and new Sharklets using lighter composite materials. Together, these advances bring a significant reduction in fuel consumption of 25 per cent compared with older generation competitor aircraft of similar size.

Certified initially with a maximum take-off weight (MTOW) of 242 tonnes for a range capability of up to 7,500 nautical miles, the A330-800 will typically seat 220 to 260 passengers in three classes, or up to 406 travellers in a single-class high-density configuration. To date the A330neo Family has won 337 firm orders from 22 operators.