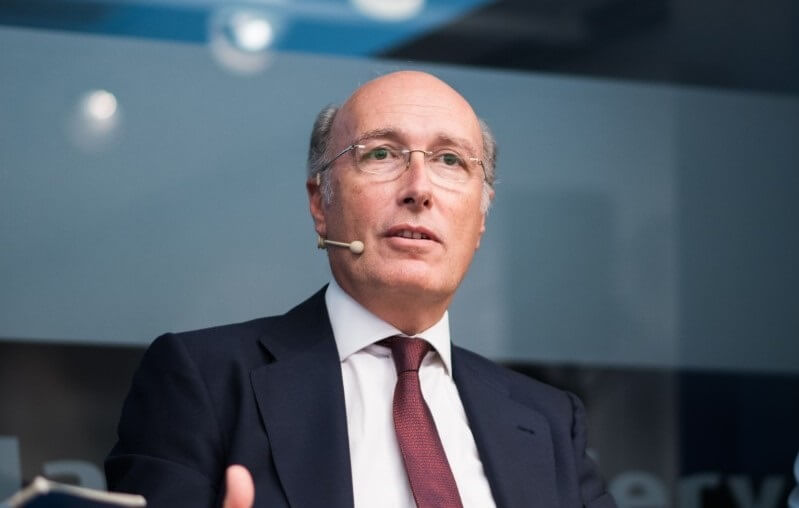 Addressing a gathering of Europe’s political figures and regulators in the transport and aviation sectors, ACI EUROPE President Javier Marín this evening addressed the specific challenge of the funding required to achieve the airport industry’s net zero carbon targets and compliance with Fit for 55.

Speaking at ACI EUROPE’s annual reception held in the European Parliament in Brussels, Marín, who is Managing Director of  Spanish airport operator AENA warned of the huge potential impact on the connectivity of regional airports given significant cost increases on intra-European routes1.

He specifically referenced the imbalance in financial support for decarbonisation between the EU and the US  – as laid bare by the recently adopted US Inflation Reduction Act.

“It’s clear that more support mechanisms and more incentives should be put in place. In other words, we need not just sticks from the EU but also carrots.

“The current debate on how the EU should react to the US Inflation Reduction Act and its 370 billion dollar subsidies makes that very clear well beyond our sector.

“In this regard it is essential that aviation be eligible for further support under the initiatives and instruments currently being devised by the Commission to keep pace with the US”.

Marín described an industry moving into 2023 with the fragility and volatility of financial recovery remaining a deep concern.

“Costs have increased with the hire of additional staff to handle peak hours” said Marín, “and airports’ energy bills have exploded. Several major airlines posted record profits in the fourth quarter of 2022.

“This was not the case for airports… Many are still struggling to reflect inflationary pressures in their charges”.

Marín called for a passenger-centric approach to underpin regulatory decision making, ensuring that industry commitment to excellence and a desire to invest is matched by regulatory support.

“Airports are not bus sheds” he said. “They are one of the most regulated, complex and expensive modern infrastructures to run.

“We need regulators to put the passenger at the centre of airport regulation. Passengers expect a high-quality experience at the airport.

“This means airports must have the financial health to fund operations that are resilient.

“Airports need visibility on future income to proceed with investments that meet not just the interests of passengers but also increasingly of our planet. To regulators we say: ensure that your decisions focus on long-term passenger interest, and not short-term airline costs”.

Highlighting the continued focus on digitisation hand-in-glove with investment in decarbonisation, ACI EUROPE also unveiled the addition of a new Innovation Forum to their suite of expert member-led working groups.

This new Forum will bring together airports from across the wider European footprint with the mandate to work with regulators and policy makers to break down barriers to innovation and foster smart, sustainable and efficient airport operations.