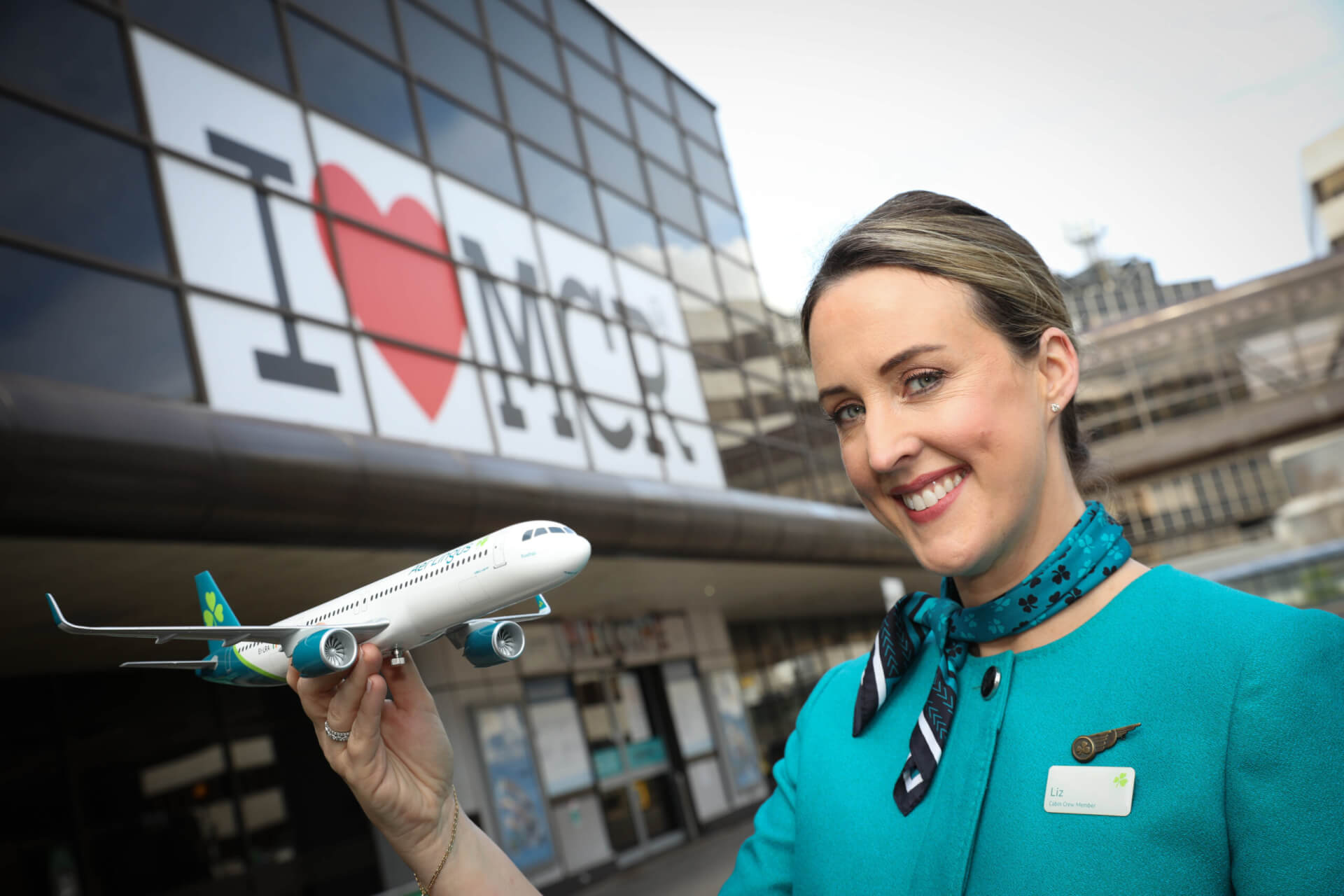 Today marks a major milestone for Aer Lingus as it celebrates the first anniversary of transatlantic flights flown directly from Manchester.

One year ago today, Aer Lingus began its very first direct transatlantic services from the city, marked by the departure of flight EI31 travelling non-stop from Manchester to Barbados.

Since the launch of services to the US and Caribbean, the airline has operated 670 roundtrips across the Atlantic from its Manchester base.

Passengers travelling in the airline’s comfortable economy class have enjoyed more than 150,000 cups of tea and coffee; cabin crew members have served up more than 350,000 meals; and passengers have turned into over 750,000 hours of movies, TV programmes, music and entertainment on Aer Lingus’ inflight entertainment systems while flying across the Atlantic.

Susanne Carberry, Aer Lingus Chief Customer Officer, said: “As direct transatlantic services from Manchester enter their second year, we are really pleased with the performance of the services.

“Our confidence in the future will enable us to consolidate our position offering high-quality service, direct, non-stop business and leisure travel options at competitive prices for travellers and holidaymakers to North America and the Caribbean from the North of England.

“We are extremely proud of the whole Aer Lingus UK team who have worked so hard to make our services from Manchester such a success and thank all our UK customers from the North of England for choosing to fly with Aer Lingus.”

David McLaren, USAirtours, said: “In the most difficult and turbulent of times Aer Lingus came to the market to fill a hole left by such a huge reduction in Manchester’s long-haul flying capacity.

“We quickly formed a trade partnership that allowed our sales from Manchester to the US and Caribbean to grow from strength to strength even given the circumstances.

“It’s refreshing to work with an airline such as Aer Lingus that shares our goals and values and we look forward to taking this relationship to an even higher level in the coming 12 months.

“We are very impressed with the booking flow, sales support and account management – all we could ask of any airline.”

Mark Mitchell, dnata Director, Air Supply, said: “The launch of these long-haul routes from Manchester has been very welcomed by our dnata brands, our trade partners and customers. It has added much needed and valuable air capacity across the Atlantic to key destinations from the North of England.

“We look forward to working with Aer Lingus and Manchester Airport to support these flights and as they develop new routes from the region in the future.”

“Hays Travel customers in the north of England have loved the ease of flying direct to New York and Orlando from Manchester and we’re looking forward to many more jetting off from the north west with Aer Lingus in the year ahead.’’

The success of Aer Lingus’ Manchester based operations has contributed towards its ambitious network expansion, offering yet more choice of routes and destinations.

Services from Manchester to New York operate daily, while Manchester to Orlando services depart all year round, five times weekly.