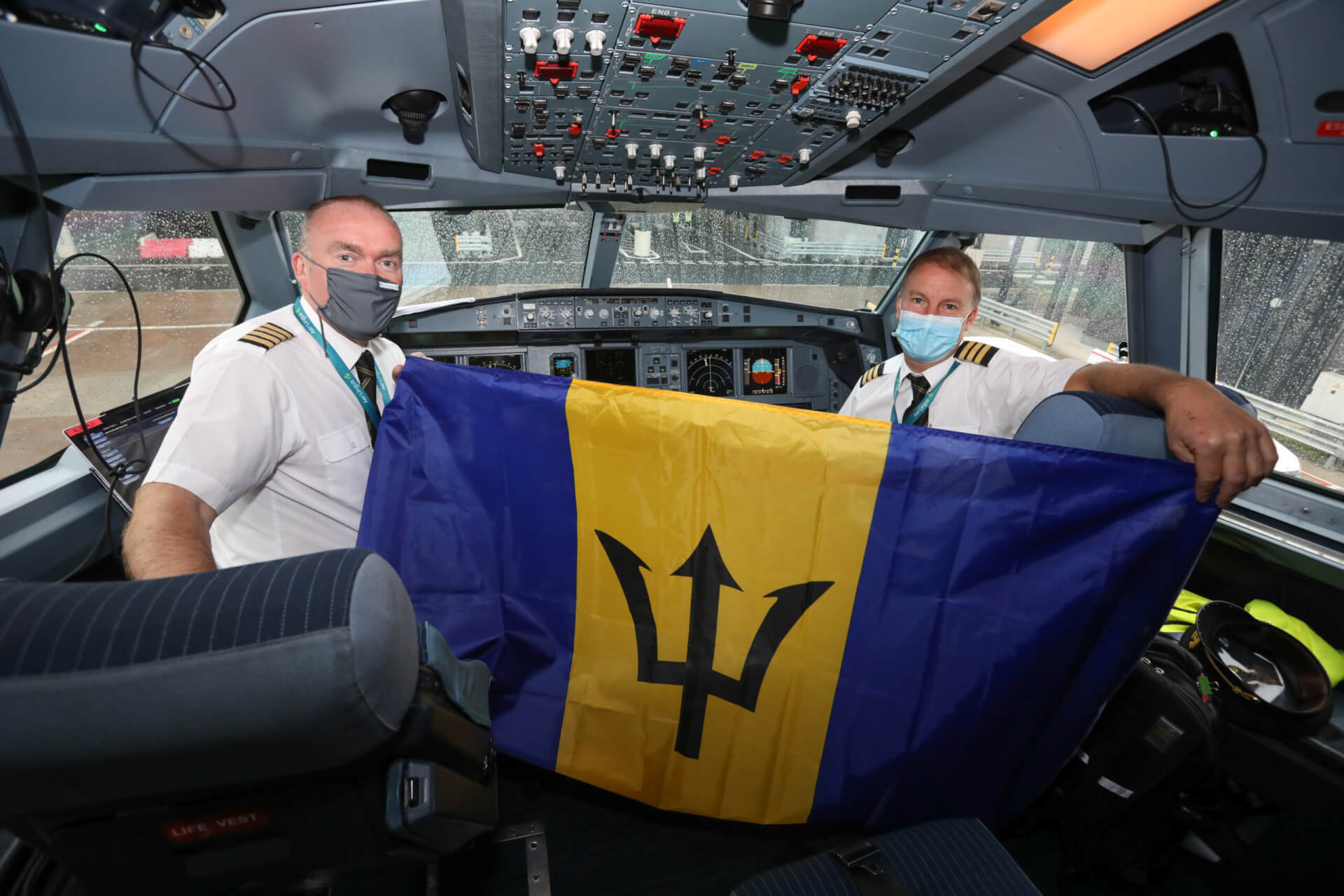 Aer Lingus’ first transatlantic service from the UK took to the skies this morning with the departure of the airline’s first ever non-stop direct flight from Manchester to Barbados.

The brand new EI 31 service departed at 10.15am marking a major new milestone in the Irish flag-carrier’s services from the UK.

The new flights boost business options and choice for consumers by offering a new northern hub to destinations across the Atlantic.

And from December 1 Aer Lingus will begin operating its first ever non-stop direct flights from  Manchester to New York’s JFK airport, just in time for the peak winter travel season.

Holidaymakers have even more reason to cheer when Aer Lingus starts its third new route from Manchester to sunny Florida and the theme-park capital of the world and home of Disneyland and Universal Studios Florida with flights to Orlando on December 11.

To start the celebrations in true Barbadian style, customers checking in for their flights with the Irish flag carrier were treated to a live performance from local Barbadian steel band, Band One.

Thanks to the new service, travellers in the North can now enjoy two weekly flights to Barbados from Manchester with Aer Lingus every Wednesday and Saturday until the end of April, as well as an additional weekly flight each Friday from 30 October.

Aer Lingus offers highly competitive fares in both Business Class and Economy Class on its transatlantic services operating from Manchester, with fares starting from £199 each-way, as part of a return journey.

Customers can also book the flights as part of a holiday package, thanks to the airline’s new partnership with British Airways Holidays.

Lynne Embleton, Aer Lingus CEO, said: “Everyone at Aer Lingus felt great pride to see our first direct, non-stop flight from Manchester to Barbados take to the skies this morning.

“We know there is strong demand for direct transatlantic services from the North of England for flights to Barbados and we’re looking forward to seeing travellers and holidaymakers enjoying the welcoming Aer Lingus experience that we’re known for.

“Aer Lingus has a proud history with Manchester Airport, and today marks the next stage of our exciting journey with them: our new Barbados route, followed by the start of services to New York and Orlando later this year.”

“Not only is it great to see the airline put this route on at Manchester, giving passengers additional choice and flexibility for this popular destination, but it is also a huge boost for the region with Aer Lingus choosing us as its first UK base for transatlantic flights.

“The routes across the Atlantic to Barbados and the USA will no doubt be hugely popular with the 22 million people that live in our catchment area, especially with the US opening up to British travellers next month.

“Furthermore, the routes and base here at Manchester will be welcomed by the hundreds of people who will have access to the jobs created here.

“I look forward to working closely with Aer Lingus as they grow from Manchester Airport.”

“Manchester Airport is one of the busiest airports in the UK and is easily accessible from across Northern England and Scotland, by road, air and rail.

“Later this evening, we will be at the GAIA to receive the flight as she arrives with the first visitors!”