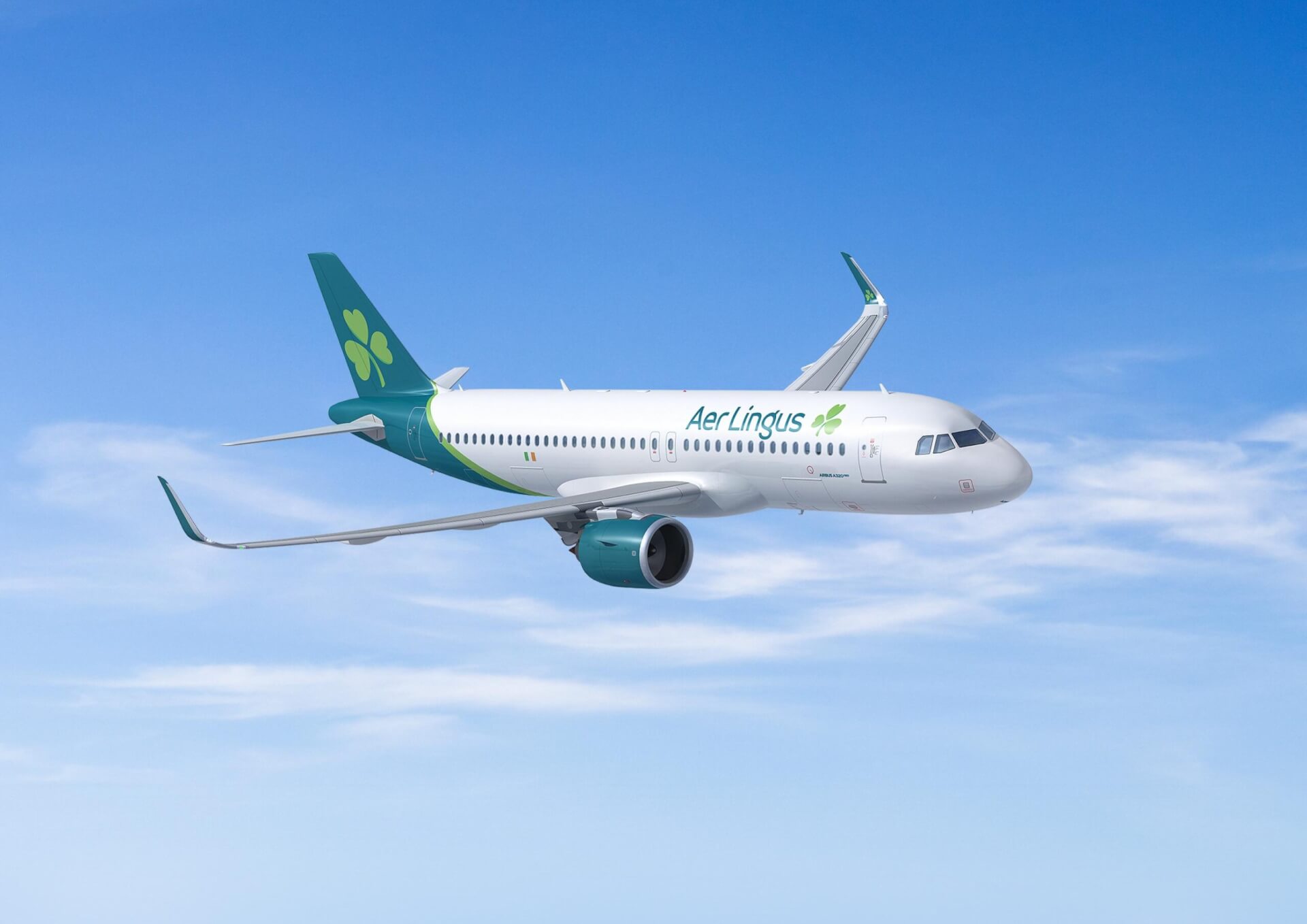 This new generation aircraft will support the airline’s sustainability programme.

Aer Lingus, as part of IAG, has pledged to achieve net zero carbon emissions by 2050 and has committed to powering 10% of its flights using sustainable aviation fuel by 2030.

They will replace two previous generation Airbus A320ceos, which will be retired from the fleet. The new A320neos are expected to enter into service towards the end of July 2022.

The Airbus A320neo delivers up to a 20% reduction in fuel burn and CO2 emissions and close to a 50% reduction in noise footprint when compared to the previous generation A320ceo.

There is a greater density of seats on the A320neo aircraft, 186 versus 174 on the previous generation A320neo, resulting in lower fuel emissions per seat/passenger on board.

The new aircraft will be delivered in full Aer Lingus livery, branding and cabin interior and will compliment the airline’s A321neo LR aircraft, eight of which have been added to the Aer Lingus transatlantic fleet in recent years.

The two new A320neo aircraft will join the Aer Lingus fleet for short-haul operations and will predominantly operate between London Heathrow and Dublin.

Lynne Embleton, Aer Lingus CEO, said: “This is a great opportunity to bring new, state-of-the-art aircraft into our short haul fleet. Renewing our fleet is one of the key ways for Aer Lingus to meet our sustainability targets, which is a priority for us over the coming years.

“The new generation Airbus A320neo aircraft is much more sustainable in terms of fuel burn and CO2 emissions and this is not only important to Aer Lingus but also to our customers.

“Equally, these more environmentally-friendly aircraft incur lower landing charges in some key airports so the new A320neos will help us to reduce costs.”

Patrick Hannigan, CDB Aviation Chief Executive Officer, said: “Our teams worked hand in hand to expediently execute this transaction as an important element of the Irish flag carrier’s recovery plan from the impact of the pandemic on air travel.

Aer Lingus continues to grow its fleet and expects to acquire a further two A320neo aircraft in 2023.

In addition, the airline has plans to boost its fleet with six Airbus A321neo XLR aircraft which are a longer-range variant of the A321neo LR, and will enable further growth of Aer Lingus’ transatlantic network.