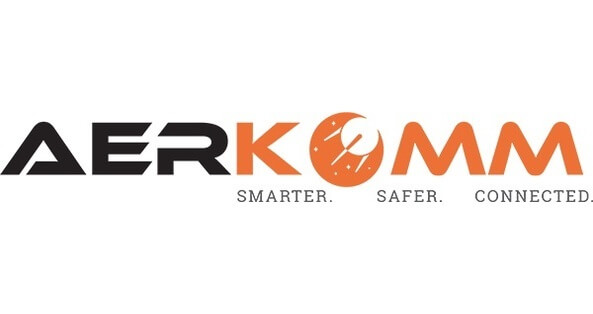 Aerkomm Inc., a development stage service provider of In-Flight Entertainment and Connectivity solutions for the airline industry, today announced that on March 22, 2020, the Board of Directors of the Company made a number of appointments, effective immediately, to position the Company into its next of phase for future growth and operations.

Dr. James Busuttil as Chairman of the Board of Directors.  Dr. Busuttil has served as a member of the Board since December 2017.  Dr. Busuttil is an attorney admitted to practice before the courts of New York State since 1983, as well as numerous U.S. Federal Trial and Appeals Courts, practicing international, financial and corporate law.   He has represented banks and financial institutions based in the United States and other countries in private sector financing of domestic and international projects, negotiated alternative energy project financings, handled transnational mergers and joint ventures, represented equity investors in venture capital transactions and organized invested funds.  Dr. Busuttil brings in experience in dealing with parties and organizations, including the private and public sectors, in South East Asia, East Asia, Europe, Russia, North Africa and Australasia.

Mr. Georges Caldironi as Chief Operating Officer.  Mr. Caldironi served as a Project Director since January 2019. Mr. Caldironi is an aviation professional with over 40 years of experience in aircraft modifications, avionics communication and In-Flight Entertainment and Connectivity systems.  Prior to joining Aircom, Mr. Caldironi was employed at Airbus Industrie for 25 years, most recently as Technical & Support Director in Airbus’ Business and Government Division. During his career at Airbus, Mr. Caldironi managed and supervised various complex projects including aircraft upgrades, ensuring cost efficiency and on time delivery in the successful completion of aviation projects.  He is a specialist in system and cabin innovation (connectivity & IFE), having carried out numerous feasibility studies and associated design projects for numerous airlines and leasing companies.

Mr. Jeffrey Wun as Chief Technology Officer.  Mr. Wun served as Chief Executive Officer from December 2017 to March 22, 2020 and has been a member of the board of directors since February 2017.  He served as Chairman of the board of directors from January 2018 to March 22, 2020. Mr. Wun previously served as President, Treasurer and Secretary from December 2016 to February 2017, and he has served as Aircom’s Chief Technology Officer since December 2014.  Mr. Wun is a technologist with more than 25 years of experience in the communications industry.  Prior to joining Aerkomm, Mr. Wun served as Senior Staff Engineer at Samsung Electronics Co., Ltd. from December 2012 to May 2015. Prior to that, Mr. Wun was a professional engineer at MediaTEK USA Inc. from November 2010 to December 2012 and served as Chief Executive Officer at Kairos System Inc. from 2003 to 2010.

Mr. Louis Giordimaina, CEO of Aerkomm commented: “I am excited to lead the dedicated Aerkomm team so that we can navigate through these difficult times and move forward to position the Company into its next phase for stable growth and long-term success.”