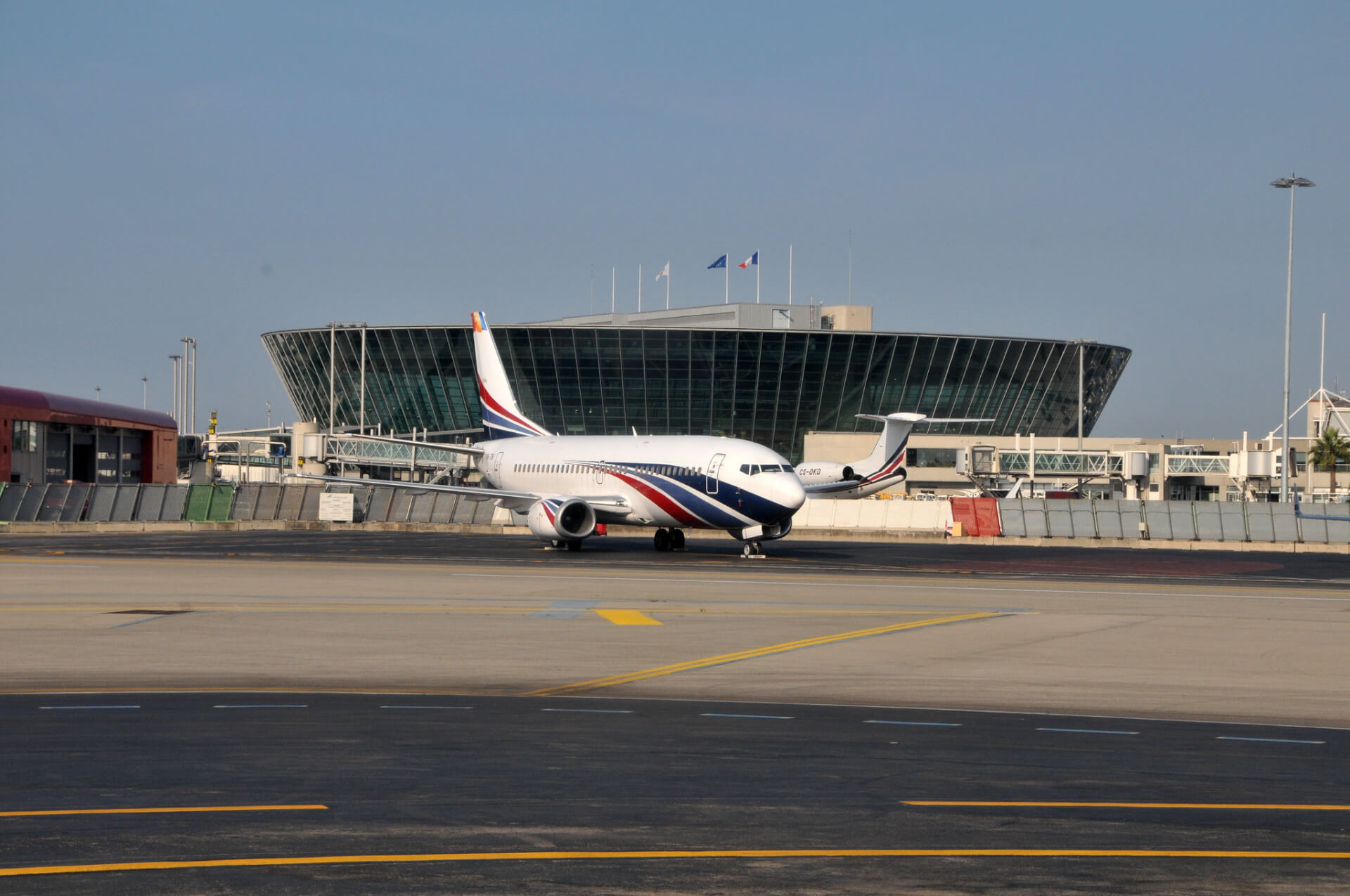 France’s first 100% carbon-neutral airport group, which has been implementing an ambitious policy to reduce its environmental footprint for more than 15 years, has revealed its programme to emit zero greenhouse gases, without any compensation, 20 years earlier than was previously announced. It also intends to show the way forwards to the entire aeronautical sector, by proposing concrete measures to limit the impact of air transport.

The Aéroports de la Côte d’Azur Group is announcing a series of measures to completely eliminate greenhouse gas emissions by the three airports it operates: Nice Côte d’Azur, Cannes Mandelieu and Golfe de Saint-Tropez. This programme is the continuation of the Group’s numerous commitments and significantly speeds up its schedule. While the Group had already joined 192 European airports in June 2019 in setting the 2050 deadline, it has now revealed the steps required to achieve this target in just 10 years.

This programme has been welcomed by Doctor Bertrand Piccard, founder and President of the Solar Impulse Foundation, who was unable to attend the presentation of the programme in Nice, but insisted on sending a message of support and encouragement. “I admire companies that spontaneously set themselves ambitious targets. Faced with the slow pace of international negotiations, this is the best way to make progress towards environmental protection. By aiming to achieve zero net emissions by 2030 at the latest, Aéroports de la Côte d’Azur has become a pioneer and set an example for the world of aviation. Aéroports de la Côte d’Azur intends to reach its goal as quickly as possible by calling on solutions labelled by the Solar Impulse Foundation, such as the contract signed recently with Antismog”.

A zero net emissions airport in 2020

Each of the three airports will advance at their own pace, due to their own different specificities. Consequently, Golfe de Saint-Tropez airport, which has been carbon-neutral since 2018, will produce zero greenhouse gas emissions in 2020, by further cutting its emissions and by installing a carbon well on site that will absorb the 23 tonnes of CO2 equivalent of residual emissions. What is more, by continuing these efforts, the platform will become a net absorber of 2.5 tonnes of CO2 equivalent in 2022, and of 21 tonnes by 2034. In this way, the airport will continue to contribute to the conservation of the region, by absorbing the emissions from aircraft in the approach, taxiing and take-off phases, which are not actually included in the scope of emissions directly imputable to the platform. Cannes Mandelieu airport will follow the same roadmap, with five emission reduction stages leading up to 2030, when the zero emissions target will be reached. From 2034, the platform will even be able to absorb at least 14 tonnes of CO2 equivalent per year.

Nice Côte d’Azur airport is facing an even tougher challenge. As passenger numbers continue to rise year on year, it has become France’s second-largest airport, behind the Paris hub, and opens new short-, medium- and long-haul connections every year. Nice Côte d’Azur has already slashed its greenhouse gas emissions by 80% in 10 years, and became France’s first carbon-neutral airport in 2016.

“Today, passengers passing through our terminals account for hardly 100 grams of CO2, which is 92% less than the average of European airports. This figure represents a record and an incentive to do even better. But these last few grams are the most difficult to eliminate, because they bring us face to face with technical or technological barriers that must be raised, if we are to achieve our goal of zero grams of emissions in just 10 years”, explains Isabelle Vandrot, Head of Sustainable Development and the Environment at Aéroports de la Côte d’Azur.

In 2020, the airport will have reduced its emissions by 83% by electrifying 80% of its service vehicles, then by 86% in 2021, by making its freight terminal and technical centre gas-free. The gradual withdrawal of gas from all the buildings, the development of photovoltaic panels or the decarbonisation of special machinery will all help the airport to achieve its goal of zero greenhouse gas emissions by 2030. What is more, the airport intends to extend its efforts beyond its scope of action by installing carbon wells that will make it an absorber of the CO2 emitted by the aircraft using the airport by 2034.

This is the issue that the Group wants to address. “Taking action to reduce our own environmental footprint to zero is meaningless, unless emissions are reduced along the entire chain. Reducing emissions in the approach, taxiing and take-off phases is an important step. This is what we call the LTO cycle”, explains Dominique Thillaud, Chairman of the Board of Aéroports de la Côte d’Azur.

“At Nice airport, this cycle represents 10.75 kg of CO2 per passenger. This is the carbon balance of a single tropical mango, for example (source: Ademe FoodGES). Over the last 5 years, this figure has dropped by 20%, while the number of aircraft using the airport has increased by 2.5% during the same period. This shows that it is possible to increase traffic and to decrease emissions at the same time. This is encouraging, and we want to go further and faster.”

This is the reason why the Group has presented a series of concrete measures that can be taken immediately in order to reduce the environmental impact of the aviation sector.

On the one hand, measures for all airports:

“Our approach may appear to be highly virtuous, but it amounts to the simple application of obvious common sense. In Nice, the electricity supplied to all our gangways and pop-outs is green. We funded the extension of the tram lines to our terminals and we introduced a 100% electric passenger shuttle service. We have been neutral since 2016 and we will meet the 2030 deadline”, claims Dominique Thillaud.