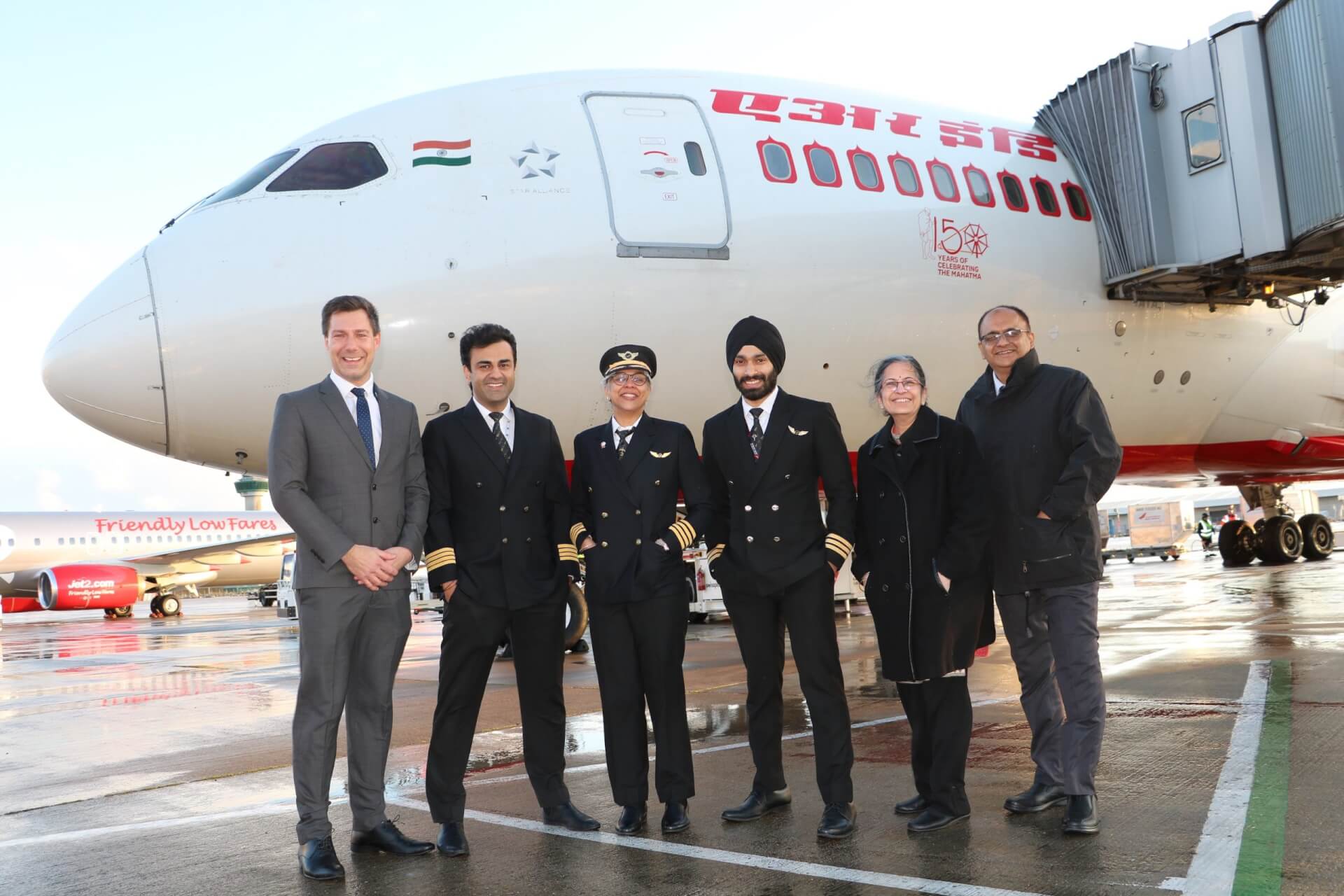 Air India’s second long-haul route from London Stansted took to the skies this week with the launch of its new three-times a week service to Mumbai, the financial and entertainment capital of India.

The new Mumbai service, the first ever direct link to India’s largest city from London Stansted, joins the airline’s Amritsar route which commenced less than four months ago and has already proved to be extremely popular with passengers from across London and the east of England.

London Stansted’s Chief Commercial Officer, Aboudy Nasser, said: “The launch of Air India’s new service to Mumbai is a fantastic addition to London Stansted’s route network and a real vote of confidence in the airport and the catchment area we serve coming less than four months after the airline joined us for its inaugural service to Amritsar. Already 200,00 people travel to India’s economic hub from our region every year, so with the added convenience of flying from their local airport saving valuable time and money by avoiding other London airports, we expect this service to be very popular with passengers as we continue to build our successful and growing relationship with Air India at London Stansted.”

Speaking at the announcement of the service, Sunil Shah CEO of o2h ventures, a leading investment firm based in Cambridge, said: “This is great news for me personally and for the team at o2h Ventures. Flying to Mumbai previously meant travelling from other UK airports but the new direct service from Stansted will save us several hours commuting time. Mumbai is rated amongst the top 10 centres for commerce and is known as the commercial capital of India so I’m confident the new route will help facilitate business opportunities for companies in both countries.”