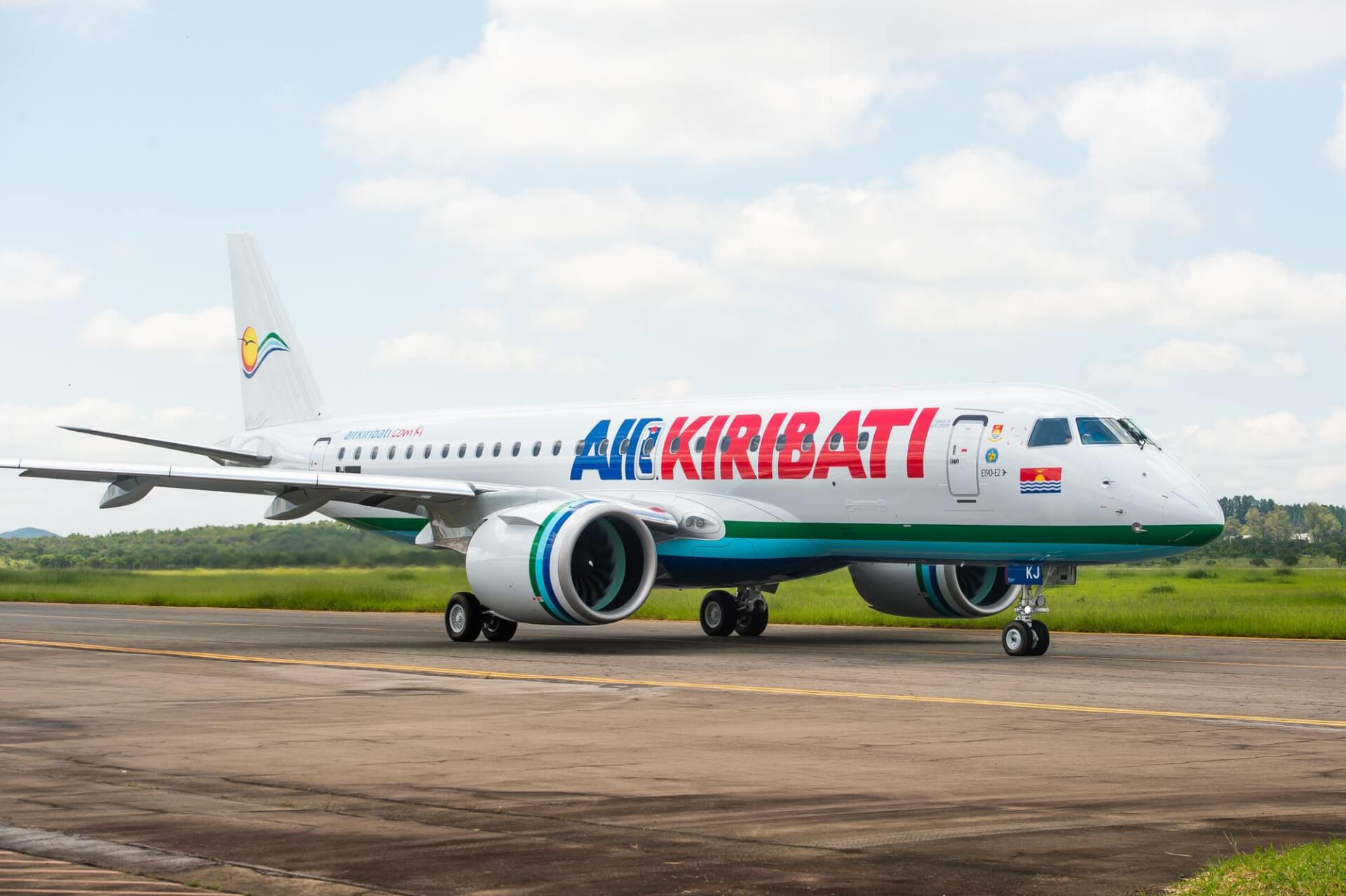 Air Kiribati, the flag carrier of the Republic of Kiribati, has received its first E190-E2 jet. Embraer announced the contract with the Government of Kiribati, in partnership with its national airline, Air Kiribati, in December 2018. The airline ordered two E190-E2s and has purchase rights for two more.

“Aviation is critical for any island nation and Kiribati is no exception. Our Government has made the conscious decision to take into our hands the opportunity to unlock economic prosperity for our people and our nation through the purchase of these two aircraft,” said Hon. Willie Tokataake, Minister for Information, Communication, Transport and Tourism Development of the Kiribati Government. “The arrival of our first jet today is the culmination of three years of vision, strategic thought, government focus, research, evaluation, hard work, commitment, partnership and a good measure of problem solving.”

Air Kiribati is the launch operator for the E190-E2 in Asia Pacific. The aircraft will be configured in a dual class layout seating 92 passengers in total, with 12 seats in business class and 80 seats in economy class. Located in the central Pacific, Air Kiribati can now fly longer domestic and international routes than it currently does with its turboprop fleet.

“This is first E190-E2 delivered in the Pacific region,” said Cesar Pereira, Asia Pacific Vice President, Embraer Commercial Aviation. “We’re are honored that Air Kiribati selected the E190-E2 as the best fit for the airline’s challenging flying environment. The E190-E2 has cutting-edge technology and is the most fuel efficient and environmentally-friendly single aisle jet in the world. These attributes are extremely important for Kiribati.”

The E190-E2 generates significant savings for airlines in terms of maintenance costs. It has the longest maintenance intervals – 10,000 flight hours for basic checks and no calendar limit in typical E-Jets utilization. This means an additional 15 days of aircraft utilization over a period of ten years.