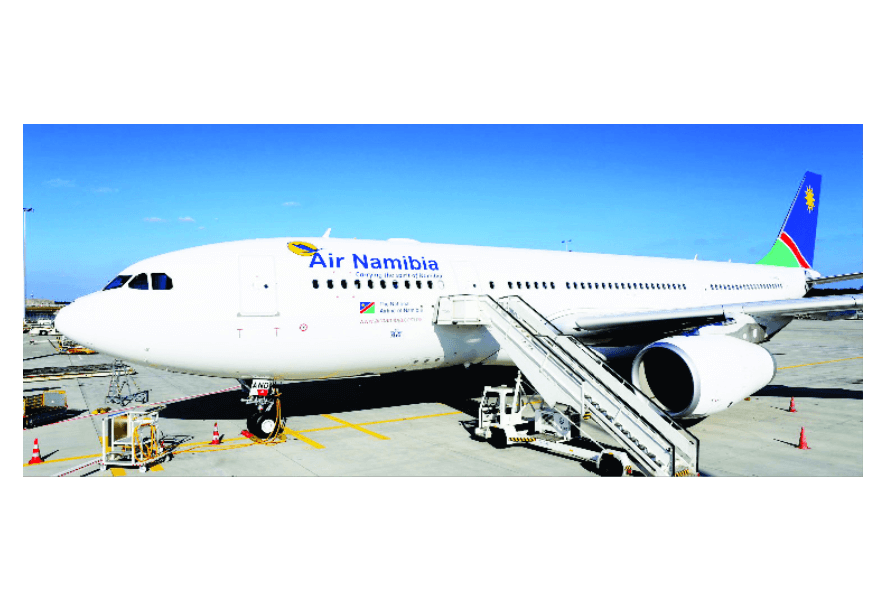 A EUROPEAN company has instructed Air Namibia to return two of its biggest aeroplanes this week after the government’s decision to shut the airline down.

The 244-seater A330-200 is the biggest aircraft in the airline’s ranks and was often used for the Windhoek-Frankfurt route.

Air Namibia’s lease agreement on the Airbus plane stretched from May 2012 to October 2025, but the government’s decision to shut the national airline down means this agreement would have to be cancelled – at a cost of around N$2,4 billion.
A company called Air Lease 80 (Ireland) wrote to Air Namibia last Friday explaining they would trigger a clause in the contract that allows them to have the two Airbus aircraft returned.

“We expressly reserve our rights to retake possession of the aircraft,” Waldron said.

Sigfus Olafsson, marketing vice president of Castlelake aircraft, sent an email to Air Namibia last week, asking for “your kind assistance to arrange for the ferry flight of the two A300-200 aircraft to a storage location as early as next week”.

He said Castlelake’s technical boss, Andrew Titus-Glover, would reach out to the airline to coordinate the storage of the planes.

“We would appreciate it if you could start preparation to reposition both A330 aircraft into Europe for storage as quickly as possible,” he said.

Titus-Glover proposed that the aeroplanes be returned this week.

The storage locations, he said, are Malta, Leipzig or Nimes.

Mberirua yesterday confirmed that the creditors have started gunning for what is owed to them.

“Of course, any creditor would go for what is theirs … These are default measures in place in case something goes wrong,” he said.

According to information seen by The Namibian, a significant portion of the government subsidy to Air Namibia is paid towards the A330-200 operation.

Around N$500 million was paid per year to cover aircraft leases, and maintenance would cost N$ 414 million.

The information shows that the A330 aircraft lease agreements are valid until October 2025.

The contracts require payment for the remaining four years if lease agreements are terminated prematurely.

According to a 2019 discussion paper conducted by the former board of directors, N$2,4 billion would need to be paid to foreign owners.

In addition to paying the lease rate, Air Namibia may forfeit the security deposit currently sitting with the lessor, amounting to N$94 million.

Sources say minister of public enterprises Leon Jooste and minister of finance Iipumbu Shiimi acted “reckless” by announcing the liquidation of the airline without concluding negotiations with key creditors.

“They messed up big time. That means they are likely to demand upfront payment of billions,” a source said.

According to the paper, the government would need to fork out N$3,8 billion to go ahead with voluntary liquidation.

This would be used to settle agreements prior to maturity, which include aircraft lease and engine support agreements, employee severance pay and the liability of advance ticket sales.

The debt accumulated by the airline amounted to N$1,6 billion at the time the paper was drafted.

The paper further stated if the government was to approve the implementation of the envisaged new business plan, the airline’s financial results would improve from a loss in excess of N$769 million in the 2019/20 financial year, to N$100 million during the 2020/21 financial year, and thereafter become fully profitable.

The figures contained in the report may have changed since the report was finalised in 2019.

All assets would have to be listed once a liquidator is appointed and sold off to recover funds to repay creditors.

According to the government, Air Namibia’s assets at book value stood at N$981 million as at August 2020, while the airline owes around N$3 billion.

Unflown ticket liability at the time stood at N$450 million.

The National Union of Namibian Workers (NUNW) is set to hold a nationwide demonstration today.

This is in solidarity with the 644 Air Namibia employees who would be jobless if liquidation proceeds.

NUNW’s secretary general Job Muniaro yesterday said the police have given approval for the demonstration provided it does not become unruly and adheres to set conditions.

“We had a great meeting with the police … All is in order,” he said.

Muniaro on Sunday said the demonstration would call for Jooste’s resignation and for the government to reverse its decision to liquidate the national airline.

This is because the unions were not consulted before the decision was taken, he said.