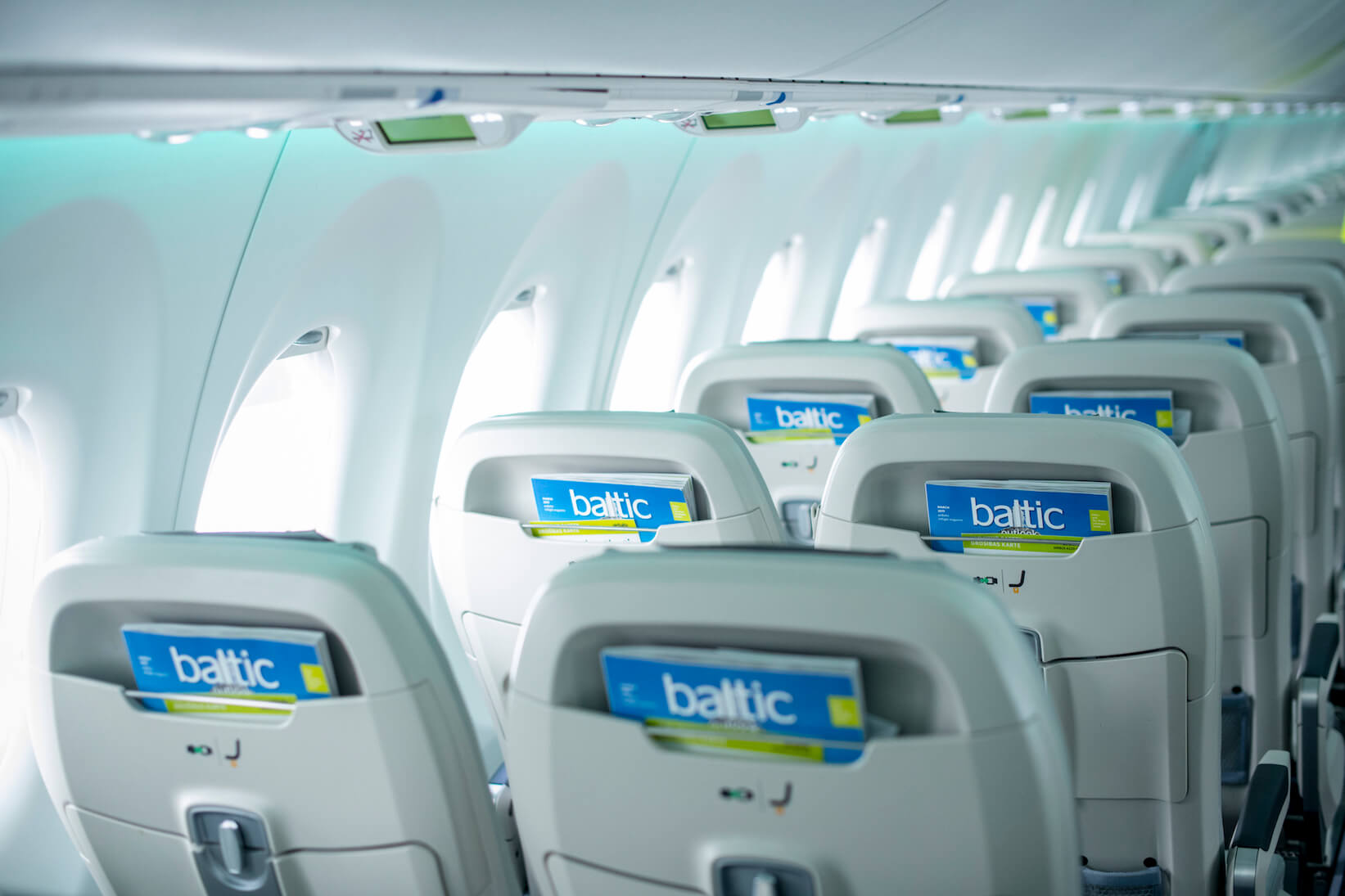 Latvian airline airBaltic reports that as the Airbus A220-300 aircraft is now certified to operate up to 149 seats, the company’s fleet is undergoing gradual change in cabin configuration, unblocking additional seats that couldn’t be used previously.

Martin Gauss, Chief Executive Officer of airBaltic: “In late February we received our first airBaltic Airbus A220-300 aircraft which is certified to operate up to 149 seats.

“Until now we could use 145 seats on the aircraft, however, going forward also existing fleet will be adjusted to use the additional capacity, which will further drive efficiency of our operations.”

As of April 5, the company has changed the cabin configuration for the first five of airBaltic’s 33 Airbus A220-300 aircraft.

airBaltic plans to unblock the additional seats on its entire fleet by summer 2023.

Since May 2020, airBaltic operates all its flights with a single aircraft type – Airbus A220-300, thus minimizing the complexity and benefiting from the additional efficiency provided by the aircraft.