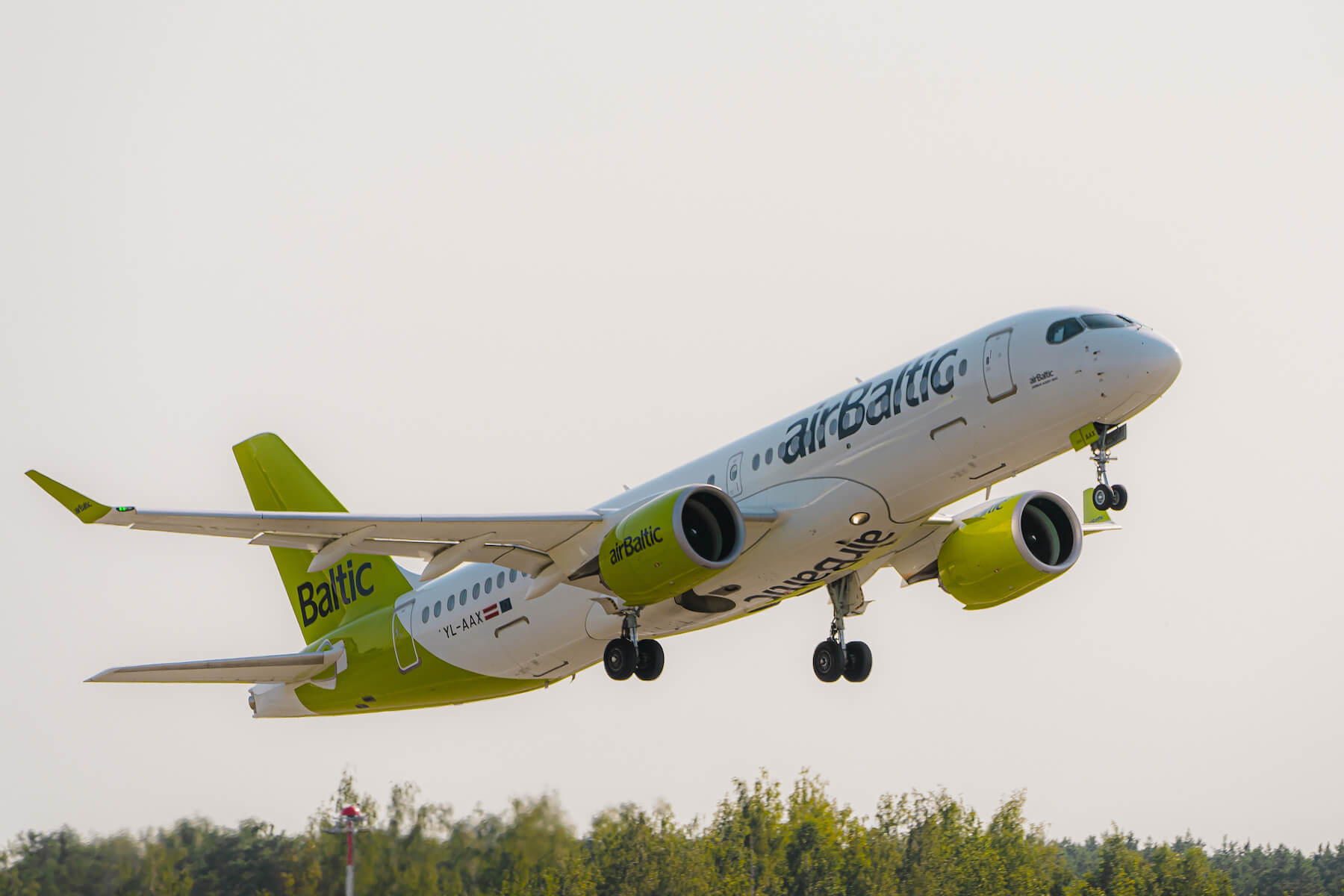 Summarizing the key statistics and events of 2022, the Latvian airline airBaltic announces that the previous year has continued the company’s purposeful growth, also contributing to a return or even exceeding various pre-pandemic results.

The following report overlooks data and information (such as passengers, flights, destinations, fleet, cargo, employees, technical and operational achievements, and other), that represent the operations of airBaltic in 2022.

Martin Gauss, President and CEO of airBaltic: “Although characterized by the simultaneous need to adapt the changing world and seek growth, 2022 proved to be challenging, but rich year.

“The past 12 months have been full of positive milestones – beginning with the on-going increase of carried passengers and operated flights, continuing with opening a new base in Tampere and launching fresh routes to Marrakesh, Gran Canaria and Batumi. Definitely, reaching new destinations would not be possible without new aircraft, thus, last year the fleet of airBaltic attained already 39 Airbus A220-300, and we welcomed our 50-millionth passenger.”

“Important to highlight, that 2022 was also a year of an international attention – for instance, receiving the International Air Transport Association’s Diversity & Inclusion Team Award, and the Skytrax Award for the best airline in Eastern Europe gave a great honor to airBaltic,” M. Gauss added.

“However, we did not stop there, as airBaltic had an opportunity to once again confirm the excellent cooperation with Airbus, by jointly participating in Farnborough Airshow, Istanbul Airshow and demonstration tours in Australia, Asia and Africa. Also, our collection of NFT collectibles Planies were spotted globally.”

“Nevertheless, we are full of strength, ideas and determination, by looking ahead to 2023, and our core goals remain – to ensure the best connectivity between the Baltics – one of the key European business centers of the future – and the world, as well as maintain improved passenger experience and deliver a considerable contribution to the economy.

“This year we will expand, launching 18 new routes from Riga, Tallinn, and Vilnius, and offering up to 70 direct routes in total,” Gauss concluded.

Questions and inquiries regarding airBaltic operations are also received on social media. Last year, the social media support specialists faced up to 31 200 interactions. At the same time, the total number of followers on the company’s most powerful communication channels – Facebook, Instagram, Twitter, LinkedIn and TikTok – increased from 587 900 (January, 2022) to 864 900 (December, 2022). The highest rise was recorded on TikTok, from 8 300 to 228 600 followers.

In 2022 airBaltic recruited 931 employees, and the overall amount of the team reached 2 143 professionals. A total of 226 vacancies were published, receiving more than 16 800 applications and conducting 3 660 job interviews. Moreover, it is essential to note, that 48 graduates of the airBaltic Pilot Academy joined the company as First Officers in 2022.

The average age of people working at airBaltic is 35 years, but the average seniority level reaches 6 years. Until now, 8 employees have been working in the company since its establishment in 1995. The proportion of gender equality is 46% women and 54% men. Today members of 30 nationalities work at airBaltic, including 50 Ukrainians, who have joined the company due to Russia’s invasion in Ukraine.