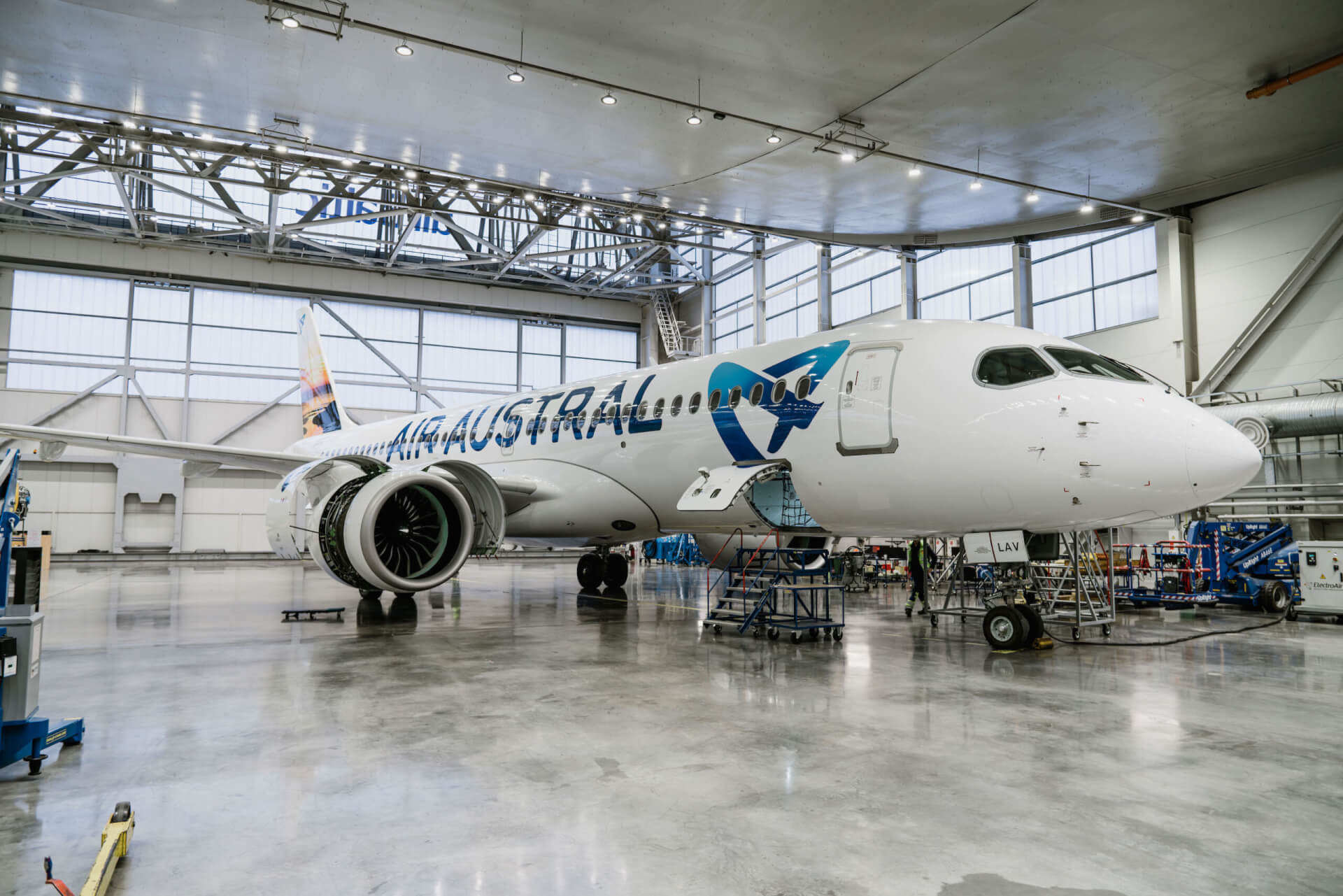 At the beginning of December 2022, the Latvian national airline airBaltic performed the scheduled A-Check technical maintenance and engine replacement for an Airbus A220-300 aircraft of the French carrier Air Austral.

The work was done by a team of 10 airBaltic technicians, and it was the first time that such maintenance was performed for an aircraft of another airline.

Andris Vaivads, Senior Vice President of Technical Operations at airBaltic: “Since 2016, when airBaltic began using Airbus A220-300 for its operations, our technicians have performed close to 300 A-Checks and many other maintenance work of different complexity.

“Years of practice and experience speak for themselves and justifies its objectives, including ability to offer our maintenance services also to other airlines worldwide.

“We are delighted that Air Austral entrusts its aircraft to our professionals, as the top priority in aviation is safety.”

The A-Check is a complex of tasks, covering general inspections of the interior and the aircraft hull for evidence of, for example, damage, deformation, corrosion, missing parts.

Additionally, it also includes function checks and servicing of all aircraft systems.

The A-Check is performed approximately every 400–850 flight hours, or every 200–300 flights, depending on aircraft type.

Such maintenance is typically done at a hangar and can take a minimum of 10 working hours depending on the services needed.

In 2019 airBaltic became the first airline in the world obtaining a full scope EASA Part-145 Line Maintenance and Base Maintenance capability for Airbus A220-300 type aircraft.