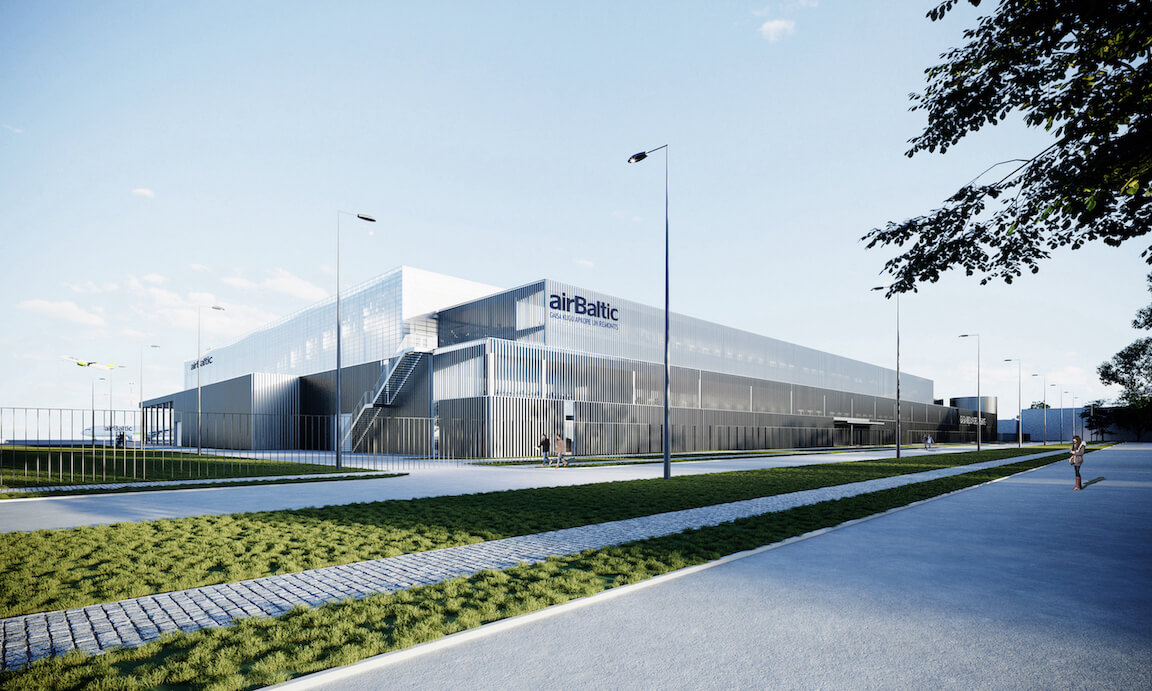 Latvian airline airBaltic announces that it plans to build a new aircraft hangar at Riga Airport to maintain its fleet, thus reducing future maintenance costs and becoming more efficient. airBaltic has signed a building rights agreement with the Riga Airport in 2020. It is planned to launch the construction of the new hangar at the beginning of 2022 and to finish it by the end of 2023.

Martin Gauss, Chief Executive Officer of airBaltic: “The new hangar has been in our plans for years, as part of our future expansion. By the time the new hangar will be complete, we will be on our growth path again ensuring the crucial connectivity between the Baltics and the rest of world with almost twice as many Airbus A220-300 aircraft as we have today. Since 2019, we have been performing all of the maintenance on the aircraft ourselves, and our development with bigger fleet will require an aircraft hangar of a suitable size. As the Airbus A220 customer base is growing, we will also be offering heavy maintenance to customers worldwide. It will be one of the largest and most modern aircraft hangars in the region.”

Laila Odiņa, Chairwoman of the Board at the Riga Airport: “Construction of the new airBaltic aircraft maintenance hangar at Riga Airport will consolidate the airport’s positions as the main base of the national airline airBaltic, providing and increasing the range and amount of aviation and non-aviation services provided by the airport, promoting the airport’s development and strengthening its leading role in the Baltic Sea region.”

The total size of the land is 2.85 hectares. According to initial plans, the total area of the new aircraft maintenance hangar will be around 34 500 m2 and it will provide space to handle line and base maintenance for seven Airbus A220-300 aircraft simultaneously. The project will be financed through banks.