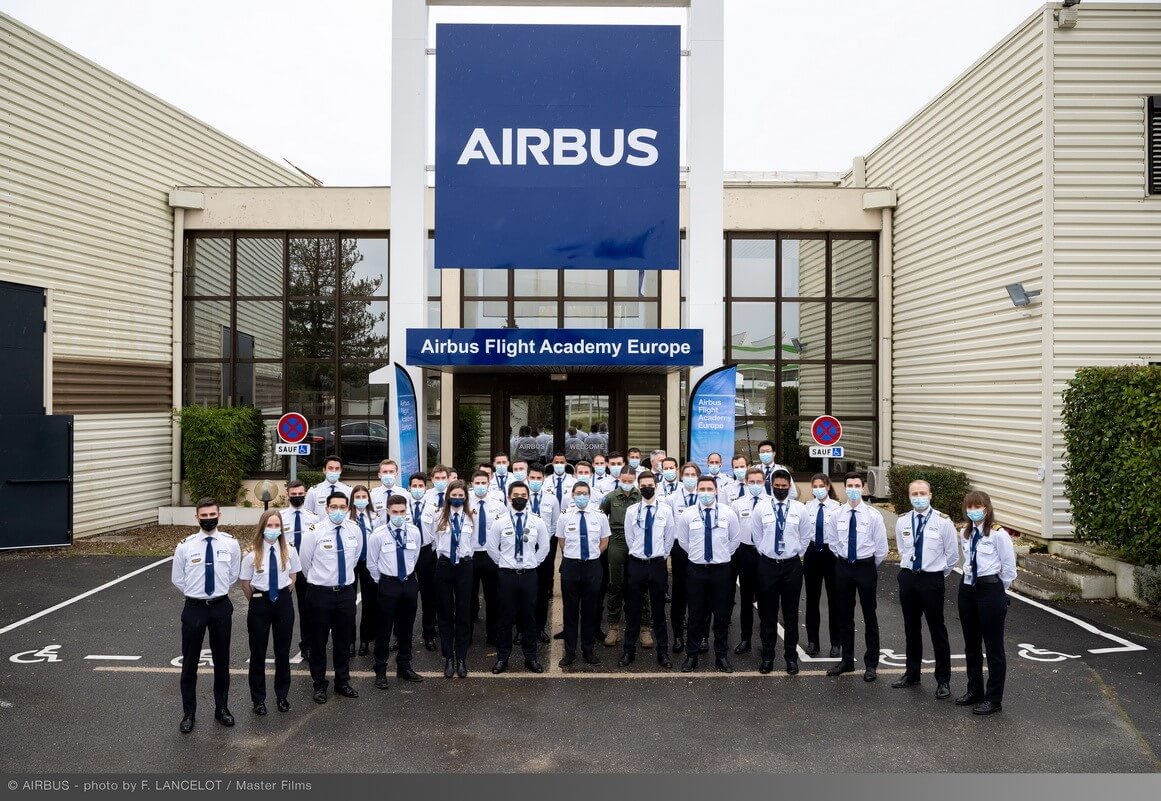 During the ceremony, Airbus confirmed that Volotea, the Barcelona-based airline, is the first to recruit its Airbus pilot cadets.

The move by Volotea to recruit eleven of Airbus’ newly graduated pilot cadets is an endorsement of the quality of Airbus’ Ab-Initio Training Programme, which opened its doors in 2019.

The programme equips cadets with the skills and mind-set required to become an “operationally-ready pilot” focusing on the all-important development of key pilot technical and behavioural competencies.

Currently in the final stages of their pilot training, the Airbus cadets will be joining Volotea and flying as commercial airline pilots from April-May this year.

“This is a very important day for Volotea, as we are taking cadets directly from the Airbus Flight Academy Europe for the first time,” said Carlos Muñoz, CEO Volotea.

“We’re all very excited by it as we know the programme quality is of a very high standard, adapting perfectly to Volotea´s training philosophy.

“Our company keeps on growing year after year our Airbus fleet, and we’re going to be needing many more pilots.

“We certainly hope this is the beginning of a very successful long-term partnership with the Airbus Flight Academy benefiting many young pilots.”

The inauguration of the new facility provides AFAE, which is the first flight school to deliver the Airbus Pilot Cadet Training Programme in Europe, with an increased capacity to train up-to 200 pilot cadets at any one time.