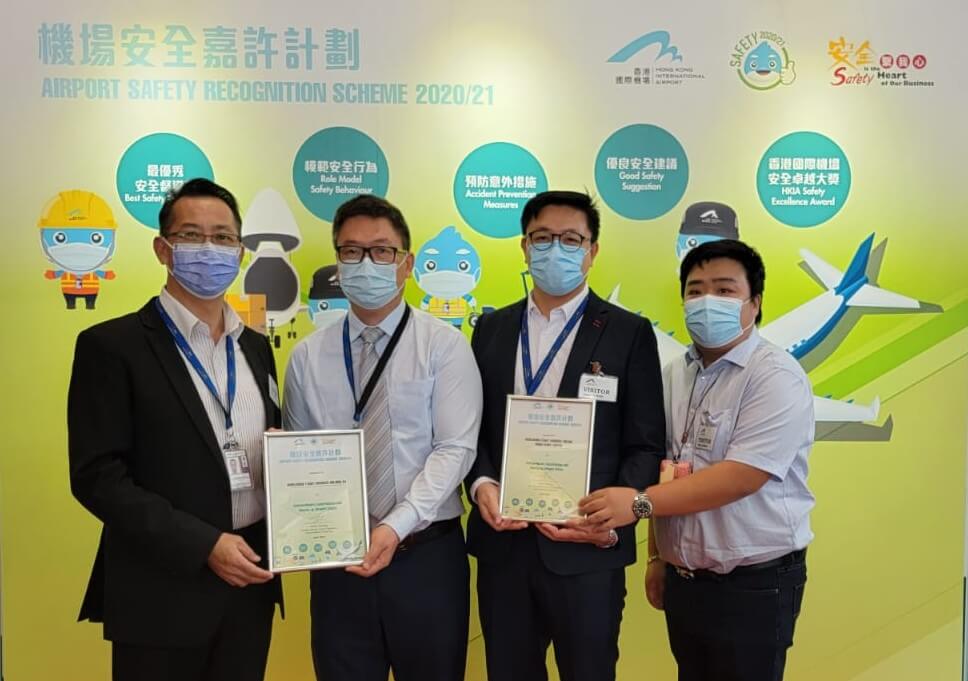 “Safety and security are WFS’ most important core values across the company’s global network. We are honoured to have received these awards and are extremely proud of our Fueling and Baggage Handling teams for upholding the highest safety standards expected by WFS and our customers,” said James Carey, WFS’ Managing Director (Hong Kong and Singapore).

“Thank you to Airport Authority Hong Kong for their leadership through these awards and appreciation of the suppliers and partners which maintain HKIA’s first class safety culture. I wish to congratulate Jeff Tsui, our General Manager in Hong Kong, and all of the WFS staff who have contributed to us earning this recognition”.