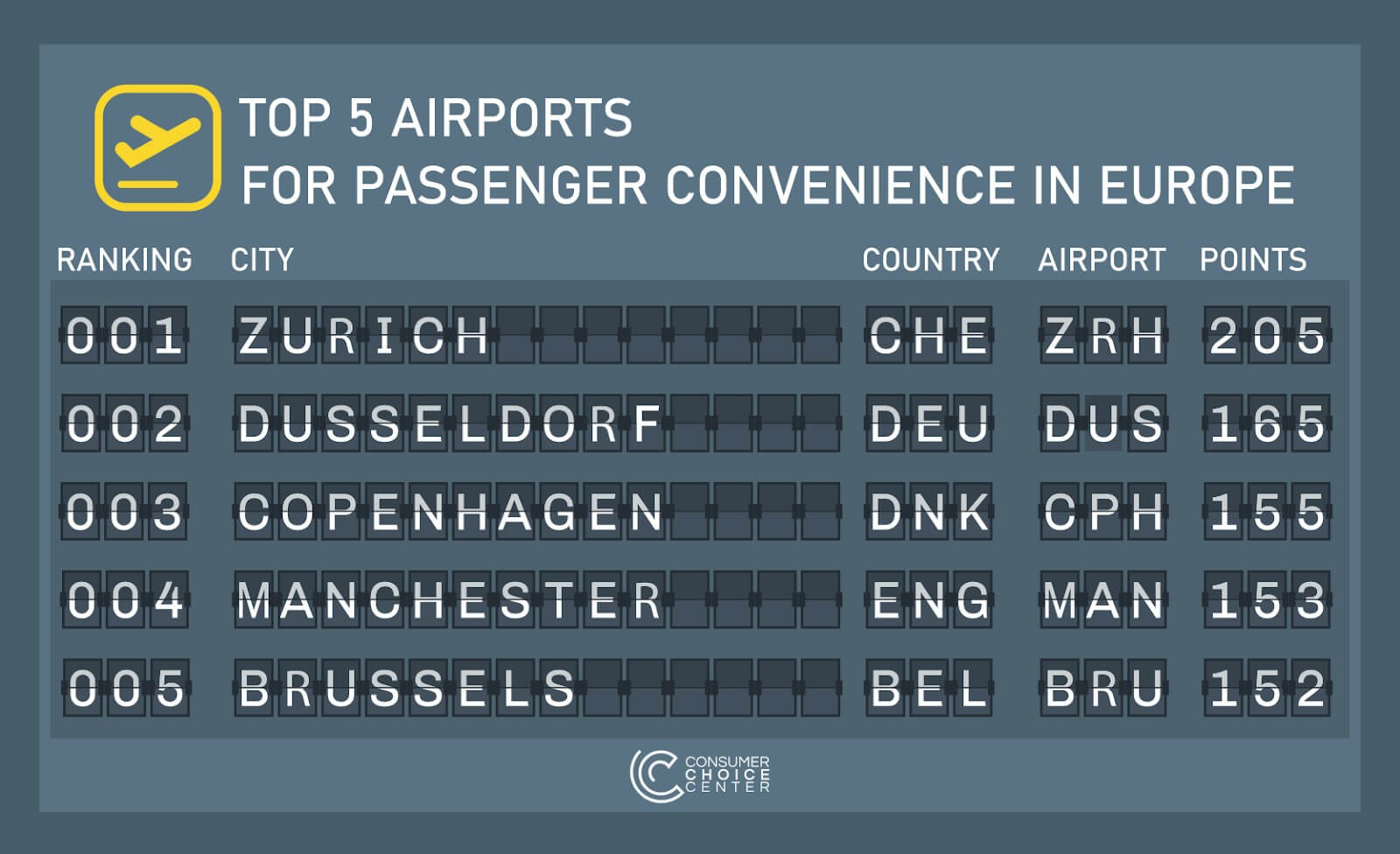 The index should be used to inform both consumers and administrators as to who is doing the best job, accommodating passengers.

The top 5 airports according to the study are Zurich, Dusseldorf, Copenhagen, Manchester, and Brussels airports.

“This year has been one of the most challenging for the global travel industry. Many airports were closed for weeks or even months. While travel slowly recovers we want to inform consumers which airports are the most convenient to travel from and to in Europe. Airports with more space per passenger rank higher in our analysis. This is helpful to know for travelers who try to maintain distance from others. If you have to travel this Summer, you might want to consider starting or ending your journey at well-designed airports such as Zurich, Düsseldorf, or Copenhagen.

“High points were awarded to the airports that offered great destinations around the world, but also a healthy mix of shops, restaurants, and conveniences found at the airport. This year we also added extra points for Covid-19 testing facilities at airports.

“Other factors determined in the ranking included direct jet bridges, rather than bus boarding, proximity to the city center, the number of lounges, low security waiting times, and on-time performance by airlines. Bonus points were awarded to airports with pre-clearance for US flights and the ability to broadcast security wait times. We do hope that air travel will eventually recover and passengers use our index to choose the right airport” said Roeder.