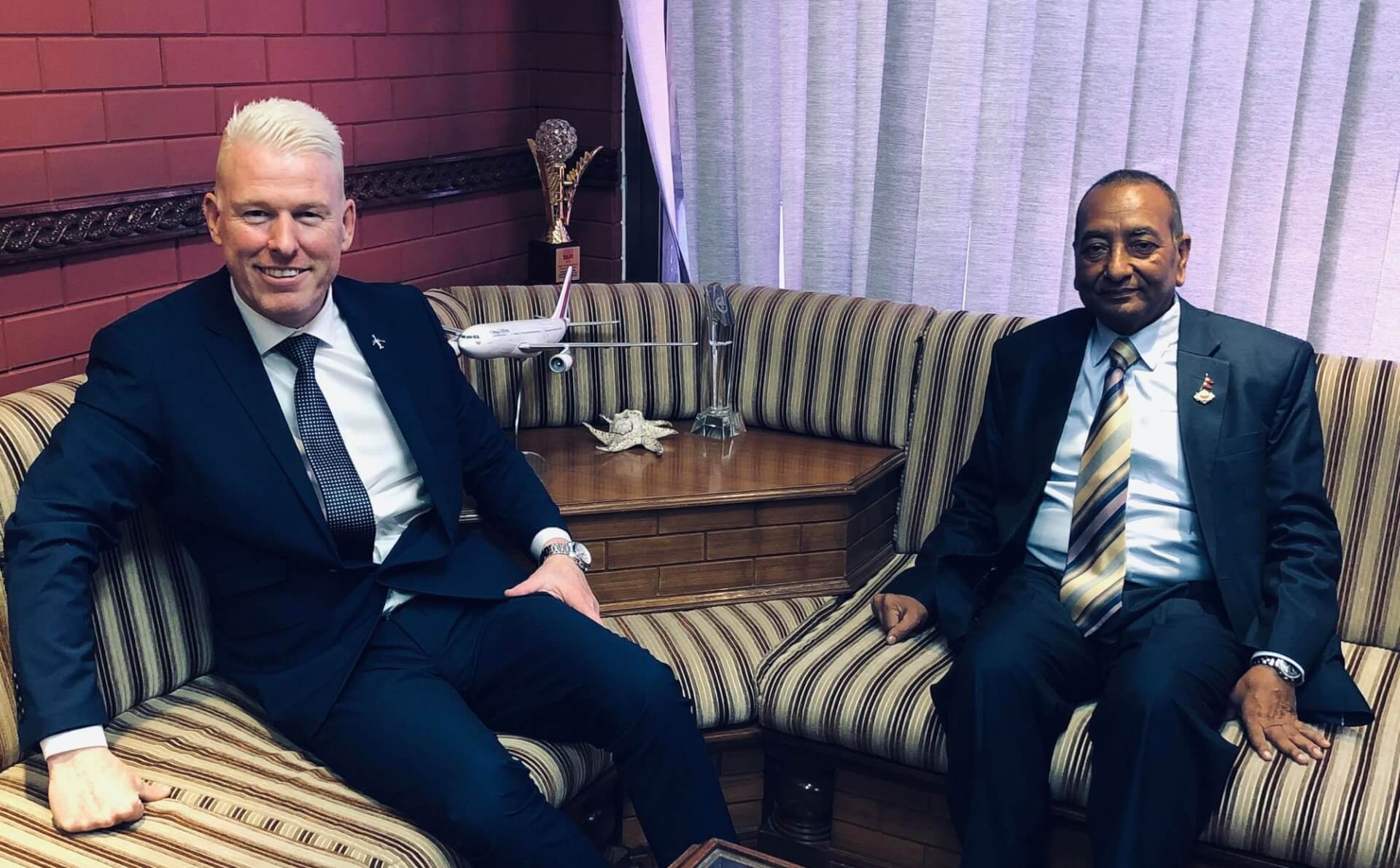 This will be the first of its kind in Nepal and a two-figured million-dollar investment in Kathmandu, if the stakeholders come to an agreement.

After discussing with both Mr. Yogesh Bhattarai, Minister of Civil Aviation and Mr. Rajan Pokhrel, Director General of CAAN, ALAS Group is in the final stage of deciding to move forward with an ATO in Nepal.

Mr. Dustin Paul Wilden, Chairman of ALAS Group, who had meetings with both parties, explains that the interest from the stakeholders are important to motivate future investments in Nepal. “We will now discuss internally how to continue, with the inputs and requirements from CAAN and the rest of the stakeholders. We hope to have a plan ready no later than end February 2020, but this of course all depends on the inputs.” he adds.