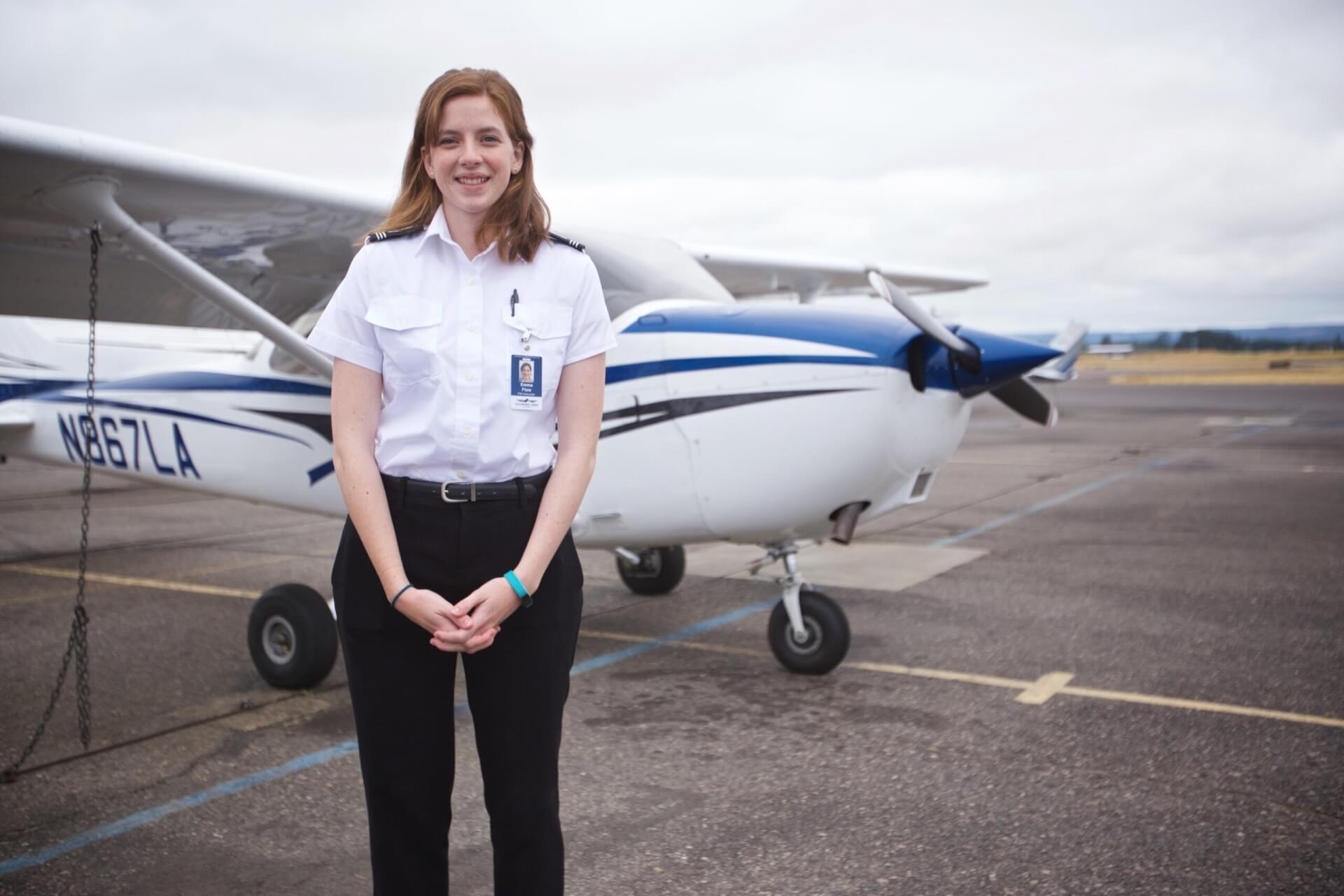 Alaska Airlines and its regional partner Horizon Air are teaming up with Hillsboro Aero Academy, a premier flight school in the Pacific Northwest, to launch the Ascend Pilot Academy (APA).

The program is part of a larger effort to address a growing pilot shortage coupled with increased travel demand.

In partnership with Hillsboro Aero, the two airlines will register and train up to 250 students a year.

Once enrolled, cadet pilots will be eligible for low-interest financial aid, a $25,000 stipend to cover the cost of a commercial pilot license, mentorship and guidance from Alaska Airlines and Horizon Air pilots and a conditional job offer at Horizon Air, with an opportunity to fly with Alaska Airlines after meeting certain criteria.

“Our goal is to create a program that enables students to complete an intensive training and time-building program, with a clear and established path toward flying for Horizon as a first officer.”

An industry-wide shortage of pilots has emerged during the pandemic.

Over the past two years, thousands of pilots at major airlines took early retirements, accelerating a pilot shortage that was already on the horizon.

With 80% of these hires anticipated to be sourced from regional airlines like Horizon Air, a more robust talent pipeline is critical to maintaining operational efficiency and business growth.

Combined, Alaska and Horizon estimate they will need to hire 500 pilots a year, or 2,000 by 2025. The Ascend Pilot Academy is one part of building that diverse talent pipeline.

“We’re taking a number of steps to actively recruit pilots at both Alaska and Horizon, including enhancing our existing Pilot Development Program and launching a robust marketing recruiting campaign,” added Sprague.

The barriers to entry for aspiring pilots can seem nearly impossible to overcome, particularly for young people who are unable to afford the estimated $70,000 to $90,000 to pay for training, schooling, and the licenses to become a commercially rated pilot.

Furthermore, it can be difficult for flight school students to secure government-backed financing, which means financing terms are often prohibitive.

In response to these challenges, Alaska Airlines and Horizon Air have been advocating for expanded federal student loan aid to also cover costs associated with flight education.

“It should be as easy to get a federally backed, low-interest student loan to become a pilot as it is to attend medical school,” Sprague said.

“The Ascend Pilot Academy aims to do just that.”

With campuses located in Hillsboro and Redmond, Oregon, near the metropolitan areas of Portland and Bend, Hillsboro Aero Academy is a premier flight school and long-time Horizon Air partner.

Hillsboro’s fleet of 95 aircraft are equipped with modern avionics, and their training staff are working directly with Horizon’s to develop instructional practices to best prepare students to fly in an airline environment.

“Through this program, an aspiring commercial pilot will be able to realize their dream of learning to fly, and work toward becoming a captain at Alaska Airlines,” said Nik Kresse, Hillsboro Aero Academy’s vice president of airplane flight operations.

“Enrolling in Ascend Pilot Academy is the first step of what we hope will be a long relationship with Horizon Air and Alaska Airlines.

“We’re eager to work with students through their entire journey and provide world-class training and dedicated pilot mentorship along the way.”

Many pilots at Alaska and Horizon either started their careers at Hillsboro or instructed at Hillsboro. Horizon E175 captain Emma Bryson and her husband, E175 captain Ian Bryson, both previously worked as Hillsboro flight instructors.

“Hillsboro Aero Academy and Horizon Air were the clear choice as the place to build my career,” said Emma Bryson,

“They made a point of explaining that this is a place you could stay if you wanted.

“My husband and I chose Hillsboro Aero because it was close to home and we thought flying in the Pacific Northwest was the best way to learn to fly in all types of weather and terrain.”

Interested students can learn more about Ascend Pilot Academy and enroll at: https://careers.alaskaair.com/career-opportunities/pilots/pilot-training/.