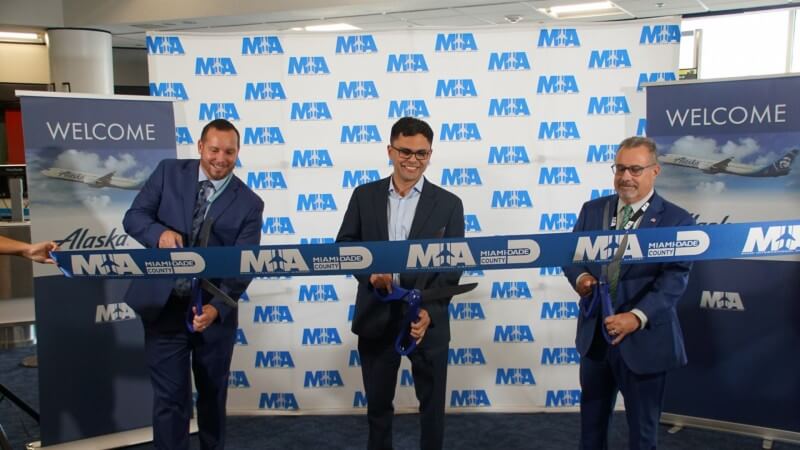 Alaska Airlines resumed daily Seattle-Miami service for the first time since 2012, making Miami the airline’s 100th nonstop destination from its ­­­­­­hometown airport in Seattle and ­­­­giving South Florida residents another travel option to the Pacific Northwest.

Alaska Airlines will serve its newest route with Boeing 737-8 and -9 aircraft that seat 159 and 178 passengers, respectively.

“Daily flights to the Pacific Northwest and beyond will give our residents more travel options, especially to the beautiful state of Alaska.

“I also commend Alaska Airlines for being included in TIME Magazine’s list of the 100 Most Influential Companies of 2022 for its work in sustainability, one of my highest priorities for Miami-Dade County.”

Alaska Airlines and its regional partners serve more than 120 destinations across the United States, as well in Mexico, Canada, and Costa Rica, making it one of North America’s largest airlines.

It is an honor to once again have Alaska Airlines and its award-winning service among our diverse mix of 94 airline partners at MIA,” Ralph Cutié, MIA Director and CEO.

“We appreciate Alaska Airlines’ decision to add Miami to its Florida network and make us its 100th nonstop destination from Seattle.”

“We’re seeing strong ticket sales for all our new nonstops. That’s another indication that so many of us are ready to get out and go places.”