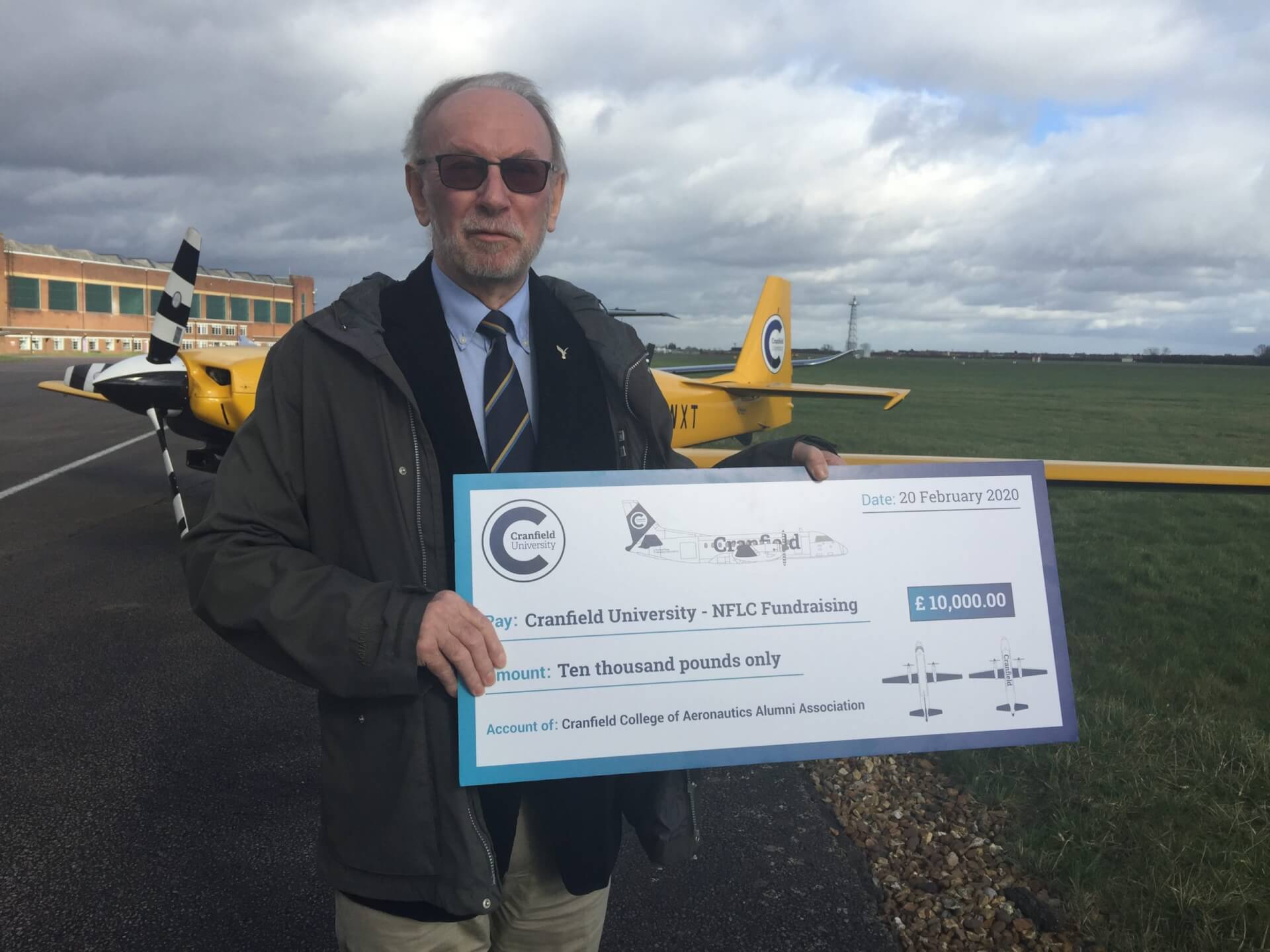 Cranfield University’s £1 million fundraising campaign for a replacement aircraft to join the National Flying Laboratory Centre (NFLC) has received a boost this week from the Cranfield College of Aeronautics Alumni Association (CCAAA), with a donation of £10,000.

The University’s campaign aims to raise funds to replace its Jetstream 31 ‘flying classroom’ with a Saab 340B aircraft. The aircraft is part of the NFLC, which operates from Cranfield’s global research airport.

Professor John Fielding who is the President of the Cranfield College of Aeronautics Alumni Association, said: “I was an MSc student in the 1960s who flew in The College of Aeronautics’ Dove, Paris and Beagle Pup aircraft. These flights were the highlight of my time as a student. Flying loops, rolls, phugoids and Dutch Rolls in real aircraft reinforced lecture material in a unique fashion. I later flew in the Jetstreams as a PhD student, Lecturer and Professor.

“Most of our aerospace alumni have benefited greatly from their flying experiences and have contributed to this donation to help enable many more to do so in the future, in the new, very capable, SAAB 340 aircraft.”

The Alumni Association represents former students who have attended aerospace and aviation related courses at Cranfield since its foundation in 1946 and the current students studying those subjects today.

Many will have experienced flying with the NFLC aircraft and also learned more about the principles of flight and aircraft stability and control through using the facilities.

Professor Helen Atkinson, Pro-Vice-Chancellor – School of Aerospace, Transport and Manufacturing said: “We are hugely grateful to the CCAAA for this contribution to the new NFLC aircraft. The NFLC is at the heart of Cranfield’s aerospace and aviation identity and with the Jetstream ageing it is very important that we look to the future. We are in the process of raising the remaining funds to complete the modifications so that data is fed from sensors on the aircraft during flight into the cabin, allowing students to see in ‘real time’ data on the behaviour of the aircraft. The CCAAA contribution is important in helping us reach the £1 million target for the modifications and the training of our pilots to achieve the type rating for the Saab 340B.”

No other university in the UK has the ‘flying classroom’ capability, with students from 25 universities using the Jetstream, as a vital part of their aerospace learning. Flights take students through various lift, drag and pressure tests and the specially-instrumented aircraft can supply real-time data, allowing students to become flight test engineers for the day.