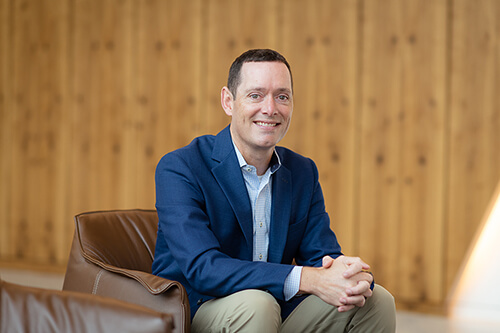 May, who is currently the airline’s senior vice president of Finance and Investor Relations, will assume the CFO role effective Jan. 1, 2023.

He will report to American’s CEO Robert Isom.

American’s current CFO Derek Kerr will remain at the airline as Vice Chair, President of American Eagle and Strategic Advisor.

He will continue to lead American’s Regional and Cargo teams and serve as a strategic advisor to the company.

“Derek Kerr is quite simply the best CFO in the history of the airline industry,” said Isom.

“He is a great friend and has been a trusted advisor throughout my career, and his 20-year stint as CFO of America West, US Airways and American is unparalleled.

“He was instrumental in bringing together American and US Airways and ensuring American remained on solid footing during the global pandemic.

“American is well-positioned because of Derek’s leadership and stewardship, and he has spent years readying Devon for his new responsibilities.”

“I have had the privilege of calling Derek a friend and colleague for more than 30 years,” said American’s Chairman Doug Parker.

“He is truly one of a kind — an airline CFO who has served in the role for two decades and made certain his airline met every single one of its commitments over that time.

“Derek has played a key role in building American into the airline it is today, and his leadership was critical in helping us get through the challenges brought on by the pandemic.

“On behalf of the entire board of directors, I want to thank Derek for his tremendous contributions to our airline as CFO.”

“It has been a tremendous honor to serve as CFO of American, US Airways and America West the past 20 years,” said Kerr.

“I’m incredibly proud of what we accomplished over that time — particularly over the past three years during the pandemic as we faced a crisis unlike any our industry had ever seen.

“We have the best finance team in the industry, and given we are back to profitability and well on our way to reducing our debt levels, it’s the ideal time to make this transition. As we move forward, the Finance organization is in great hands with Devon.”

May, who joined America West in 2002, has more than 20 years of airline industry experience across finance, operations, network planning and alliances.