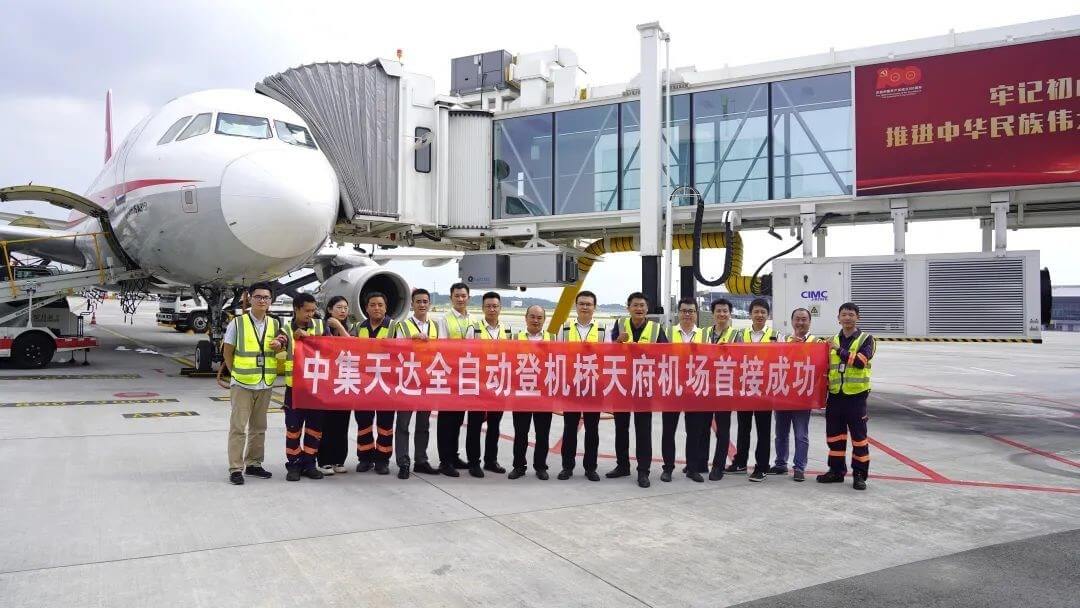 The first driverless boarding bridge in Asia has been officially put into operation at  marking a milestone in the intelligent upgrade of Chinese civil aviation industry.

It only took over 50 seconds to finish the whole process of docking between the boarding bridge and an aircraft at the Chengdu airport, significantly shorter than the traditional way, which normally takes three minutes on average.

Previously, the docking process was completed by human, who worked on the operating floor of boarding bridges.

Due to work difficulty, high error rate has long been a problem, which affects flight safety and operating efficiency of airports.

Moreover, as there are normally hundreds of boarding bridges at major airports and they are far away between each other, drivers have to move around, which is time-consuming.

The driverless device, meanwhile, not only reduces the workload of personnel and cuts airports’ operating costs, but also promotes the construction of more automated and smart airports.

“It is a milestone product for the passenger boarding bridge sector and represents the highest intelligent level so far,” Zheng Zuhua, managing director of CIMC-Tianda, said.

“The application of driverless boarding bridges at home and overseas has cemented the company’s leading role in the sector.

“Research and development standards of the company’s products will become the world’s standards.

“There is still large room for imagination in the future of smart airports.” 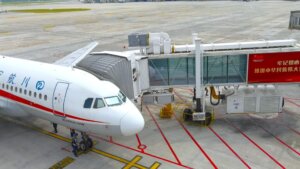 Apart from Chengdu, other Chinese cities including southern metropolis of Shenzhen and northeastern Harbin have also begun to introduce driverless boarding bridges at their airports.

It is believed that a number of overseas airports are also considering the matter. CIMC-Tianda said it is helping them with the preparation work.