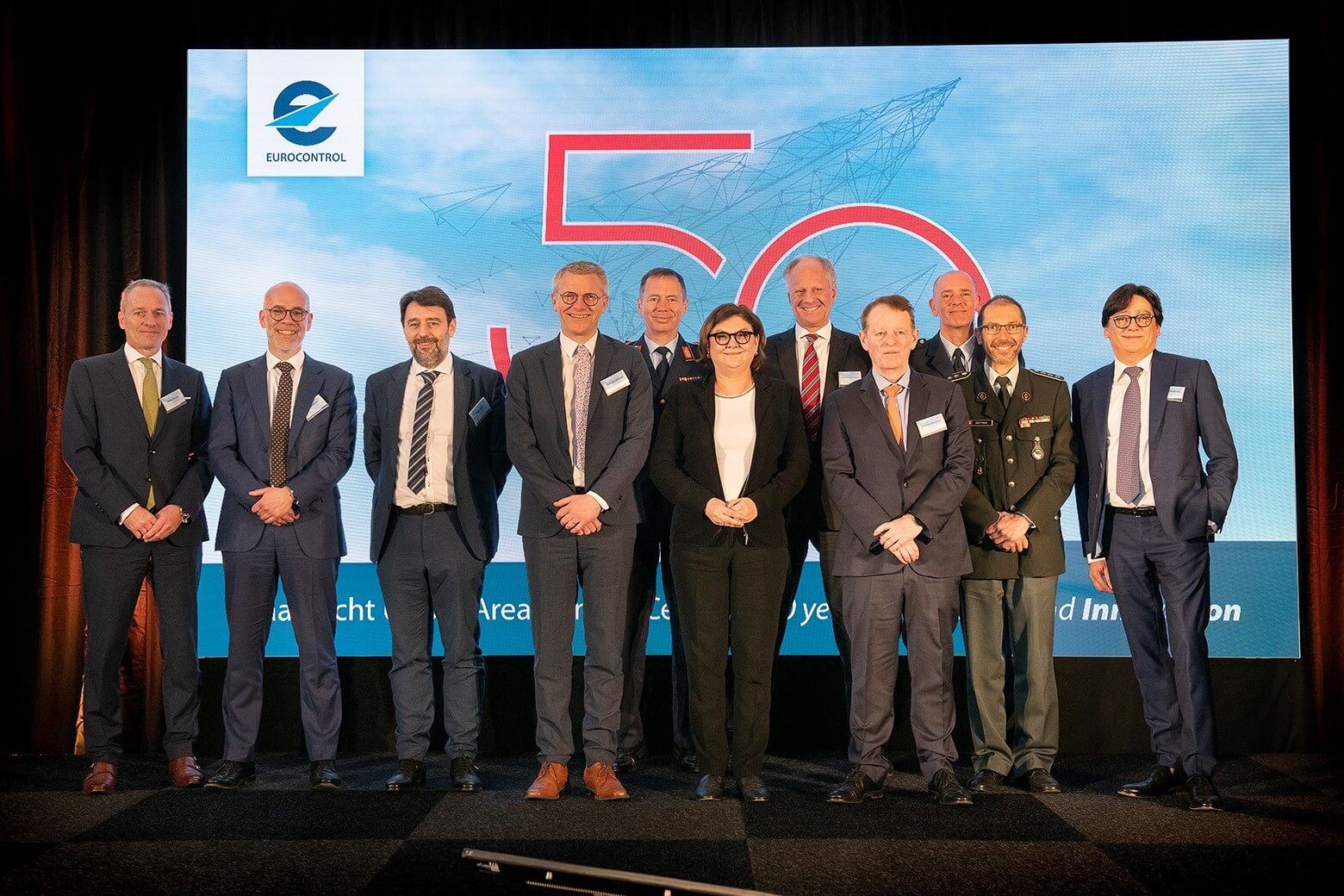 In those 50 years, MUAC has grown to become the 3rd busiest Centre on the continent, handling in pre-COVID times upwards of 1.9 million flights a year with up to 5,700 flights on peak days.

To mark the 50th anniversary, leaders from across the aviation industry met today in Maastricht to discuss what has been achieved and what the future holds, against the backdrop of the worsening situation to the east following Russia’s invasion of Ukraine.

Speaking at the event, Eamonn Brennan, Director General of EUROCONTROL said: “The 50 years of successful civil and military cross-border, inter-State cooperation that MUAC represents pays tribute to the values of inter-State trust and cooperation – values that stand in stark contrast to the unilateral aggression being experienced by our Member State, Ukraine.

“Despite this terrible situation, Europe will continue to need a high performing, safe and efficient air traffic management service, driven by innovation.

“MUAC has pioneered some of the industry’s most innovative breakthroughs to cope with growing operational density and complexity and environmental challenges.

“All this has resulted in the centre we see today, recognised widely as the best in its class, both on European level and also worldwide.”

Adina Vălean, European Commissioner for Transport said: “The cooperation embodied by the Maastricht Upper Area Control Centre is an excellent example of the benefits of a united Europe.

“The vision from which it was born was remarkable at the time, and it remains so today.

“Today’s 50-year milestone is living proof that air navigation service providers can operate on a truly cross-national basis – performing above average, and in full respect of Member States’ sovereignty.

“This cooperation shows that our own vision for the Single European Sky is achievable if we work together – the European way.”

Jaco Stremler, Director General of Civil Aviation of the Netherlands, had the following to say: “In 1964, the Member States of EUROCONTROL decided to establish, on Dutch territory, what was then supposed to be the first multinational air traffic control centre in Europe.

“This was a great honour for our State as we were also one of the founding Member States of EUROCONTROL.

“All this was well worth the effort as we now have a high-performing blueprint of the Single European Sky in the core area of Europe.

“MUAC’s added value under EUROCONTROL’s aegis is no secret. It is its current institutional structure, its cross-border civil-military concept, and its ground-breaking innovative mentality which have opened new doors to air traffic management.

“In the near future, MUAC will be able to respond more dynamically to operational challenges and customer expectations in its day-to-day management. This is a key tenet of a modern air navigation service provider – especially in these turbulent times.”

John Santurbano, EUROCONTROL Director MUAC, concluded that “MUAC is a uniquely European success story, a 50 year story of passion and innovation by its staff. We actively try to nurture this passion and encourage people to come forward with ideas for improvement.

“This has been our strength over the last five decades and I am convinced that MUAC will continue to serve as a blueprint for European air traffic management.”