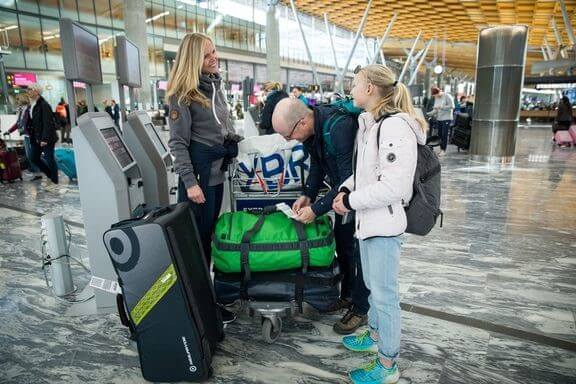 Compared to 2019, nine out of ten travelers are back at Avinor’s airports, traffic has now stabilized at this level in recent months, and we are seeing a normalization of travel habits.

-Both airlines, Avinor and other affiliated companies, were hit very hard by the pandemic.

Now there are other elements that are creating unrest in the market which is largely a consequence of the war in Ukraine.

It is therefore pleasing to see that the number of passengers remains stable after the strong catch-up we had into the summer, says director of traffic development in Avinor, Gaute Skallerud Riise.

The number of aircraft movements has also increased in October this year compared to October in 2021.

This is also where the greatest growth is to and from abroad. There were 65,534 commercial aircraft movements * in October, this is a growth of 14 per cent compared to October last year, when the number of aircraft movements was 57,397.

International traffic is still the biggest driver of the increase in the number of travelers. In October, a total of 1,724,537 passengers traveled between Avinor’s airports and abroad, an increase of 82 percent compared to 2021.Number of passengers is still 13 per cent lower than in October 2019, when 1,986,772 traveled to and from abroad.Inland traffic in October was 7 per cent lower than in the same month in 2019.

– We see that air traffic and the number of passengers are still increasing, compared to 2021, but it seems that the development is flattening out somewhat. Rising loan interest rates and higher electricity and food prices can contribute to uncertainty about families’ purchasing power in the future.

We think that this unrest may affect people’s travel habits. In addition, there are probably still some companies that opt ​​out of physical meetings in favor of digital meetings, says Riise.

There are big differences from airport to airport. Traffic increased the most at Oslo Airport, where overall (both domestic and international traffic) there is a 44 per cent increase compared to last year. 550,000 more passengers traveled abroad, while 140,000 more traveled in Norway.Kristiansand Airport also increases by 40 per cent in October (both domestic and international).