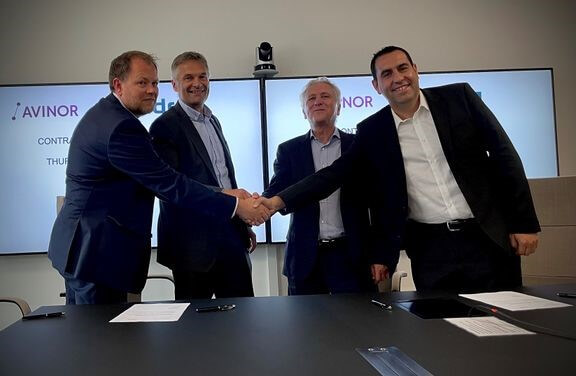 The Norwegian airport and airspace operator Avinor and the technology company Indra have signed an agreement to digitalize the air traffic management system for the Norwegian airspace.

The system is developed in an alliance with several other European countries and will provide Avinor with modern technology on a common European platform.

The system is developed in an alliance with several other European countries.

It will provide Avinor with state-of-the-art technology on a common European platform, which will increase capacity to cope with future demand and maintain higher levels of punctuality.

The new system, also known as Future Air Traffic Management system (FAS-iTEC), will automate many tasks for air traffic controllers, enable efficiency in the airspace and increase the predictability for airlines.

This will contribute to reduce fuel consumption, CO2 emissions and the costs for airlines.

“The system will assist air traffic controllers with organizing the traffic, ensuring a seamless flow in the airspace.

“The system will be on a common technological platform in large parts of Europe.

“This makes it possible for air traffic control to plan further ahead and achieve a higher capacity compared to today’s solution.

“The system will detect potential conflicts between scheduled aircraft in the airspace and can suggest solutions in which the air traffic controllers may accept and communicate to pilots via data communication.

“This will increase both the capacity and safety in the airspace.”

“This agreement represents another step forward in the long-term collaboration between Avinor and Indra”, says Javier Ruano, ATM Programmes Director at Indra.

“The Avinor FAS-iTEC system will enhance the digitalisation of Avinor’s air traffic management.

“It will support building the Digital European Sky with the most up to date technology, in collaboration with the iTEC alliance partners, to optimise the air traffic flows across the whole continent, minimise delays and contribute to a more environmentally friendly air traffic.”

This procurement is an important step in Avinor’s long term strategy of digitalization throughout the company.

The system is a key enabler in terms of making it possible for Norway to comply with several regulatory requirements related to the Single European Sky programme in the years to come.

It will also create a platform for further development of airspace management in line with the rest of Europe.

The aim is to have the new air traffic management system implemented in 2025 at the area control centres in southern Norway.