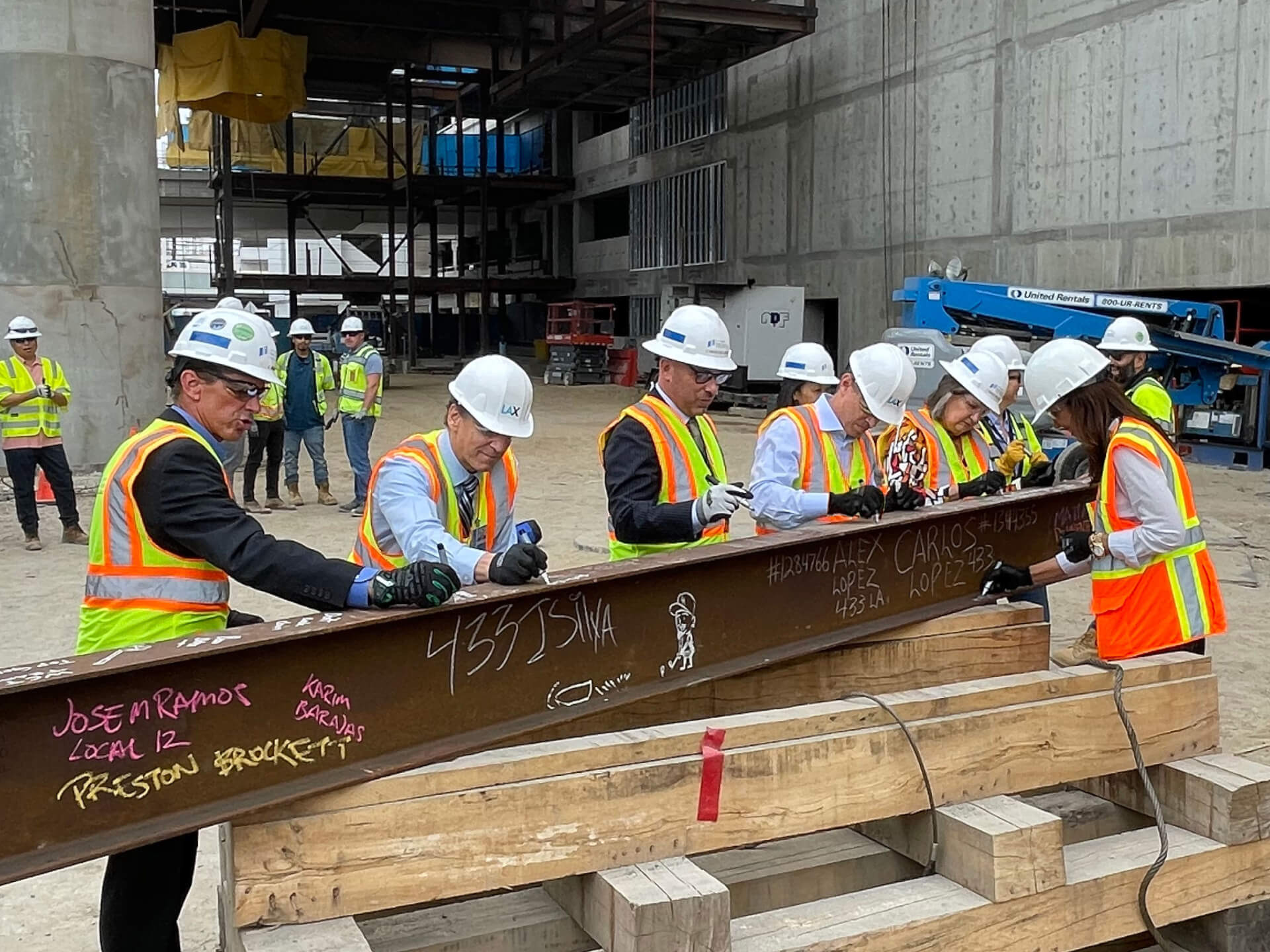 Balfour Beatty, as part of LINXS Constructors, announces another major milestone on the ongoing modernization of the Los Angeles International Airport (LAX) with the placement of the last structural steel beam for the Automated People Mover (APM) train stations.

This achievement signifies substantial progress in revolutionizing how travelers get to and from the fifth busiest airport in the world.

The largest of the six stations being built, the West Central Terminal Area (CTA) station, saw the last of nearly 2,000 tons of structural steel set in place with the topping out milestone.

The 1.2-million-square-foot station will connect the train system to Terminals 3, 4 and 5, in addition to Tom Bradley International Terminal, via elevated pedestrian bridges.

It will feature an open space with a programmable 800-square-foot LED screen and public art for LA-based creators.

“Topping out the final station at the West Central Terminal Area signifies our team’s progress in providing a revolutionary travel experience for worldwide passengers at LAX airport.

“We look forward to their continued work in completing construction on all stations to begin testing the train system’s driverless vehicles to prepare for public use.”

“The vision of a fully connected LAX is coming to fruition, and with the last placement of station steel today, we continue to see the transformation unfold behind the skilled hands of so many local workers who are building our future,” said Justin Erbacci, LAWA chief executive officer.

“This station will be a jewel of the system with visually pleasing digital elements and architecture that will welcome tens of millions of travelers each year.” 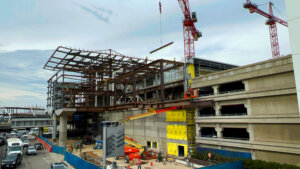 Whether renting a car, returning home to pick up their own car, or catching a train to downtown on Metro’s light rail system, travelers will be transported within minutes via the APM system.

From the West CTA station, the last stop on the route inside the CTA, it will take just a six-minute ride to reach the LAX Economy Parking facility, eight minutes to the station that will connect to the future Airport Metro Connector Station and 10 minutes to the future Consolidated Rent-A-Car (ConRAC) facility during peak operations (9 a.m. to 11 p.m.).

Work on the station façades, internal systems and vertical cores is scheduled to continue this year.

In addition, the placement of the project’s final pedestrian bridge, connecting the West CTA station to Tom Bradley International Terminal, is scheduled for placement this fall. In total, the structural steel used on the stations, bridges and vertical cores weighs in at more than 9,000 tons.