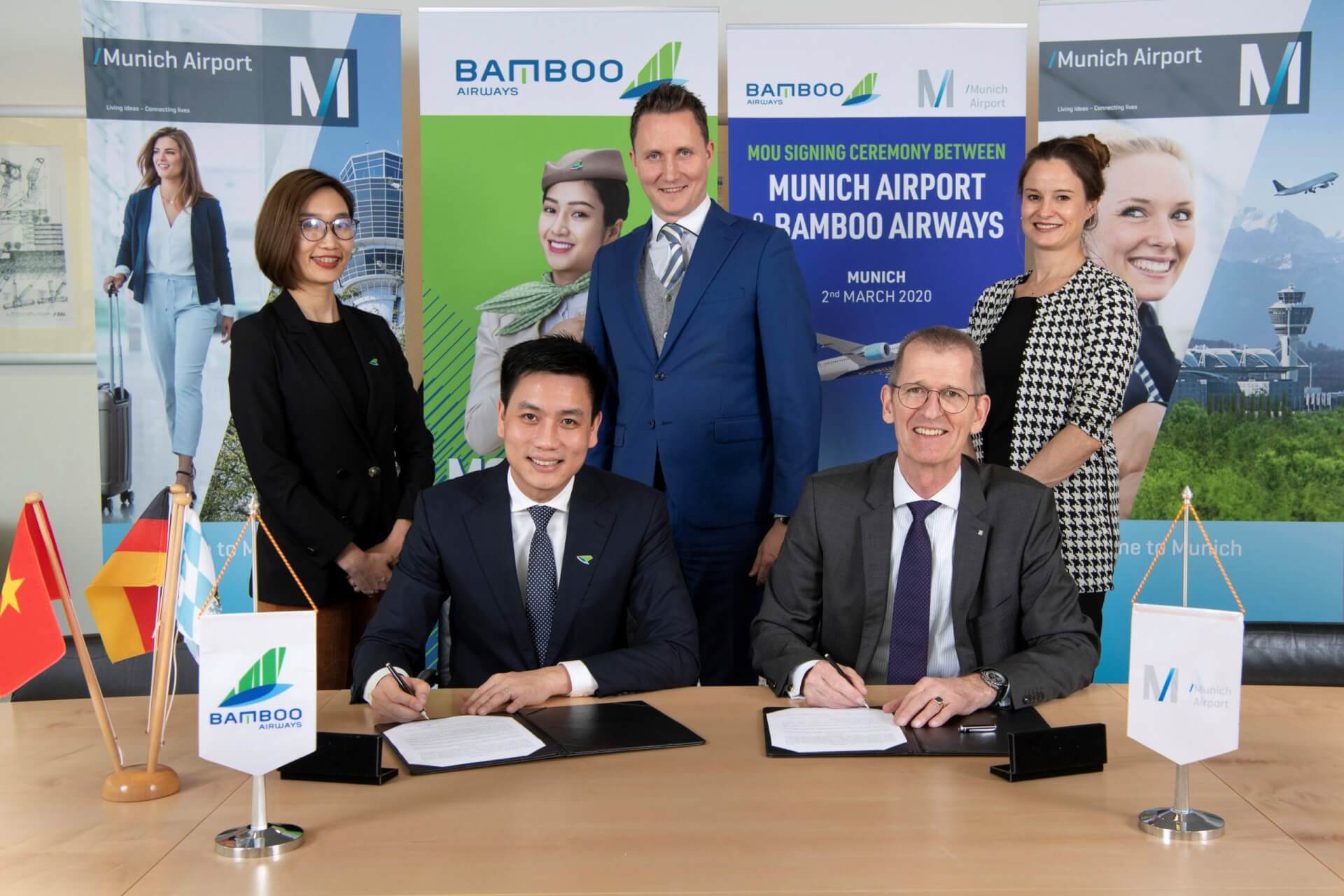 The Memorandum of Understanding (MoU) between Bamboo Airways and Munich Airport is expected to strengthen the cooperation, promoting the exploitation of Vietnam – Germany direct routes and widening the Airline’s network to Europe.

The European market is determined as a key market which dominates the development roadmap of Bamboo Airways’ route network in particular, as well as tourism and investment products of FLC Group in general in 2020. To initially widen the international flight network to Europe, Bamboo Airways is operating the first direct flight connecting Vietnam – the Czech Republic from March 29, 2020.

After the Czech Republic, the Federal Republic of Germany will be the next European market that Bamboo Airways targets in the QI/2020. Accordingly, Bamboo Airways will sign an MoU with Munich Airport, promoting two direct routes connecting Munich – Germany’s third-largest city, with Hanoi Capital and Ho Chi Minh City – Vietnam’s largest city.

These routes will be operated by Boeing 787-9 Dreamliner aircraft, the most modern, fuel-efficient wide-body aircraft as of now, with numerous outstanding utilities and services.

“The new connections to Hanoi and Ho Chi Minh City will give us direct access to this important future market for the first time. This is the excellent response to the steadily growing interest in Vietnam as a travel destination. And we are especially pleased that Bamboo Airways will serve these routes with the environmentally friendly Boeing 787 Dreamliner. This stateof-the-art aircraft is a perfect fit for Munich Airport’s climate strategy,” Mr. Andreas von Puttkamer added.

“In addition to the goal of increasing visitor exchange, providing favorable travel conditions for German tourists to visit Vietnam, promoting exchanges and cooperation between the two countries, these direct routes are also Bamboo Airways’ new products in the process of connecting Europe with countries in Asia and Southeast Asia through the hub Vietnam”, said Mr. Bui Quang Dung. He also hopes that these will be solid premises for the Carrier’s next routes to Germany, as well as other countries in Europe in Q2, Q3/2020.