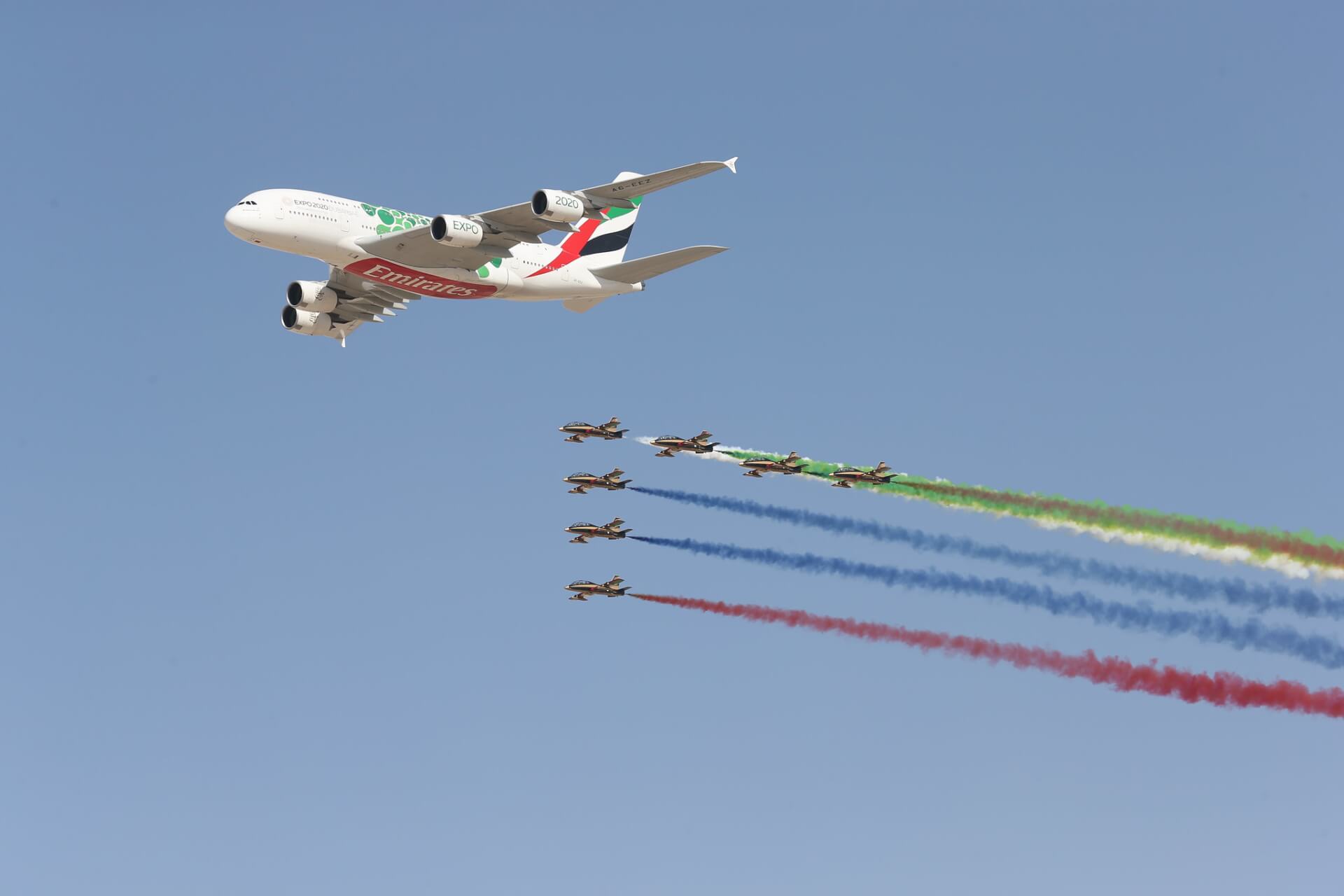 Dubai Airshow 2021 was officially the biggest edition of the event since it first began in 1989, with an incredible USD 78 billion worth of deals announced during the week.

The mega event welcomed more than 104,000 attendees and witnessed a 50% increase in trade visitors which included global senior executives from 148 countries.

The Airshow was bigger than the pre-pandemic 2019 edition in terms of visitor numbers and deals announced.

It was also a significant milestone for the defence and space sectors which saw a range of deals and agreements declared.

Some of the notable deals which took place during the event included Airbus who announced orders and commitments totalling 408 aircraft (269 firm orders and 139 commitments).

The agreements covered the full range of commercial aircraft families, including a first commitment for the A350F freighter derivative.

Airbus launched its latest global market forecast outlining progressively shifting demand from fleet growth to accelerated retirement of older, less fuel-efficient aircraft resulting in a need for some 39,000 new-build passenger and freighter aircraft. Of these,15,250 aircraft (around 40%) are for replacements.

On the opening day of the show alone, Indigo Partners portfolio airlines placed a firm order for 255 A321neo Family aircraft, including 29 XLR.

The UAE’s Ministry of Defence signed AED 22.5 billion worth of contracts with European, American and Asian contractors and suppliers at the Airshow.

The UAE Air Force and Air Defence (Afad) on the first day awarded a contract worth Dh11 billion to Abu Dhabi-based advanced technology firm Edge Group’s subsidiary GAL for the maintenance, repair and overhaul (MRO), and specialised support services for the UAE Airforce and Air Defence.

Tawazun Economic Council (Tawazun) and Airbus signed a Memorandum of Understanding (MoU) under which the latter will establish a wholly-owned facility in Abu Dhabi.

The formation of the subsidiary is part of Tawazun’s efforts to attract and promote long-term partnerships with major companies in the defence, aviation and aerospace sector.

Dubai Airshow and the UAE Space Agency signed a MoU on the second day of the event. The two parties will collaborate to further position Dubai Airshow as a key platform for companies and investors in the space sector.

The partnership will support organizations looking to establish a presence at future editions of the event and will enable space companies to benefit from the participation, engagements, networking and agreements created at Dubai Airshow.

The agreement will deliver an increased focus on the space industry for future editions of the event highlighting the continued growth and development of the international space sector.

“The event has been a real testament to the resilience, robustness and adaptability of the aviation and aerospace industries to come back with such strength after the pandemic.

“We have seen an industry transition with significant levels of innovation, technological advancement and digital transformation right across the show with many exhibitors displaying brand new solutions.

“There has also been greater commitments towards sustainability and decarbonisation, which is of critical importance across the globe.

“The attendance levels of global senior executives from across the industries has also never been higher than this year.

“We thank the UAE leadership for their continuous support, trust and guidance in helping make this the biggest ever event of its kind. USD 78 billion worth of deals truly shows that the industry has an exciting and prosperous future with partnerships and collaboration at its heart.

“Dubai Airshow is today recognized as a world-class platform that shapes the future of the aerospace sector and we thank everyone involved for helping to make the 2021 edition a truly pivotal moment and a resounding success.”