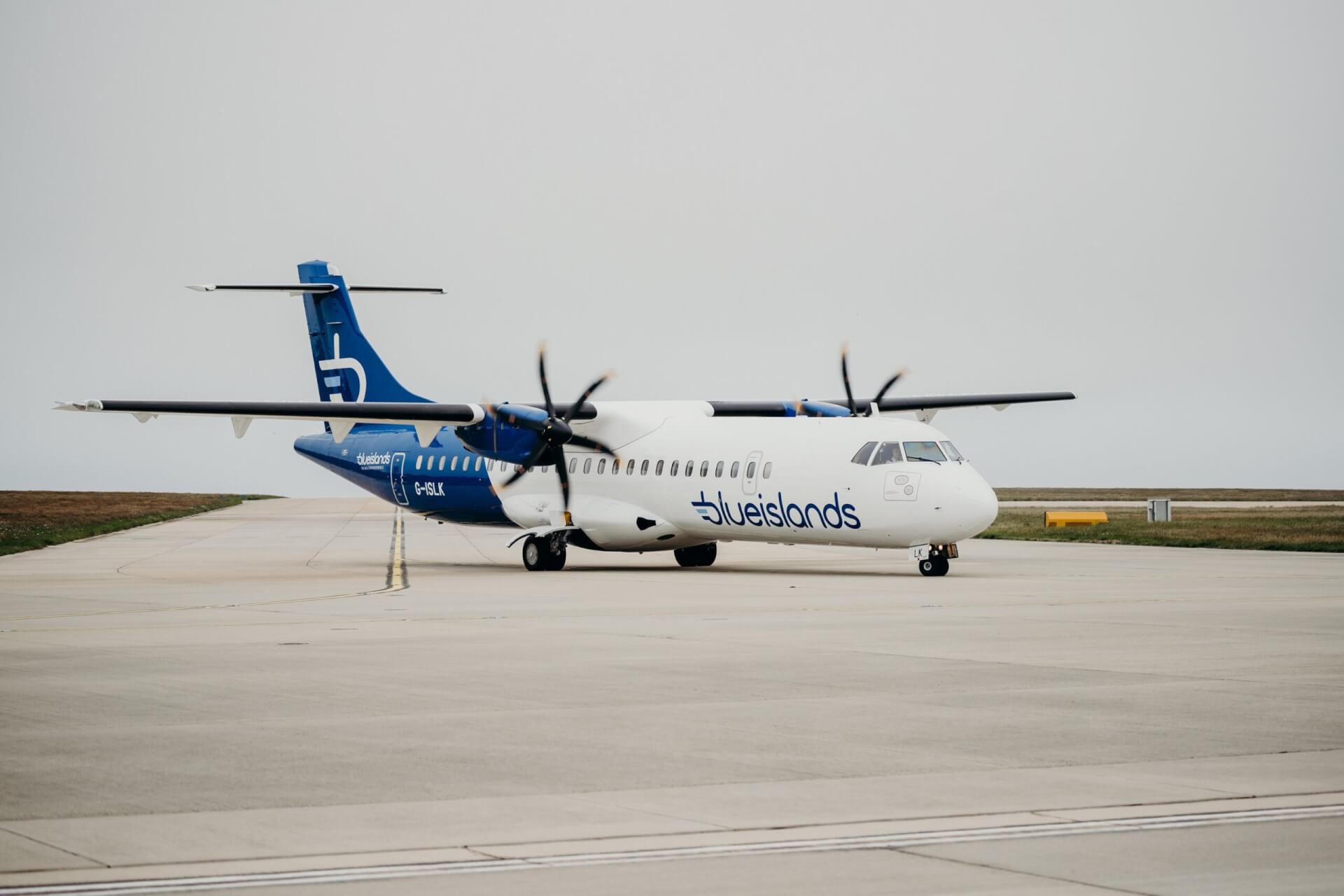 Blue Islands, the Channel Islands airline, announced a significant plan to restore key lost routes at Southampton Airport today, flying in an ATR72 in brand new corporate colours.  The aircraft touched down at the airport from its Jersey base at noon, as the airline confirmed four initial routes.

Prices start from £34.99 for Guernsey; £39.99 for Jersey; and £49.99 for Manchester and Dublin. All fares now include a generous 23kg hold luggage allowance included in the price. Flights are now on sale at the airline’s new website, www.blueislands.com and all customers are invited to sign up to the airline’s new Blue Skies Club frequent flyer programme.

This is a significant expansion for the 15-year old regional airline, which has connected the Channel Islands with Southampton since 2007 and operated between the Islands and Southampton in Flybe colours, as a franchisee since 2016.

Its goal is to replace lost capacity on core business routes in the South and South West such as Southampton and Exeter to Manchester, and to connect people from Jersey and Guernsey. Blue Islands will also be working with partners to offer connections for passengers travelling northbound beyond Manchester.

It is initially basing one 70-seat ATR72 at Southampton, creating 20 direct jobs, including pilots, cabin crew and maintenance staff.  A further 20 more indirect jobs will be generated, including in ground handling and other associated activities.

“Blue Islands is committed to simplifying regional air travel – with no hidden costs or stresses over bag restrictions,” said CEO Rob Veron. “In addition, we know that our passengers require strong wellbeing measures before flying and we are pleased to have introduced a very robust set of measures to meet this very important need. More details of our Enhanced Wellbeing Onboard can be found on our website.  In addition, we are proud to announce our new product offering, refreshed brand identity and new website.  Our offering is tailored to the needs of regional passengers.  Our aim is to make flying a pleasure again. It’s the little things that matter and make the welcome difference.”

Blue Islands is also adding more flights from the UK regions to Jersey – ideal for a short break and providing convenient services for VFR traffic.  These include:

Birmingham to Jersey – operating Monday/Wednesday/Friday and Sunday from 31 August.

As well as its scheduled services, Blue Islands operates extensive charter programmes for European tour operators, bringing visitors to the islands from across Europe including Zurich, Rotterdam, Groningen and 20 regional airports throughout Germany.

Blue Islands is pleased to engage the support of Surrey-based specialist aviation comms agency Emerald Media as media conduit and PR representative on the mainland.  “The Emerald team has a strong understanding of the regional airline sector and extensive trade contacts.  They are well located for our southern UK focus too,” said Rob.