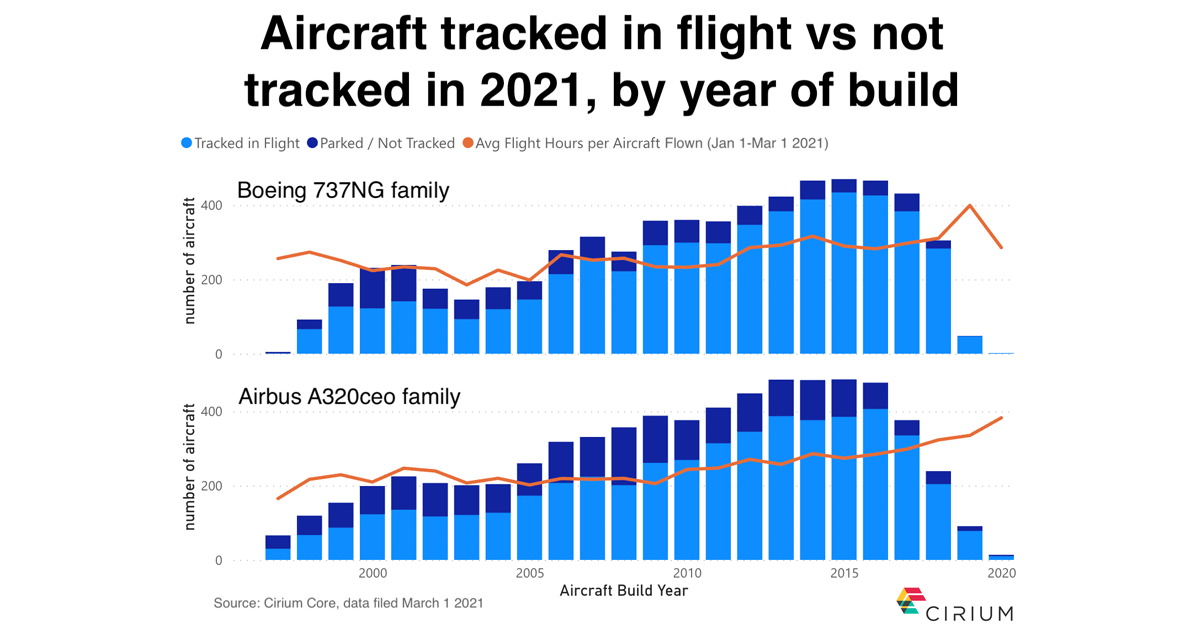 New data released by Cirium shows that once fleet size comparisons have been factored in, nearly 300 of the 360 2010-build 737NGs have been tracked in flight since January 1, representing 83 per cent of the current fleet.

This is more than the 75 per cent recorded from the A320ceo family, although the Airbus aircraft that have taken to the skies have flown for longer, 243 hours compared to Boeing’s 233 hours.

Much of the 737NGs  have been driven by the return to the skies of the 737 MAX, with the US, UK, EU, Brazil and Australia all having granted permission for the aircraft to return to service.