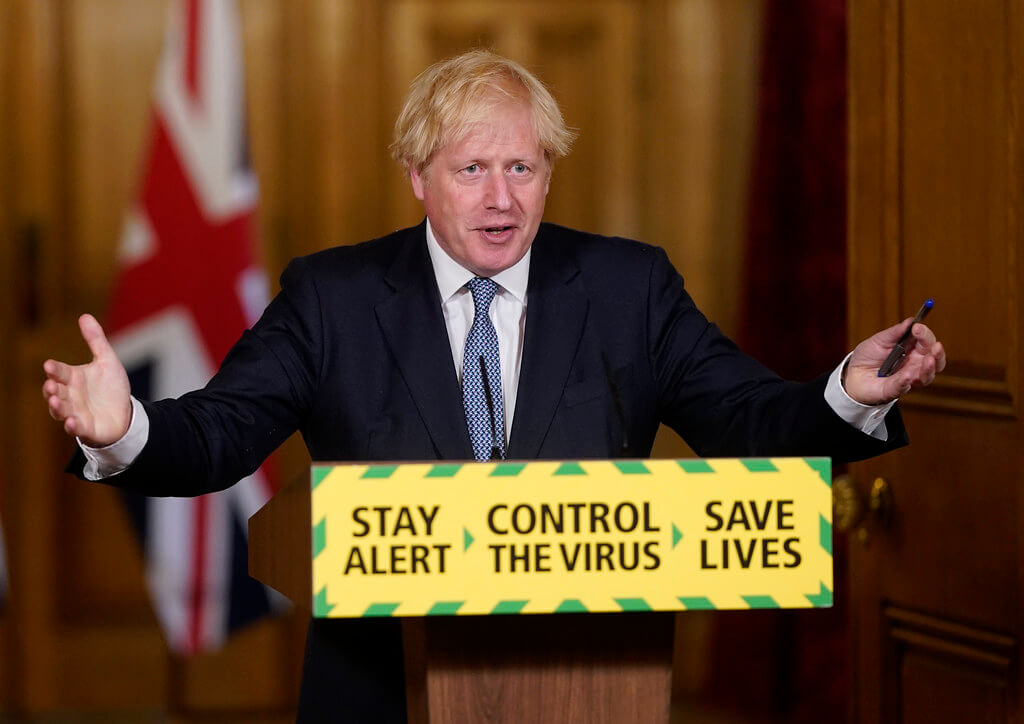 The travel and aviation sectors have been among the hardest-hit by the coronavirus pandemic.

Travel restrictions such as testing, quarantine, and border closures have combined with a fall in demand to make life incredibly hard for these vital businesses.

So they were among those listening very carefully as the prime minister detailed the steps that England would take to get out of the current lockdown.

Anyone hoping for a holiday this year would also have been paying attention.

So what did the prime minister say?

Domestic overnight stays and self-contained accommodation will be allowed no earlier than 12 April but non-essential international travel will remain banned.

This is part of the roadmap’s second step and it will take place at least five weeks after the first step – 8 March – but could be postponed if the prime minister and his advisers say it is necessary.

The date for international holidays to be allowed is not before 17 May, although this date was listed in the roadmap as being subject to review.

The government’s Global Travel Taskforce will reconvene to issue a report by 12 April recommending how international trips can resume safely.

Boris Johnson said this will “give people time to make their plans for the summer”.

How have businesses reacted?

Airport Operators Association chief executive Karen Dee said: “As the worst-hit economic sector in 2020, this will ensure we will also be the worst-hit sector of 2021.

“The UK and devolved governments must set out sector-specific support to help ensure there are viable airports to be able to restart.”

She added: “The prime minister’s recognition of aviation’s important economic role, in particular for businesses that rely on access to international markets or visitors to the UK, was welcome.

“Airports look forward to working with the successor to the Global Travel Taskforce to ensure we have a robust system in place to safely restart international aviation. We will be able to build on the significant work already undertaken by the aviation industry on possible scenarios for reopening.

“It is of vital importance that the UK government includes the devolved governments in this work. A divergent approach in the four UK nations will undermine airports’ abilities to attract airlines to reopen routes, undermine public confidence in the new system and thus harm the overall recovery of our sector.”

Tim Alderslade, chief executive of Airlines UK, added: “We’re grateful to the prime minister and Department for Transport for providing the clarity the whole sector was looking for that international travel can reopen this summer, as soon as it is safe to do so.

“This will provide much needed reassurance not only to airlines in desperate need of a summer season but families looking to visit friends and family and take a long-awaited holiday, and we know there is enormous pent-up demand for when we can restart operations.

“We now look forward to working with ministers and as part of the proposed taskforce on the practical detail of how current restrictions – which are amongst the toughest anywhere in the world – can be removed, and how the sector can be provided with as much advance notice as possible before any restart.

“As we have always said, this must be risk-based and proportionate but based on the overriding assumption that as the vaccine rollout accelerates a phased easing of restrictions is achievable.”

Mark Tanzer, chief executive of travel trade organisation Abta, said summer holidays will be crucial for both “travel businesses whose revenues have been wiped out” and for “millions of people who are desperate to travel again”.

But he said Chancellor Rishi Sunak must use next month’s Budget to provide “tailored financial support” to travel agents and tour operators to enable them to “come through the weeks ahead”.

He went on: “It means more consumers can be reassured that their 2021 summer trip can take place, or they can get a refund or refix their travel date.

“They can book knowing that this summer will be even safer than last.

“We will need to see the finer details in the future reviews for the sector’s restart but the prime minister’s comments are certainly far more positive and realistic than those made by some ministers just two weeks ago.”

British Airways chief executive Sean Doyle said it is “critical we start looking at a way to restart travel”, adding that he is “pleased the government has acknowledged that”.

He added: “We support a data-led approach that protects public health. We want to work with government’s taskforce on a road map now to ensure that aviation is in a strong position to support the UK as we emerge from the pandemic.”

What about the other parts of the UK?

The picture is different in Wales, where self-contained holiday accommodation could reopen in time for Easter, First Minister Mark Drakeford said last week.

“The most that would be would be the reopening of self-contained accommodation where there aren’t shared facilities and there isn’t social mixing.”

He said that they could pursue a similar policy to last summer with self-contained holiday accommodation opening first.

But he also made clear he did not expect hospitality to be part of that initial reopening of the economy – so no eating out.

The Scottish government is expected to publish a “revised strategic framework” on Tuesday.

But First Minister Nicola Sturgeon has said travel restrictions are likely to stay in place and Scots were warned against booking breaks within the country during the Easter holidays.

It was “highly unlikely” that hotels and self-catering venues would be fully open by then, she added.

Northern Ireland’s Executive is promising “baby steps” towards easing restrictions, but from 8 March, groups of 10 or more from up to two households are able to gather in parks or other outdoor public spaces.

The public have been warned not to make any great plans for Easter weekend.