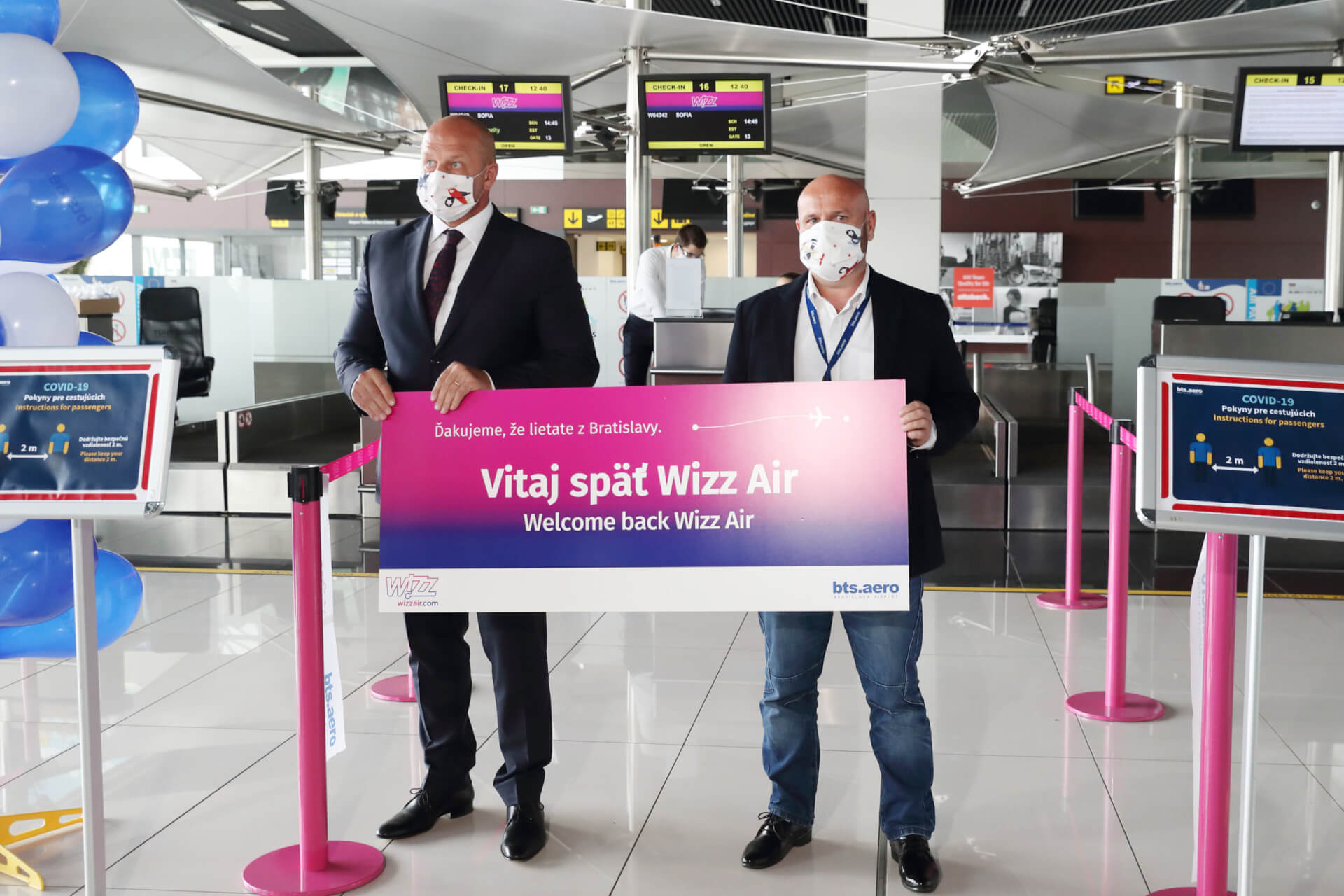 The first post-lockdown commercial flight headed to the capital of Bulgaria, Sofia and was operated by Wizz Air. Sofia is the first destination where flights resumed after three months of ban on civil flights and will remain the only regular scheduled destination connected with Bratislava throughout the month of June. The flights will depart three times per week.

Joining Wizz Air, Ryanair will resume first routes from Bratislava in July, namely to Bourgas in Bulgaria, to Thessaloniki and the island of Corfu in Greece, and to Paphos, Cyprus. Vacation charter flights will head to Zakynthos, Rhodes and Crete as of July, too.

“We are delighted that we can welcome first passengers back at Bratislava Airport after three months. Within those 19 states that have opened their boarders with Slovakia, currently there are flight connections to Bulgaria, Greece and Cyprus in place, while flights to Malta will resume at the end of October” informed Bratislava Airport´s CEO and Chairman of the Board of Directors, Mr Jozef Pojedinec.

The airport follows the required health protocol which includes compulsory wearing of face mask / or alternative nose and mouth cover, wearing the mask throughout the whole stay at the airport and on board the aircraft, hand-sanitizing upon entry into the airport buildings, social distancing (2m distance) at check-in and security control. Body temperature is measured for passengers on arrival. Airport staff is equipped with appropriate PPE.

“Resuming of flights to other countries, where regular connections were in place before the lockdown, namely flights to Great Britain, Russian Federation, Ukraine, Turkey, Egypt, UAE and other will depend on re-opening of boarders of Slovakia with these countries. An exact date is not yet known” stated Imrich Ancin, COO of Bratislava Airport.