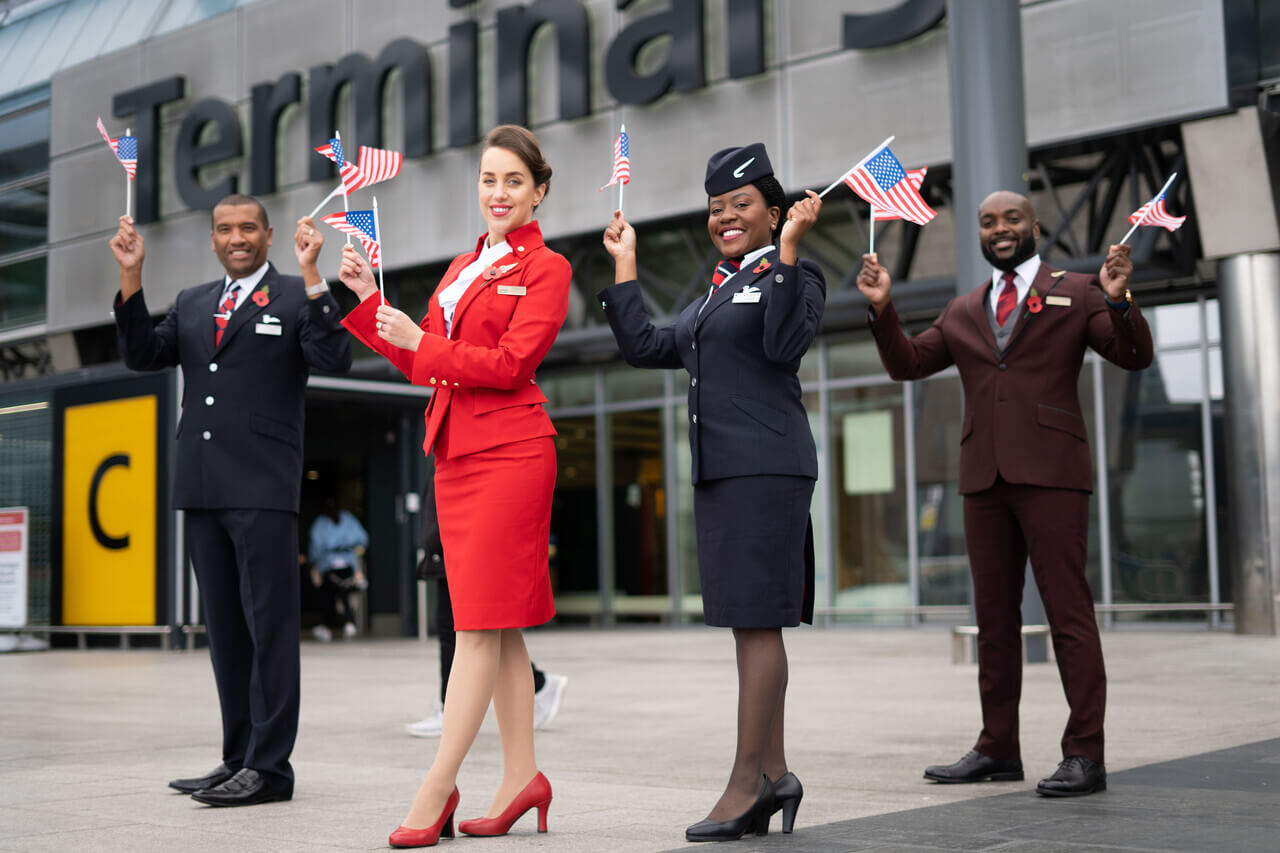 British Airways flight BA001 became the airline’s first flight to depart for the US this morning, as the country lifted restrictions imposed on British travellers for more than 18 months.

The BA001, the flight number previously reserved for Concorde, departed Heathrow at 0830 this morning in a synchronised take-off with Virgin Atlantic’s VS3 flight. Both flights were bound for New York, JFK.

The British Airways A350 flight is being directly powered by a 35% blend of sustainable aviation fuel (SAF) provided by bp and made from used cooking oil.

It is believed to be the first commercial transatlantic flight ever to be operated with such a significant level of the fuel blended with traditional jet fuel.

The airline’s newest and most fuel-efficient long-haul A350 aircraft are up to 40% more efficient than the Boeing 747-400 Jumbo Jet aircraft that used to operate between London and New York.

The lifting of US restrictions after more than 600 days means that fully vaccinated Britons are now able to travel freely between the two countries – something that has not happened since March 16, 2020.

The changes have enabled British Airways to meaningfully re-start direct services to 17 US destinations.

The airline is set to extend its services to 23 US airports this winter, with up to 246 flights a week, more than any other transatlantic carrier.

Flights to New York will increase from five to eight per day in December.

UK Ambassador to the United States, Dame Karen Pierce DCMG, said: “Today is an incredibly exciting and meaningful day for the UK-US relationship.

“We can all once again travel to each other’s countries to visit families, take holidays, and conduct transatlantic business.

“I am absolutely thrilled that safe and sustainable travel can fully resume between the UK and the United States.”

British Airways’ Chairman and CEO Sean Doyle, who is travelling on the BA001, said: “Today is about celebrating the UK-US reopening of the transatlantic corridor after more than 600 days of separation, and it was fantastic to be able to mark this by synchronising the take-off of British Airways and Virgin Atlantic flights for the first time ever.

“While flying is vital to connect the world and support the UK’s economic recovery from the pandemic, it’s important for us to use this moment to demonstrate how we’re driving our decarbonisation plans forward, and what the future will look like for aviation.

“That’s why we’ve directly powered our first flight to the US today with sustainable aviation fuel and offset emissions on behalf of our customers.

“We’re looking forward to the Government’s continued support to ensure the development and mass production of sustainable aviation fuel continues at pace.”