British Airways is the first airline in the United Kingdom to test the use of biometric technology for international flights, allowing customers participating in the trial to move through the airport “smartly” without needing to present their passport.

Customers who sign up to participate in the airline’s trial at London Heathrow Terminal 5 will be asked to scan their face, passport, and boarding pass on their smartphone or tablet before to their flight. This information will be stored securely.

Smart Bio-Pod cameras authenticate trial participants’ identities in less than three seconds, allowing them to carry their passports in their pockets until they reach their destination.

David Breeze, Operations Transformation Manager for British Airways, stated, “Not only is this the first time that our customers have been able to register their biometric information at home, but it’s the first time they can use it for British Airways’ international flights. This is a secure and efficient tool that makes for a smarter and smoother airport experience, which will reduce the time it takes us to board aircraft”

He added that the beauty of this technology is that it frees up the airline’s employees to handle more complex customer inquiries and provide the highest level of customer care possible.

Six months of testing will be conducted on British Airways flights to Malaga, Spain. Participants will be invited to use the Fast-Track security lane and will receive complimentary priority boarding.

If the trial is successful, it will likely be implemented on additional international flights.

It comes after the introduction of automatic biometric technology on British Airways’ domestic flights in 2017, when the airline became the first in the UK to do so. The technology records customers’ facial scans at Security and matches them to them at the boarding gate. 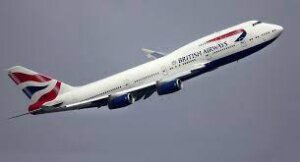