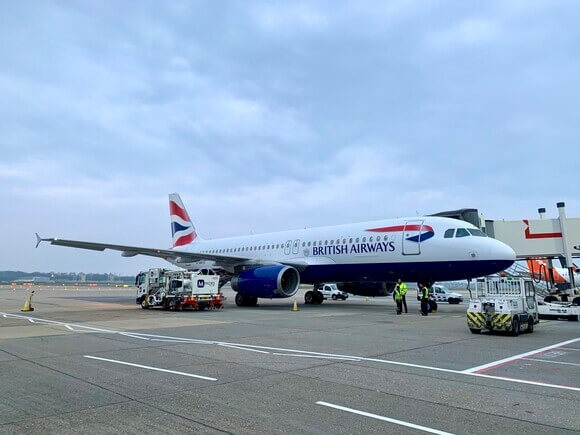 After two years British Airways returns to international short-haul flying from Gatwick Airport today (Tuesday 29 March), as its first service departed for Larnaca at 6:25am.

As a result of the Covid-19 pandemic the airline suspended its European operation at Gatwick Airport, moving a number of flights over to Heathrow.

Today marks a milestone in the airline’s recovery as it finally returns to international short-haul flying from the airport.

The new airline will operate in a similar manner to the company’s existing subsidiary BA Cityflyer, flying under the British Airways brand and delivering a premium British Airways product.

On the first day of operation, British Airways will operate four short-haul flights to Larnaca, Amsterdam, Paphos and Tenerife. In total, customers will have the choice of 35 destinations to fly to from Gatwick, before more destinations are added later this year.

Not only has the British Airways return to Gatwick created more choice for customers, but also helped create jobs as the airline undertook both a cabin crew and pilot recruitment campaign to fill positions at its new subsidiary.

“I am really proud of what we have created at Gatwick, we have an excellent team with lots of new and exciting talent.

“I am looking forward in anticipation to see our newest subsidiary grow, adding new routes and providing customers with more options to get away on holiday with a premium British Airways service.”

Millar Smith, British Airways Euroflyer Crew member, said: “I was over the moon when I found out that I had been accepted as crew for British Airways, it is my dream job!

“Before this I worked as a 999 handler for the London Ambulance Service, which has been incredibly useful throughout my training with the airline. British Airways is a premium British airline and that is what excited me about the job role. My first service will be to Tenerife and I can’t wait!”