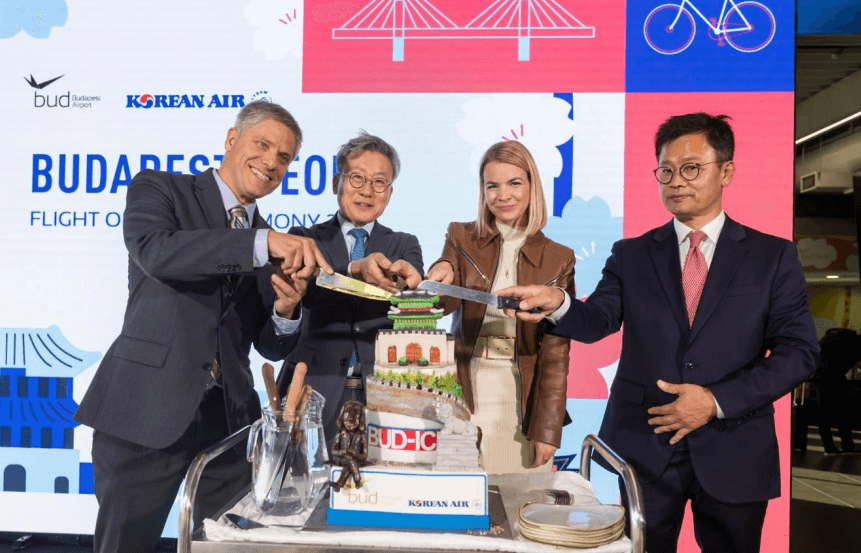 Budapest Airport has welcomed the arrival of its latest new airline, Korean Air, the flag carrier of South Korea.

The addition of the airline’s twice-weekly service to Seoul Incheon will serve as an important enhancement to the Hungarian economy and tourism.

Operated by Korean Air’s 269-seat B787 Dreamliner, the launch of the airport’s second connection to Seoul sees Budapest now offer 2,000 weekly seats between the two capital cities during W22, with future frequencies planned.

“Having recorded four times as many South Korean visitors during the first five months of 2022 when compared to the same period of last year, we expect this route to be in high demand from both tourist and business perspectives.”

„Korean Air will continue to foster Budapest as a strategic destination in Eastern Europe, and will closely cooperate with the Hungarian Government and Budapest Airport to vitalise the Incheon-Budapest route.”

Consistently welcoming more than one million passengers every month since May, Budapest Airport has today added its 10th new route of 2022.