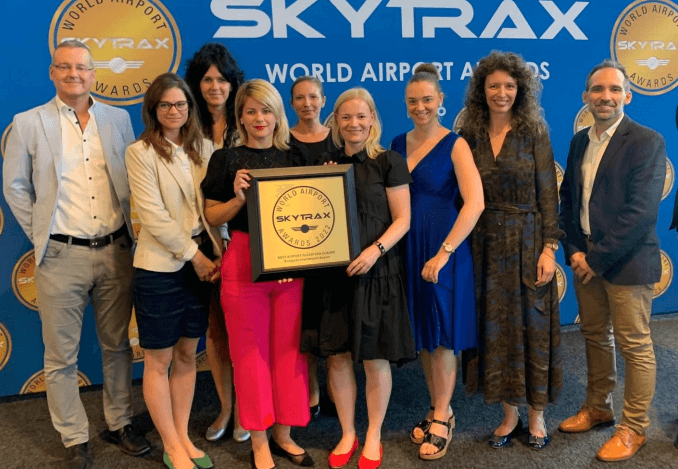 Budapest Airport has been named the “Best Airport in Eastern Europe” at the World Airport Awards, for the ninth consecutive year.

The award was presented during a ceremony at the Passenger Terminal EXPO in Paris on 16 June.

The World Airport Awards are the most prestigious awards in the aviation industry, voted for by passengers in the largest annual, global airport customer satisfaction survey.

It is the most credible feedback in the aviation industry, with surveys conducted at more than 550 airports, completely independent of airport management and other airport influences.

The award is based on the World Airport Survey questionnaire, which is completed by airport passengers of more than 100 nationalities during an eight-month period.

The survey assesses the travel experience and the various airport services from arrival through check-in, shopping and security, to departure at the gates.

Commenting on the award, Chris Dinsdale, CEO, Budapest Airport, highlighted: “We are extremely proud to have been named the best airport in the region for the ninth consecutive year.

“For us, this is not just an award but recognition of the hard work that Budapest Airport and the airport community put in day after day, to deliver high service quality to our passengers.

“It is clear that over the past three years, we have moved up a level as the focus at the airport has been on improving quality and the passenger experience, as confirmed by the ever-improving results of passenger satisfaction surveys.”

Edward Plaisted, CEO, Skytrax, said: “We congratulate Budapest Airport for their success in winning this important customer award as the best airport in Eastern Europe in 2022.

“The last two years have been extremely difficult for airports worldwide, having to cope with the many restrictions of COVID-19 and the severe drop in travel demand.

“With air travel quickly returning to a more normal level, the challenge to deliver the highest standards is being well met here at Budapest Airport.”