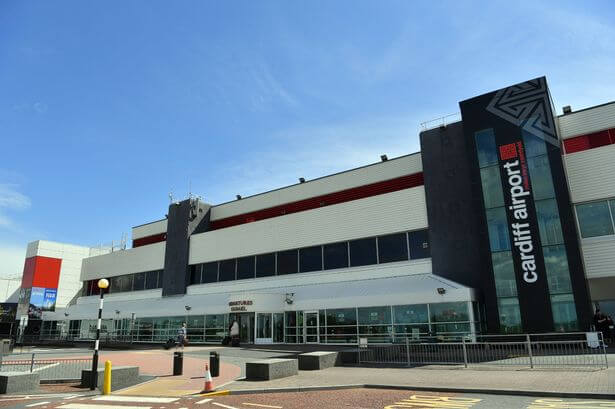 Cardiff Airport has confirmed its new Finance Director will be David Walters, who will join the national Airport on 17 August 2020.

Mr Walters, joins from the Harris Pye Group where he was Chief Financial Officer, having worked in the Middle East for the past 4 years before returning to south Wales during Summer 2020.  As Finance Director, Mr Walters will join the Airport Board and play a significant role at a strategic level in delivering and maintaining a successful and sustainable Airport for Wales.

He joins as Cardiff Airport ended the 2019/20 financial year at 1.588 million passengers, which represents flat passenger growth year on year. At the end of February 2020 and prior to the COVID-19 pandemic, annual passenger growth was 7%.

Mr Walters has extensive experience in senior management roles, with a career spanning over 25 years.  He joined Harris Pye in 2014 and later joined the Board as Chief Financial Officer in 2016.

Originally from Porthcawl, Mr Walters is an Economics graduate from the University of Bath and Chartered Accountant having started his career at Clay Shaw Thomas and then the Macob Group.   He is a Fellow of the Institute of Chartered Accountants England and Wales.

“I am excited to be joining the evolving Board at Cardiff Airport under the guidance of the new Chairman and Interim CEO.

“I look forward to contributing to the recovery of activities post Covid-19 and thereafter the medium and long term growth. The Airport is an important and iconic part of the Welsh economy, so I jumped at the chance to become part of the team.”

“On behalf of the whole Airport team, I’d like to welcome David to Cardiff Airport.

“He joins at a challenging time for the whole industry however I am confident the skills and experience which David brings will benefit the business for our recovery and in delivering the longer-term ambitions for the Airport.”

Outgoing Chief Financial Officer, Huw Lewis announced his departure earlier this year and will be leaving Cardiff Airport in September 2020 for a role at The Royal Mint.

“I would like to thank Huw for everything he has done during his time at the Airport, we have gone through a transformational period and Huw has made a significant contribution to our strategic development and in leading the Finance and IT teams.

“We all wish him the best of luck with his new role at the Royal Mint.”

Cardiff Airport is an important part of the transport infrastructure in Wales and a major contributor to the local economy, supporting 2,400 aviation-related jobs.  As the national airport for Wales, it drives over £246m of direct economic benefit to the region every year with over 30% of passengers being visitors to the country.

Prior to COVID-19 passenger growth had reached over 50% since the Airport came under public ownership in 2013. This growth reflects the Airport’s position as not only a point of departure, but also as a key international gateway for visitors to the UK.

Lufthansa Supervisory Board extends contract of Harry Hohmeister ahead of schedule

Lufthansa Supervisory Board extends contract of Harry Hohmeister ahead of schedule