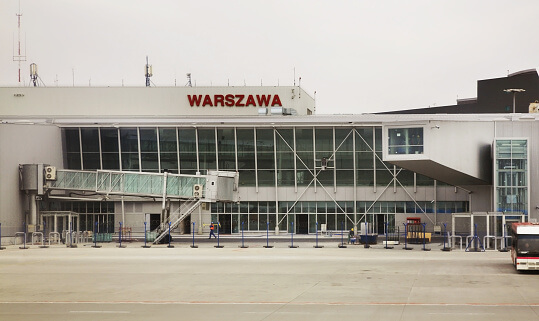 Rounds of negotiations, which have been held daily for some time, have covered decisions on the issues of ensuring safety and organization of work. The auditors accused the employer that the new rules, imposed at the start of the year, are contrary with international procedures and will encourage errors. In return PANSA argued the new rules of the organization are forced by the need to cut costs, and the high level of pay is impossible to maintain. From 208 air traffic controllers working earlier this year, 44 have already quit with another 131 reportedly preparing to leave by the end of April.

The head of the government report passengers who have purchased tickets for flights that will not take place in the event of an agreement will receive compensation. To maintain safety standards, the many more flights will be cancelled if further controllers decide to leave their positions on the 1st of May.

​​The government are preparing by limiting the operating hours of Warsaw Chopin (WAW), Poland’s largest airport, and the smaller Modlin airport (WMI) to the north of the city that serves Ryanair. In this order set out by the set out by Poland’s Prime Minister Mateusz Morawiecki, new operation times are between 0930 and 1700, which will lead to the interruption of about 300 flights a day.

If a compromise cannot be reached, passengers will be the most affected. Morawiecki critised the controllers, saying to WProst; “This is a narrow professional group which earns a lot in Warsaw and I think they could compromise here and come to an agreement,”, adding that “they some of the best work conditions in Europe”, mentioning their already short working week.

The order sets out a priority list of 32 airports with connections to Warsaw, Heathrow, Luton, and Stansted, main airports of Frankfurt, New York, Chicago, Paris, Brussels, Istanbul, and Rome. Further, flights out of Warsaw Chopin hold priority over those from Modlin. Polish airports in Szczecin and Rzeszów also made the list, the latter being the key point for shipping military and other aid to war-torn Ukraine.

Rivals like Ryanair criticize restrictions that favor the Polish state-owned carrier. The chief exec of Ryanair Michael O’Leary commented in a statement; “The prime minister arbitrarily selected 32 destinations served from Warsaw, to give them priority in the event of the expected ATC capacity collapse on 1 May.” According to Ryanair, excluding routes to Stockholm or Milan is “inexplicable,” as is the inclusion of “LOT’s routes to Berlin and Vilnius, which can easily be reached by train or road in just a few hours.”

Ryanair called on European Transport Commissioner Adina Vălean and competition chief Margrethe Vestager “to intervene today to ensure that basic principles of EU law are respected by the Polish prime minister and to prevent this blatant discrimination against Ryanair and our customers.”.