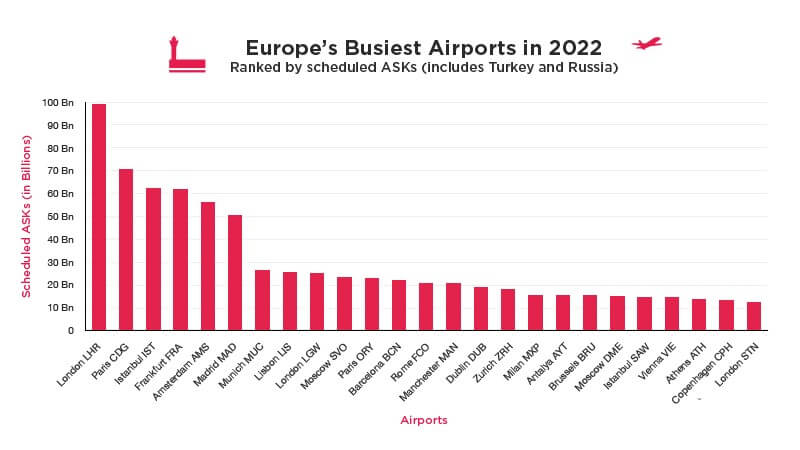 According to data from Cirium, London Heathrow has once again emerged as Europe’s busiest airport by the important measure of available seat kilometers (ASKs).

This further emphasizes Heathrow’s importance in the long-haul market. Despite its capacity limitations, Heathrow has been leading all European airports in ASKs for decades.

Paris Charles de Gaulle ranked second among Europe’s airports by ASKs, but the gap with Heathrow was large.

The Turkish beach resort of Antalya had its airport make the top 25 list as well. Four UK airports made the top 20, namely Heathrow, Gatwick, Stansted and Manchester.

In 2022, Heathrow was still 24% smaller in terms of ASKs than it was in 2019, while other leading hubs such as Istanbul’s main airport, recorded 2% growth.

This indicates that despite the challenges faced by the aviation industry due to the COVID-19 pandemic, certain airports have managed to maintain their position as major players in the industry.