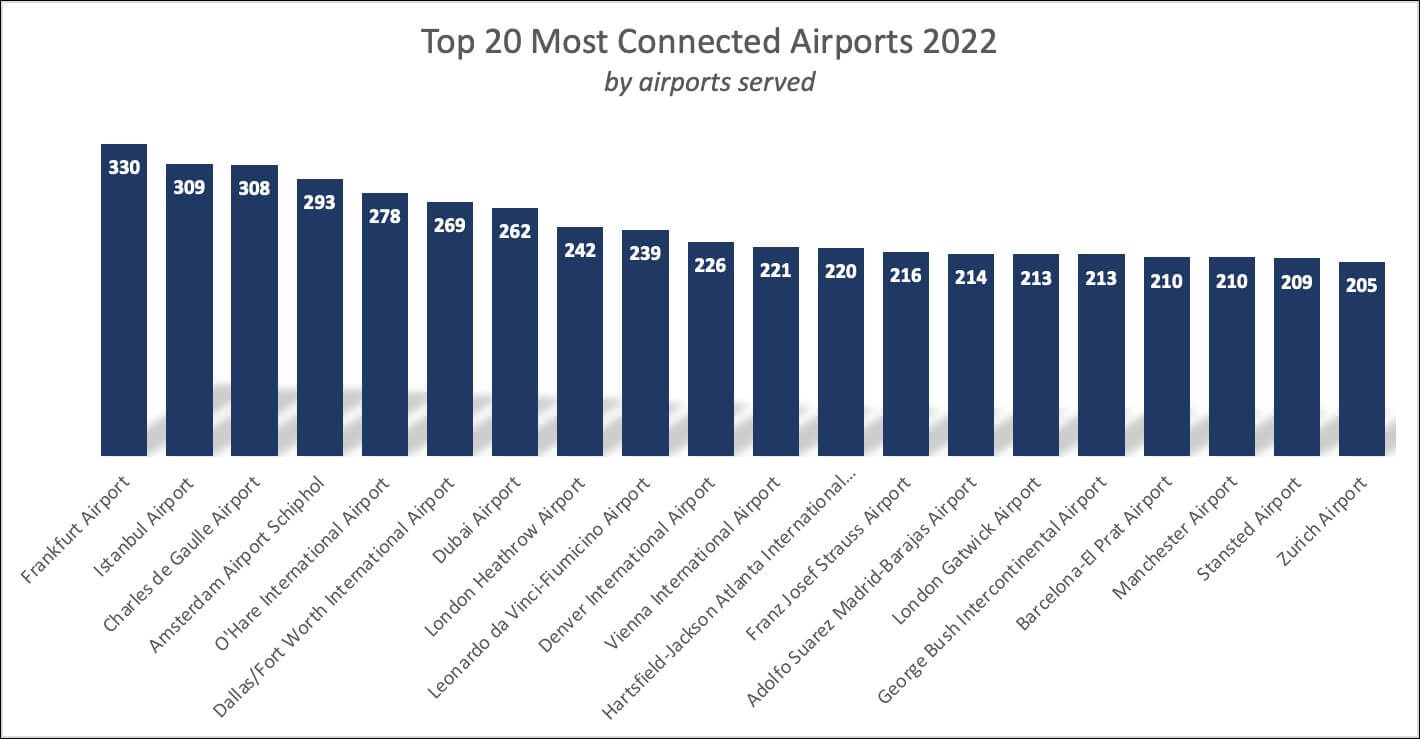 The aviation analytics firm, Cirium, recently released data on the most connected airports of 2022 based on the number of unique destinations served from each airport throughout the year.

The results of the study show that Frankfurt Airport is the most connected airport, with flights arriving from over 330 different airports.

These airports are closely followed by Munich and Amsterdam, which both have more than 300 destinations.

One interesting takeaway from the data is the absence of major Gulf hubs such as Doha and Abu Dhabi from the list. Dubai is the only airport from the region to make the top 20, coming in at seventh place.

In terms of British airports, London Heathrow achieved eighth place on the list, while London Gatwick, Stansted and Manchester also made it into the top 20.

Overall, the data shows that airports in Europe and North America dominate the list, with Asian airports being underrepresented.

The study highlights the significance of connectivity for international travel and commerce, and the role that major airport hubs play in connecting people and businesses around the world.

In the end, its shows the Frankfurt Airport standing out in the list as the best connected airport for the year 2022.

With flights arriving from over 330 different airports, it set a benchmark for other airports to follow.

This data could be helpfull for travelers and companies in order to make decision of destination, schedule, and also to make the best out of air transportation.