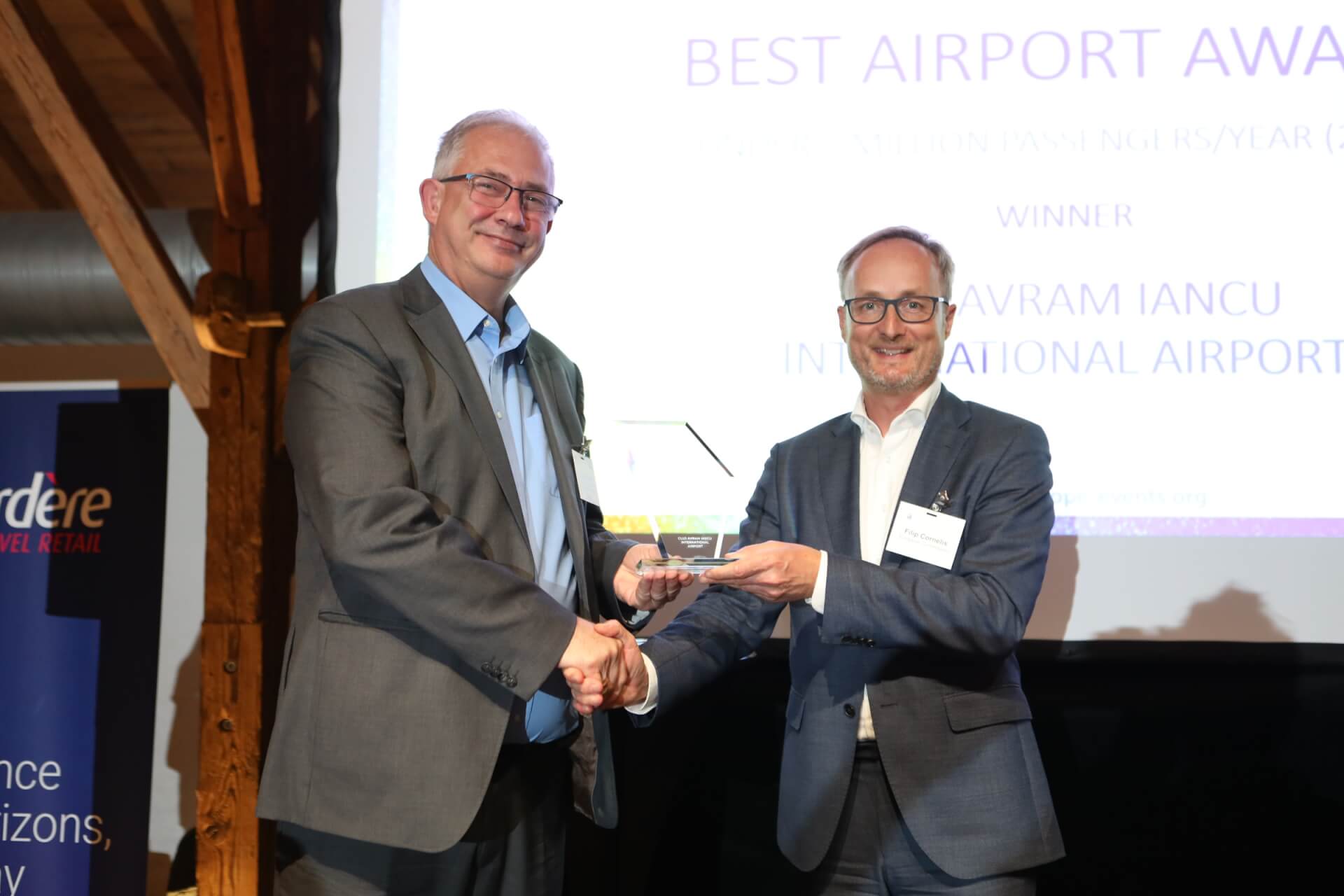 On October 26th, 2021, Cluj “Avram Iancu” International Airport was granted for the first time in its history of more than 100 years, the Best Airport in Europe award in the under 5 million passengers per year category, during the 17th edition of the annual Airports Council International – Europe Region (ACI Europe) Awards Gala, held in Geneva.

The event took place during the 31st Congress and General Assembly of ACI EUROPE, which brought together leaders of the air transport industry from 55 countries.

The official press release of ACI Europe mentions the following: “This year’s Award in the ‘under 5 million passenger’ category went to Romania’s Cluj Avram Iancu International Airport for its unswerving focus on safeguarding jobs throughout the COVID-19 crisis, with significant measures taken to repurpose the workforce to adapt to the pandemic conditions.

“The airport was also praised for its swift recovery of passenger traffic. The airport’s efforts to bring in new airlines and new routes with its strong incentives programme have resulted in Cluj now boasting more routes than pre-pandemic. ” 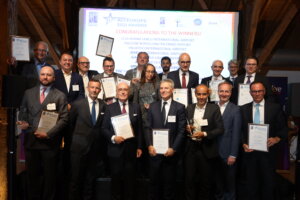 The jury acknowledged the candidature and valued Cluj International Airport for the management measures implemented throughout the SARS-CoV-2 crisis, and the reconversion of the workforce in order to adapt to pandemic conditions, for the rapid recovery of passenger traffic but also for the airport’s efforts to bring new routes and airlines, which made Cluj International Airport have more routes in 2021 than before the pandemic.

During the General Assembly of the Board of Directors of ACI Europe, Mr. David Ciceo, CEO of Cluj International Airport, was re-elected for a 3 years period as a member of the management structure of ACI Europe.

The re-election of Mr. David Ciceo into the board of ACI Europe comes as a recognition of his work and remarkable achievements over the years, both nationally and internationally.

Cluj International Airport has become over time, a regional leader recognized for the excellence of its services, professionalism and ability to adapt to the requirements of a constantly changing industry.

This prestigious award confirms the successful management of the airport activity during this unprecedented crisis of worldwide scale and also completes Cluj International Airport’s portfolio, appreciated at international level.