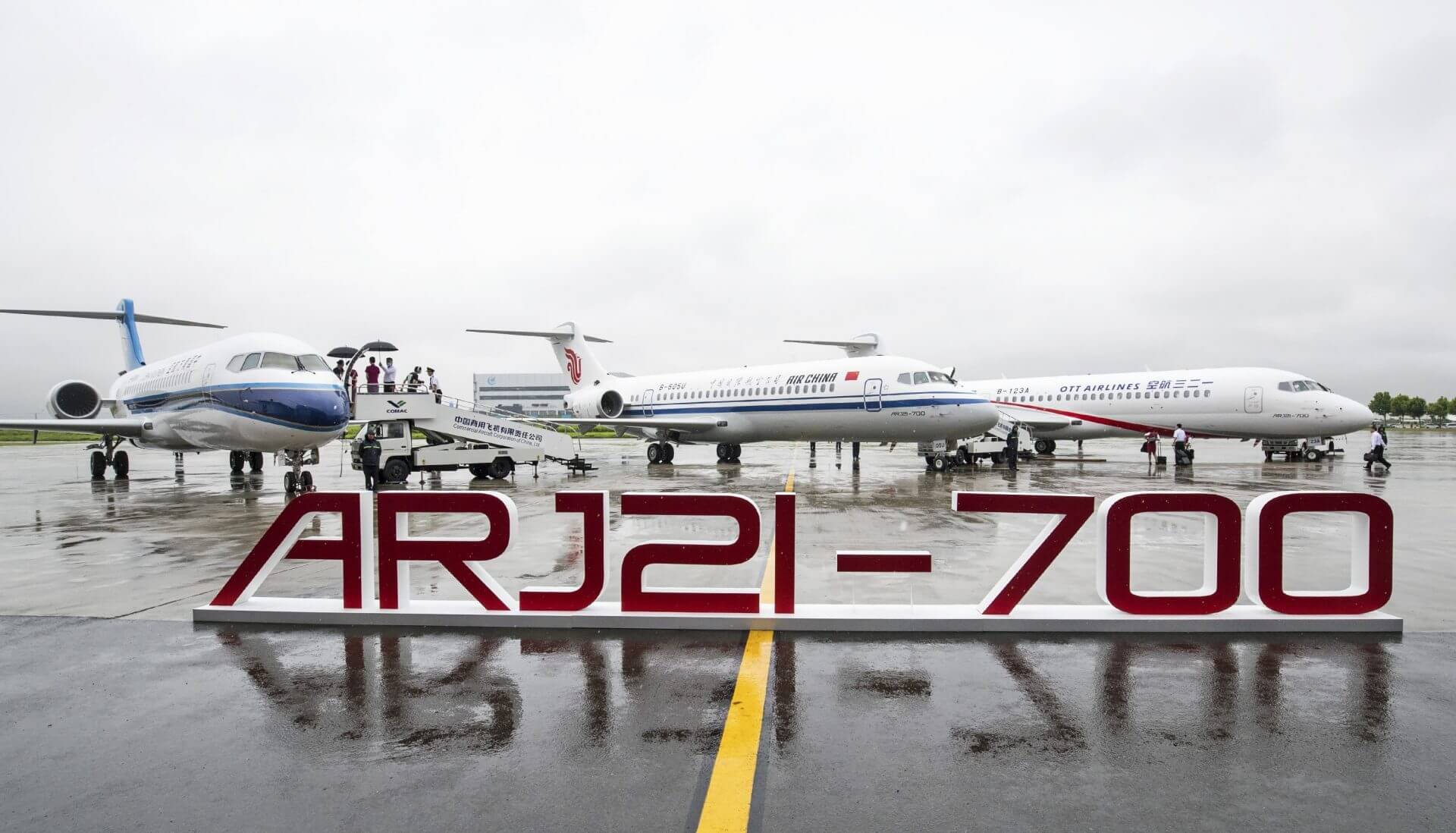 All three of the major Chinese airlines now having taken delivery of the Comac ARJ21-70. The indigenous airliner was introduced in 2016 when Chengdu Airlines took delivery of the first.

At a ceremony at Shanghai Pudong, the three carriers’ aircraft were lined up side-by-side for the handover.

Each airline has ordered 35 ARJ21-700, which resembles the Douglas DC-9/McDonnell Douglas MD-87. They will become one of the mainstays of the domestic fleets of these carriers. It is hoped by Comac that they will challenge the dominance of Bombardier and Embraer in the regional jet market, whilst their upcoming Comac C919 is hoped to challenge the Airbus A220, A320 and Boeing 737 families.