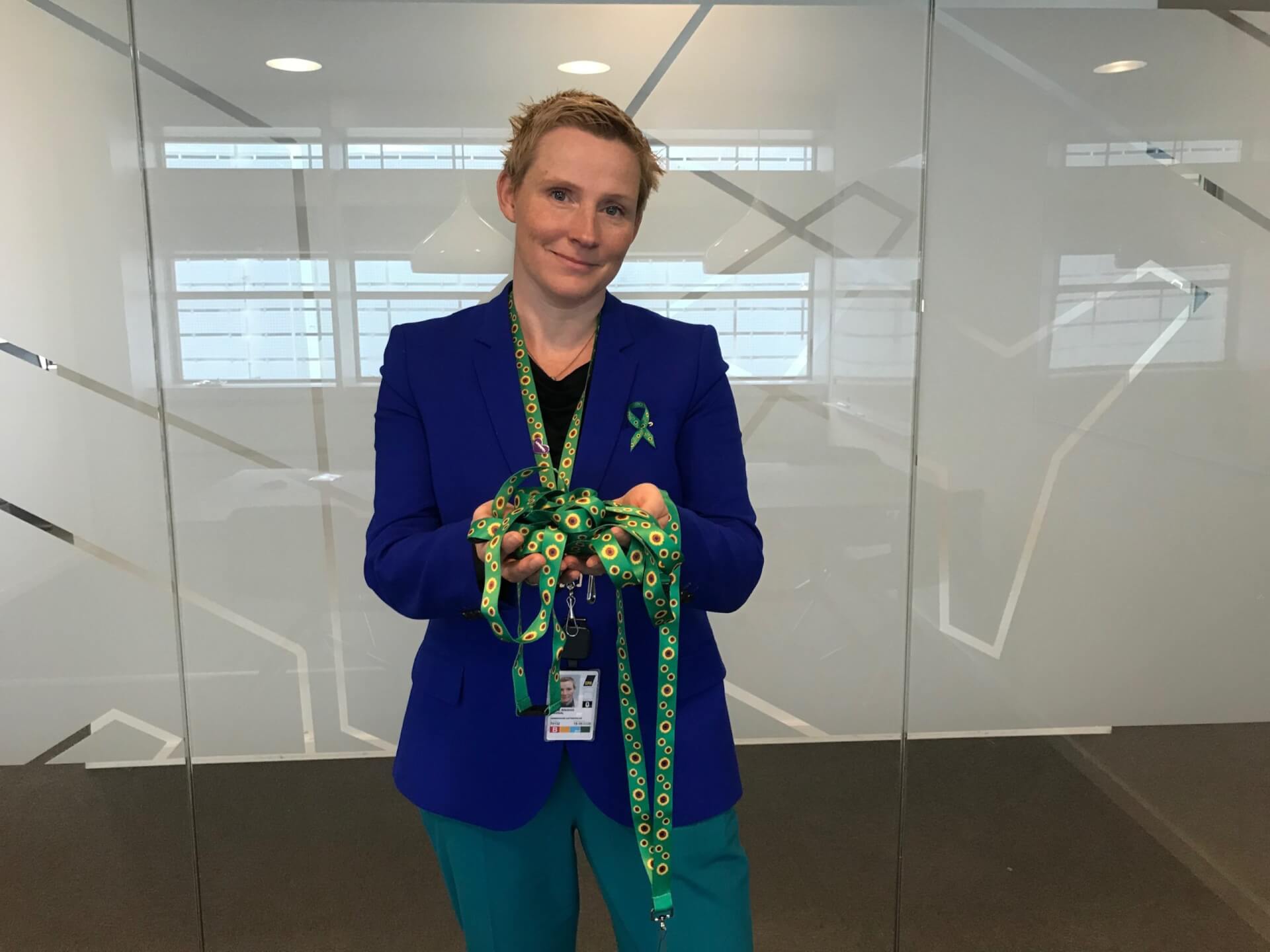 Airport procedures such as check-ins, security checks and boarding the aircraft can be a stressful experience for all travellers. For people with hidden disabilities, such as autism, Alzheimer’s disease, brain damage, ADHD, or dyslexia, making their way through an airport can cause additional strain.

Now people with hidden disabilities can wear a green lanyard with a sunflower around their necks, enabling employees at Copenhagen Airport to recognise that the wearers may require extra time or patience. Through instructional videos, airport employees are introduced to various diagnoses and disabilities, so they are better equipped to handle the diversity represented by the airport’s visitors.

“The sunflower lanyard ensures that people with hidden disabilities and diagnoses do not have to explain or justify their needs in situations involving anxiety, stress, confusion or a need for help. Through training videos, our employees across the many companies at the airport have gained a basic knowledge of what they should and should not do when they encounter someone with a hidden disability,” explains Service Excellence Director at Copenhagen Airport, Stine Marsal.

Apart from the ability to follow a special lane at the security checkpoint if the wearer contacts the employee at the entrance, Stine Marsal points out that the sunflower lanyard does not confer any special benefits other than acting as signal to airport employees that the wearer is someone who may require extra consideration, time, patience or help.

Wearing the sunflower lanyard is optional, it is free of charge and it can be collected at the information desk and at most check-in counters at the airport.

Encouraging more to introduce the sunflower lanyard
The sunflower lanyard is new to Denmark, but it is already being used in many places throughout the world. Especially in England, where the idea originated, there has been great success using it in airports, supermarkets and similar places.

At the Disabled Peoples’ Organizations Denmark, there is a lot of enthusiasm for the sunflower lanyard as well as the hope that more places will adopt its usage.

“It can help calm the anxieties of travellers with hidden disabilities and help them successfully navigate what is often a hectic airport. I hope that the initiative will be widespread in many places here in Denmark, such as amusement parks, department stores or other forms of public transport,” says Thorkild Olesen, Chairman of Disabled Peoples’ Organizations Denmark.

He shares this wish with Copenhagen Airport, which hopes that other companies will view the sunflower lanyard as an opportunity to assist a large customer group in a concrete and tangible way.

Training for approximately 25,000 people
Copenhagen Airport has received very positive feedback from some of the passengers who have made their way through the airport wearing the sunflower lanyard. Naturally, that is something the airport is pleased about, partly because it has required major resources to train the approximately 25,000 people distributed across the 1,250 companies that operate in the airport on a daily basis. But it isn’t the only benefit to the company:

“We have also noted that it has had an incredibly positive effect internally between colleagues. People with hidden disabilities and diagnoses are not just our customers. They are also ourselves. They are our families and those closest to us. The sunflower lanyard initiative has opened up a dialogue between colleagues about our own challenges with children who have diagnoses, our own challenges, parents with dementia, etc. so the initiative has also helped us open up to each other. It has all been worth it, and we hope that we can help inspire others to introduce the sunflower lanyard so we can help people with hidden disabilities to be seen and understood,” explains Stine Marsal.