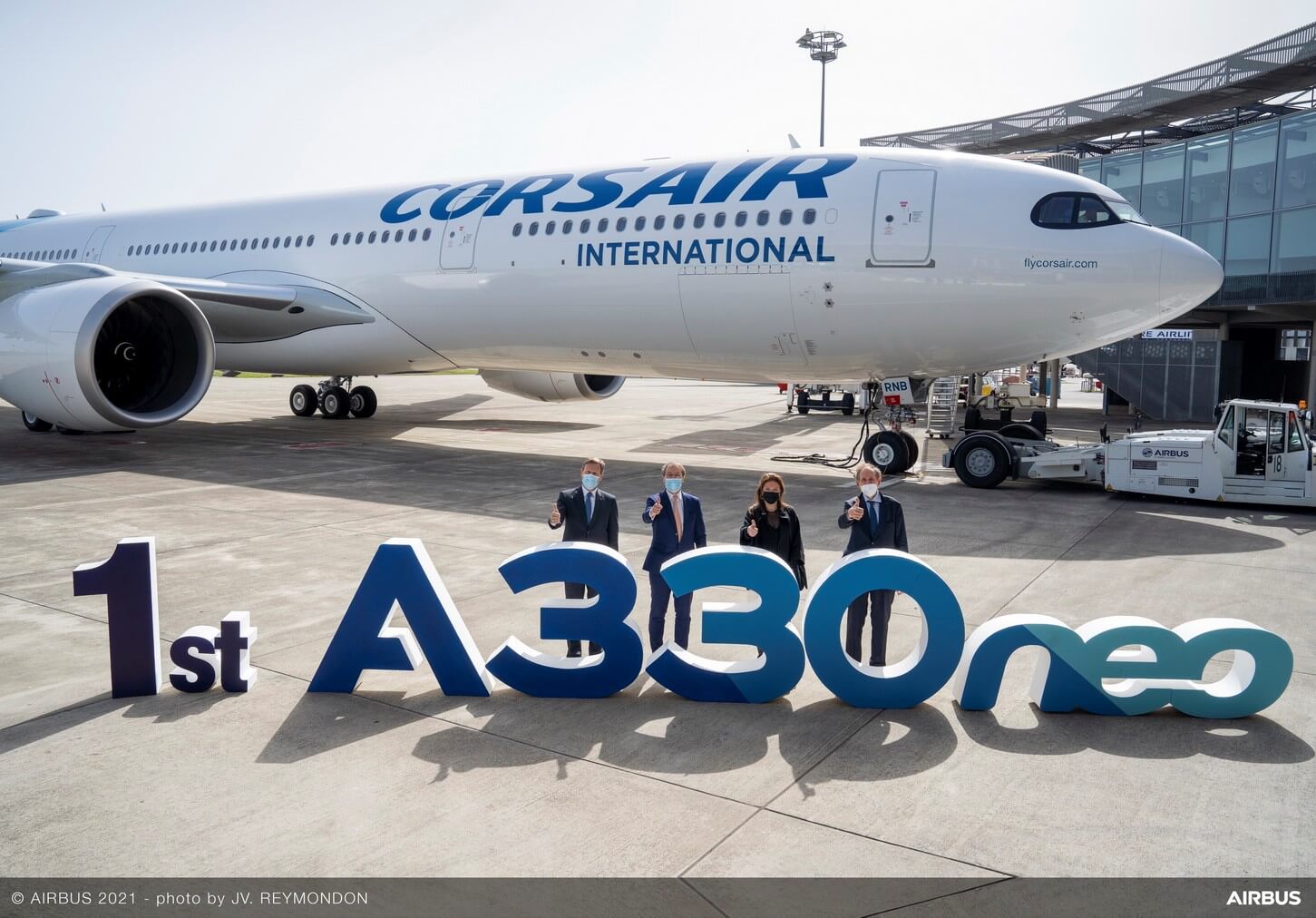 Corsair has taken delivery of its first Airbus A330-900 on lease from Avolon.

The aircraft is the first of five the French carrier has on order and offers 352 seats in a three-class layout while power is supplied by Trent 7000 engines.

The A330neo will also be the first to feature an increased take-off weight of 251 tonnes, giving it the capability to fly to long-haul destinations up to 13,400km away.

The A330neo is a new-generation aircraft and successor to the A330ceo widebody family amd offers a 25% reduction in fuel burn and CO2 reductions thanks to a number of innovations including new wings and winglets. 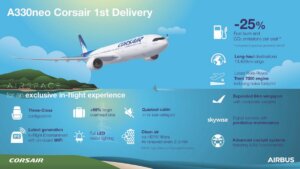